And anyway there are other interesting avenues in the world for folks with political chops who have been through some grueling vetting. Like maybe being a 2022 Democratic candidate for Georgia governor, or maybe joining a Biden cabinet next year.

On to more metro Atlanta happenings:

Paulding County made headlines for a viral picture of maskless students crowded in a high school hallway earlier this month.

And for the suspension of two students for posting those crowd photos to social media.

Then, innumerable editorials and social media posts made a punchline of the Paulding school superintendent for saying he couldn’t enforce any mask mandate.

To the zillions of people who pointed out that schools police clothing all the time — just ask any parent about spaghetti straps or raunchy T-shirts — Georgia School Superintendent Richard Woods offered a bit of an amen.

“I have reminded local superintendents and boards of education that districts and schools have the authority to mandate masks/face coverings through their dress codes,” he wrote in a public letter this week.

“I am aware, however, that some teachers and students in this state have felt compelled – explicitly or implicitly – to remain silent when they have concerns about their school district’s safety plans,” Woods wrote. “I want to state unequivocally that this is not acceptable.”

Paulding has lifted the punishment on the two suspended students.

The United Way of Greater Atlanta has launched a new initiative: the United for Racial Equity and Healing Fund, designed to reduce and prevent racial inequities that impact the well-being of children.

Atlanta-based Global Payments has made a $250,000 donation to the Fund, the first large donation that has come in. 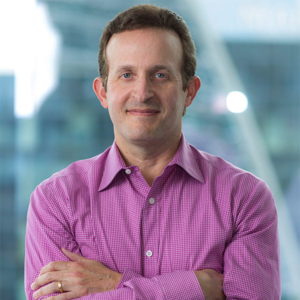 United Way plans to raise $1 million in donations to the fund, which it will match through its resources. The Fund will seek to address the root causes of racial inequity across greater Atlanta in the areas of education, health, housing and economic stability.

“Our investment highlights the importance of the work that United Way is doing to focus on the injustices that are taking place in our world today. Together, we will continue to work to drive positive change in the communities in which we live and work and stamp out injustice.”

Milton Little, Atlanta United Way’s president and CEO, said the Fund will invest in structural solutions aimed at long-lasting change to “address the root causes of racial inequity and prioritize hope, healing, and care during an unprecedented time.”

Nearly 500,000 children in metro Atlanta live in communities that lack the basic resources for children and families need to thrive. These communities are in zip codes where the majority of residents are people of color. These are also communities where COVID-19 hit hard, exposing the health and economic disparities resulting from years of disinvestment and structural racism.

Funds will be invested in organizations in Greater Atlanta primarily focused on racial inequity challenges in their communities and on a regional level. Priority will be given to organizations:

• Led by (executive leadership, staff, board) and focused on Black, Indigenous and People of Color (BIPOC) communities most directly impacted by structural racism,
• Leading policy and advocacy efforts that intersect with on-the-ground civic engagement that is focused on people of color,
• Prioritize youth voices and take a multi-generational approach,
• Working on or adjacent to racial justice efforts.

In an online talk with the Rotary Club of Atlanta on Monday, Aug. 10, John Selden, general manager of Hartsfield-Jackson International Airport, painted a portrait of the last five months. 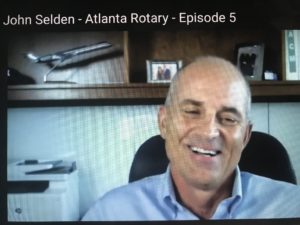 Since then, Selden said the airport has been looking on how it can rebuild its business and what recovery will look like.

“We kind of have a Nike swoosh,” said Selden, who outlined all the measures the airport and the airlines have taken to protect the flying public. “We have made travel as safe as possible, if you follow the CDC guidelines.”

And business has started to come back gradually.

“We are up to 1,500 flights a day,” Selden said, adding that airlines have intentionally reduced the number of passengers on those flights. “We are flying !00,000 passengers a day, or 30 percent of where we were.”

Selden, who was Navy pilot before he got into the airline business, described the pandemic in warlike terms.

“We have this enemy we don’t know how to fight,” said Selden, who added that his Navy training helped prepare him to lead during a crisis.

Looking ahead, Selden said the airport expects that by May of next year, it will recover to about 50 percent of the passengers who were traveling pre-pandemic. That’s what Hartsfield-Jackson will need to “maintain our business model,” he said.

Meanwhile, the airport is continuing with its multi-billion-dollar capital improvement plans. It is building out five new gates; it is improving the plane-train turnaround times; and it is building pedestrian bridges across its roads.

“We are going to be ready to roll when this pandemic is over,” Selden said.

The airport has been working with its concessionaires and retailers to help them through this period. There were about 340 venues in all.

Selden said that about 125 have reopened, and the airport has waived the minimum rent guarantee.

“We want to make it as attractive to them to bring their business back,” said Selden, adding that it is a precarious time. “Hartsfield-Jackson and airlines are incredibly fragile businesses. Many moving parts cause fragility.”

A new Clayton County MARTA facility is getting an $13 million boost in the form of a Federal Transit Administration grant.

The facility will include a MARTA police precinct, and areas to maintain, wash, fuel and inspect buses; and to train drivers.

It’s expected to significantly reduce what are known as deadhead costs, or the distance a bus travels without customers.

And hey, even President Donald Trump is excited about it. He tweeted about a bunch of FTA grantees including this one.

Access to Capital for Entrepreneurs announced this week that it has received a $4 million Grow with Google Small Business Fund loan from Opportunity Finance Network. 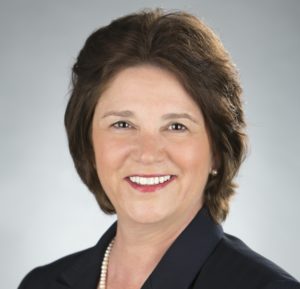 “Our business owners of color and female entrepreneurs have been hit hard during the pandemic. ACE’s quick response to meet the needs of these small businesses throughout Georgia is due to partnerships like Google investing in CDFIs,” said Grace Fricks, ACE president and CEO, in a statement announcing the Google partnership.

Atlanta Hawks fans can hand the team a win over California rivals by pledging to vote.

The Hawks, the Golden State Warriors and the Los Angeles Clippers have jumped into the “Voters Win” campaign competition.

The competition will mirror an NBA game and feature four quarters, allowing one winner at the end of each.

At the end of each quarter, the team that collects the most pledges from fans will receive the John Lewis: Good Trouble Trophy in honor of the late civil rights icon.

The Good Trouble campaign is tied to the documentary John Lewis: Good Trouble, which tells the story of Congressman Lewis’ life. The last quarter of the ‘Voters Win’ competition will end on Election Day, Nov. 3, 2020.

To participate in the competition, fans can text HAWKS to 26797 to register to vote or check to see if they’re registered, as well as receive voter education resources and information about candidates and the elections.

Already this year, the Hawks have donated use of State Farm Arena to Fulton County as an early-voting precinct.