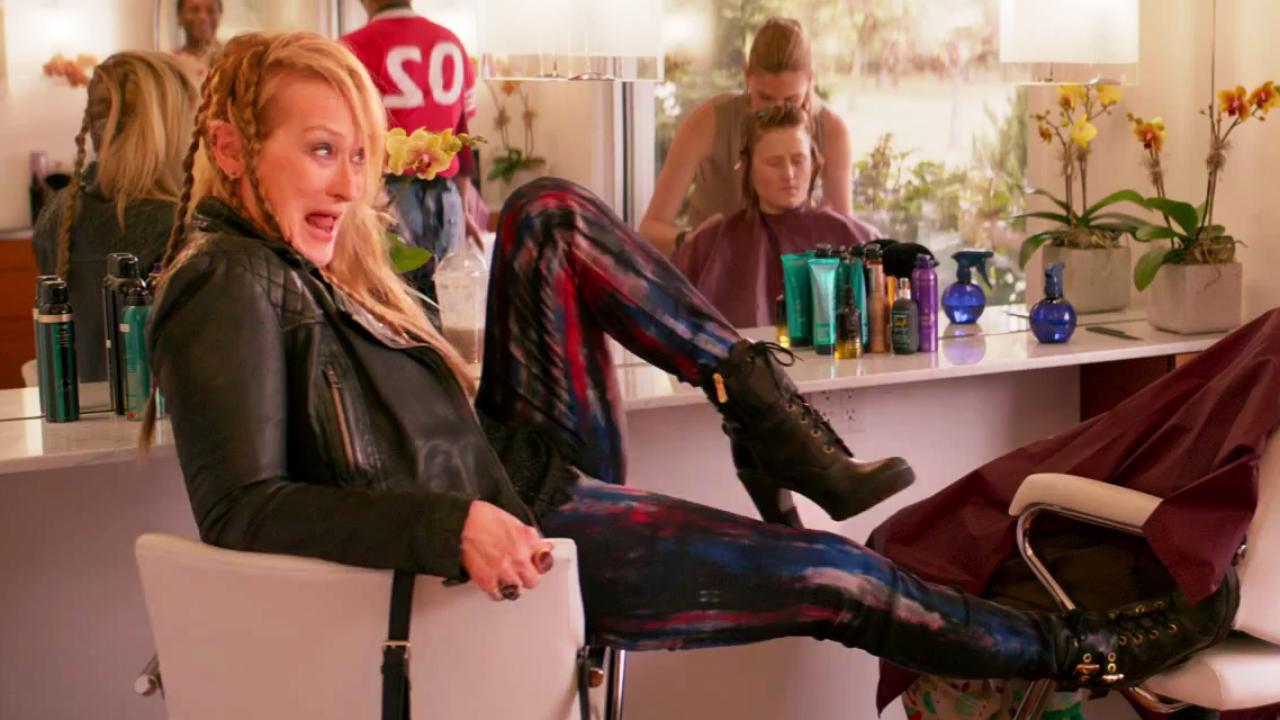 As scene from 'Ricki and the Flash' with Meryl Streep

Director Jonathon Demme has an Oscar for “The Silence of the Lambs.”

Screenwriter Diablo Cody has an Oscar for “Juno.”

Meryl Streep has Oscars (and nominations) for just about everything she’s ever done, which means Margaret Thatcher, Julia Child, an evil nun, an overwhelmed mother, a Holocaust survivor, a horrible boss, etc., etc., etc.

So how did this edgy trio come up with something so, well, soft and soggy as “Ricki and the Flash?

That isn’t the same as boring.  “RATF” is character-focused and anything that puts Streep on screen with Kevin Kline, Audra McDonald and Mamie Gummer is going to have some kind of spark. 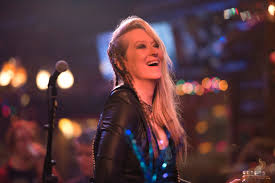 Meryl Streep stars as rocker in ‘Ricki and the Flash’

But for the most part, you keep waiting for that spark to ignite and it simply doesn’t happen.  There are conflicts, resolutions, more conflict, more resolution.

Streep plays the self-dubbed Ricki (real name, Linda), a hard rocker fallen on hard times. Not that times were ever that good. Still, she and the Flash (most notably, lead guitarist/lover, Rick Springfield) have a regular gig at a small club where they play oldies for an appreciative audience of young and old.

They’re so good jamming that it’s something of a surprise to find out Ricki’s real job is as a checkout clerk at Total Foods (any resemblance to Whole Foods is purely intentional and legally spotless).

The plot kicks in when Ricki gets a call from her ex, Pete (Kline). Their daughter Julie (Gummer, Streep’s real-life daughter), has just tried to commit suicide.

Pete’s current wife, Maureen (McDonald) has been an excellent stepmother. But she’s conveniently busy elsewhere with a sick parent.

Why anyone with half a brain would call Ricki isn’t clear, but Pete does. So she immediately heads to Indianapolis where her ‘80s-manque style (black leather and braids) doesn’t go unnoticed. But then, Julie is wondering around unwashed in her pajama bottoms, so…. 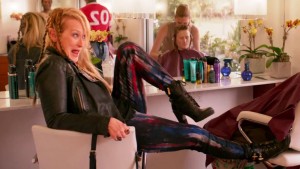 As scene from ‘Ricki and the Flash’ with Meryl Streep

Family problems abound. Maureen returns home, so there is tension. A son has just gotten engaged, so there’s more tension. Another son has just come out of the closet so, more tension. Plus, there’s a spark between Ricki and Pete, which inevitably causes tension when Ricki rejoins the band.

It all adds up to…. well…not much. Except a nicely-acted, reasonably entertaining picture that’s been relegated to the dread dog-days-of-August dumping ground.

“Ricki” comes off like a good idea everyone agreed on — let’s see Streep in something entirely different — but never developed. That said, there are some important themes here, most notably a gender climate which allows men much more leeway than women.

In a strangely out-of-nowhere moment, Ricki observes that Mick Jagger can experience fatherhood (with 4 different women) and the rock life, without anyone dissing his role as a father. For women, a lot more questions — and judgments — arise.

Do you want to see “Ricki and the Flash?” Well, considering what else is around, why not? At least you get to see Streep playing around in Janis/Patti territory. And you get to hear her sing  — which, like everything she does, is carried off with an astonishing expertise.

Previous Article
What they felt the town really needed was an evening business school
Next Article
The Castle, home of Atlanta’s “most interesting & creative humans,” could gain historic status