Reports indicate he passed away in a hospital near his home in White Plains, N.Y. He was 73 years old. 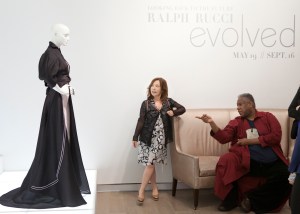 The Savannah College of Art Design (SCAD) community is in deep mourning after the passing of fashion journalist and former Board of Trustee member André Leon Talley.

“André had the heart of an educator, and took that work seriously as a longtime member of the SCAD Board of Trustees, SCAD commencement speaker and frequent giver of masterclasses,” SCAD President and Founder Paula Wallace said in a statement.

After receiving his Bachelor’s in French studies at North Carolina Central University and Master’s from Brown University, Talley moved to Paris until Vogue fashion editor convinced him to move to New York in the early 1970s.

From the receptionist at Andy Warhol’s Interview magazine to Paris bureau chief for Women’s Wear Daily and finally the creative director and editor-at-large under Anna Wintour at Vogue, Talley dressed former first lady Michelle Obama and was later known as a judge on “America’s Next Top Model.” 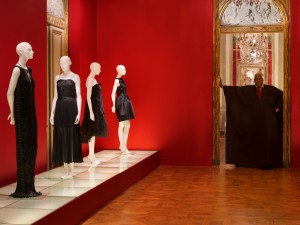 “André [was] fashion’s true original,” Wallace said. “A polymath, his incisiveness on film, architecture and design were as well-honed as his eye for fashion.”

The SCAD Museum of Art in Savannah also benefited from Talley’s talents when he curated the “Little Black Dress” exhibition in 2012.

Talley donated his “ALT Collection” to SCAD which includes photos, artwork and other memorabilia for students to observe and use for inspiration and research for their future endeavors.

“He loved SCAD students,” Wallace said. “A couple of years ago, after a screening of “The Gospel According to André Leon Talley” at SCAD Atlanta, he held forth on stage for hours, taking selfies with at least a hundred eager students, making each one feel loved and seen.”

No information on funeral arrangements has been provided at this time.