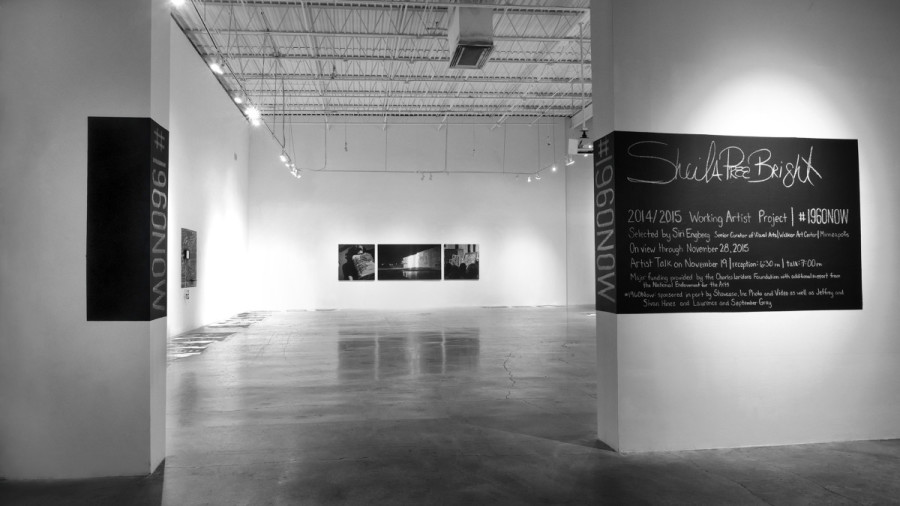 Sheila Pree Bright's exhibit at the Museum of Contemporary Art

Atlanta is blessed with a seasoned crew of first-class African-American photojournalists that include the likes of Sue Ross, Henry Dodson, Bud Smith, Jim Alexander, Horace Henry, Faith Swift and John Glenn among many others.

But Sheila Pree Bright may be the best of a new breed of younger black photographers who are telling stories and creating art in a “decidedly different” way than their older contemporaries.

Bright wields her camera, much like a protester defiantly waving a protest sign. She is a fully committed and conscientious activist and artist. She spent four days shooting in Ferguson, and some six weeks on the streets of Baltimore documenting the civic unrest there. 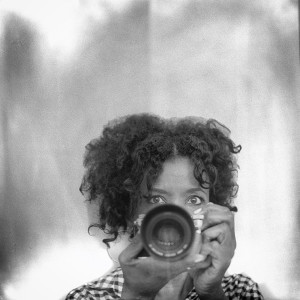 She counts among her friends old-line civil rights leaders like SCLC chairman Dr. Bernard LaFayette and Lonnie King, co-founder of the Atlanta Student Movement. But Bright is also politically aligned with an array of new age protesters such as Aurielle Lucier, co-founder of It’s Bigger Than You, and Bree Newsome, the athletic activist who dramatically removed the Confederate flag from the state house in Columbia, SC.

“While I may be labeled an activist, I view myself as more of a visual cultural producer, and in the art world I am a fine arts photographer.” says Bright, a Generation X  and self-described “Army brat” who attended the University of Missouri.

Sue Ross is such a revered and respected Atlanta photo-journalist she is routinely referred to as a griot, which is a renowned African storyteller.

“A lot of us have been in photojournalism for years, but those kinds of opportunities and career paths are no longer available,” Ross explains. “Sheila is one of the top fine arts photographers who are adept at attracting acclaim, grants and other funding with her new breed of energy and expression.”

That’s why Bright’s new exhibit of black-and-white photographs is attracting rave reviews – and a fair share of controversy. All of the photos in her exhibit are shot in a gritty and gripping black and white format. “Black and white makes a statement,” Bright says. “It creates a mood.”

“Sheila has an interesting perspective of looking at activists today and yesterday,” says Ross.  “Her black and whites are a stark and revealing throwback to a bygone era.”

The exhibit is titled #1960NOW and is on display at the Museum of Contemporary Art of Georgia until Nov. 28. It creatively combines portraiture’s of aging Baby Boomer civil rights workers interspersed with their grand-kids’ generation of leaders who are currently raising hell and havoc about police shootings and other social ills.

“It’s been an amazing experience, truly eye-opening for me” she says.”I felt the need to preserve that history of unknown grassroots people from the past because it is a way I can teach the young kids. I may also be one of the first photographers to document the Black Lives Matter movement. Nobody has ever presented their protests as an art exhibit before. I am bridging the gap.” 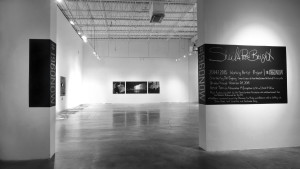 Sheila Pree Bright’s exhibit at the Museum of Contemporary Art

On the exhibit’s opening night on Sept. 26, the packed audience of whites and blacks, young and old were shocked by a jarring and impromptu “Call For Action” demonstration loudly led by youthful activists.

“I think we are stuck between then and now, Bright muses. “I want to see, feel, capture and tell these stories.”

Bernard LaFayette, who orchestrated the Selma To Montgomery March 50 years ago and is featured in the exhibit, was impressed with Bright’s #1960NOW and what it represents.

“Her photography captures the spirit and soul of both movements,” he opines. “It’s a different kind of photography that moves and motivates young people, while giving us our just due. It portrays the continuation of our fight for freedom. They do not imitate us; they replicate our efforts in their own style.”

To salute the sacrifices of her elders, Bright exhibited their collection of black and white close-up photos in a disconcerting fashion.  She purposely positioned them all on the floor, circling the room.

“No, I didn’t necessarily like our pictures being displayed on the floor,” says Ralph Worrell, an 86-year-old SCLC foot soldier. “But it must have been enlightening to the young folk because a lot of them stopped to ask me about the Civil Rights Movement and my involvement in it.”

Bright says that is the reason she did it that way—to invoke interaction between the generations.

“Yes, the elders were figuratively on the ground again. I’ve been on the ground capturing these images, and Bree Newsome and Black Lives Matter have been on the ground recently,” she explains. “I wanted people viewing the exhibit to march around the room to honor and bow down to the elders to see what they have done for us. I am giving a deserved salute to the unknown and unsung civil rights leaders. All of my work is about bringing universal commonality. ”