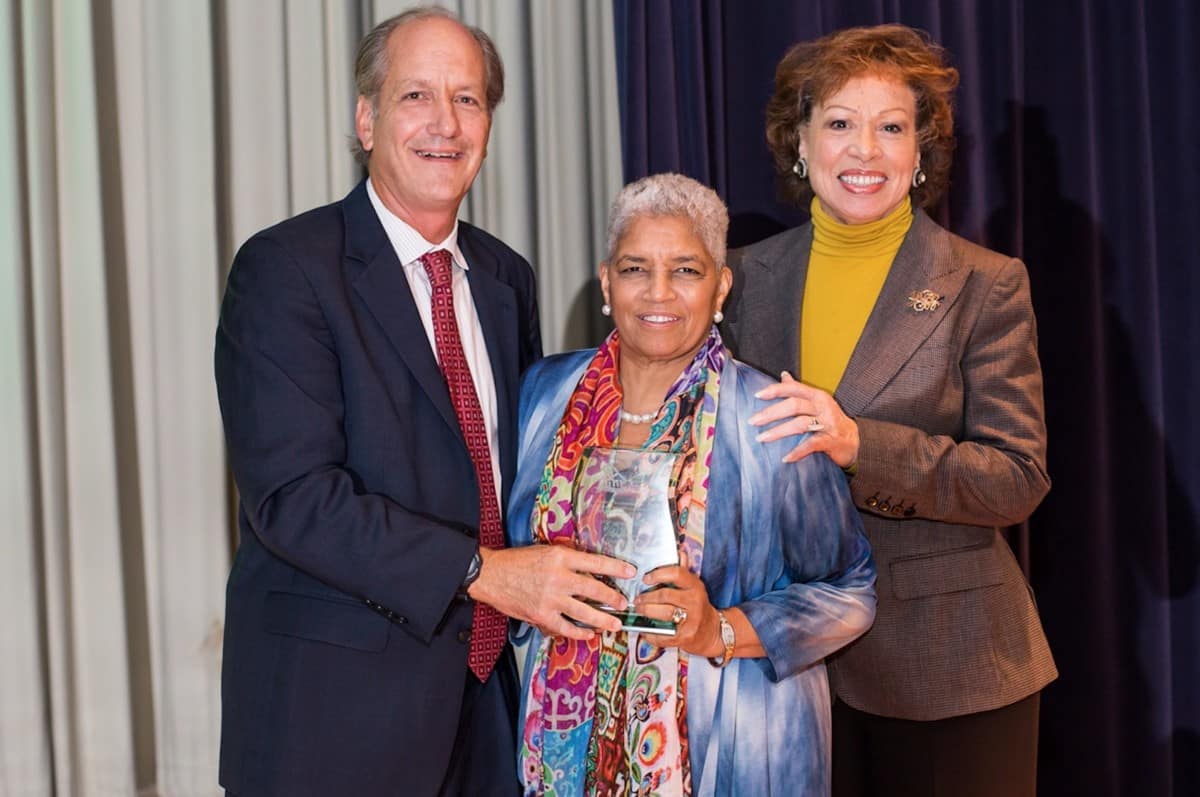 Former Atlanta Mayor Shirley Franklin received an award Wednesday named for Maynard Jackson, another former mayor, and used her acceptance speech to outline a way for Atlanta to increase the number of affordable homes in the city. 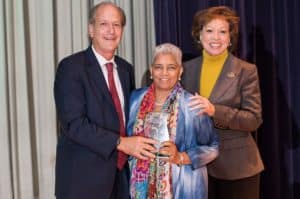 Franklin said Atlanta could use its own general funds to help pay for construction of affordable homes and to maintain the stock of existing homes that are affordable to folks who earn the salary of a schoolteacher.

“We believe there is nothing in state or city law that says the city could not set aside funding from its own general fund sources to do mixed income housing, housing incentives, holistic community redevelopment,” Franklin said.

Franklin said she can envision a program of selling a housing bond every four years or so, of an amount around $40 million. Franklin said the figures are just examples of the size of investment that, over time, could make a real difference if the ability of working-class folks to reside in the city.

“The only thing that separates us from these incentives is the will to do it,” Franklin said of the housing bond. 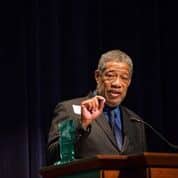 Franklin spokes at the 25th anniversary breakfast celebration of the Atlanta Neighborhood Development Partnership, Inc. ANDP was incorporated July 1, 1991 during Jackson’s third term as mayor. A non-profit, ANDP resulted from the merger of the Atlanta Chamber of Commerce’s Housing Resource Center and the city’s Neighborhood Development Department.

“Who would have thought … that 25 years later we would still have an ANDP,” Dorsey said.

ANDP awarded Franklin the Maynard H. Jackson Award for Excellence in Community Development Public Policy. Franklin told a few anecdotes about her experiences working with Jackson, whom she described as a mentor, before looking to the future and describing a public policy that she said could address Atlanta’s growing shortage of affordable homes. 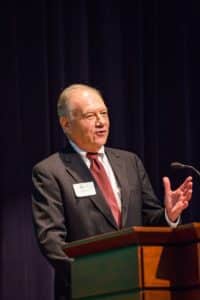 The idea is to sell bonds every few years and service the debt with money from the general fund. The city issued $35 million in housing bonds during her administration, Franklin said. The city still has the capacity to issue $40 million housing bonds, she said.

Franklin said she and Greg Giornelli have discussed the housing issue at length and have determined that Atlanta could use its own general funds to subsidize affordable homes.

Giornelli headed the city’s development arm, now called Invest Atlanta, during Franklin’s administration and helped devise special tax districts that are funding public amenities along the Atlanta BeltLine and in the eastern section of Downtown Atlanta. Franklin and Giornelli now work at Purpose Built Communities. Franklin chairs the board and Giornelli serves as president of Purpose Built Schools.

Franklin provided details of the idea in a comment on a story that appeared on saportareport.com about rapidly rising prices for rental housing in the Westside neighborhoods. The story reported the findings of Georgia Tech Professor Dan Immergluck, which include an annualized 27 percent increase in the English Avenue neighborhood, based on rental prices being charged this year. 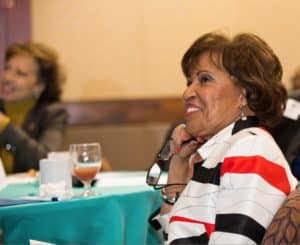 ANDP founding President and CEO Hattie Dorsey said ANDP is her legacy, both the organization that celebrated its 25th anniversary and the people who have helped ANDP providable affordable homes. Alison Church/ANDP

ANDP, an affiliate of NeighborWorks, issued two other achievement awards at the anniversary celebration.

Young T. Hughley received the Hattie B. Dorsey Award for Excellence in Community Development. Hughley headed the Reynoldstown Revitalization Corp., which in 1991 received ANDP’s first grant, in the amount of $75,000. Hughley has since retired and now serves as secretary of the board that oversees ANDP.

Thomas J. Roeck, Jr. received the J. Ronald Terwilliger Award for Excellence in Community Development Board Service. Roeck served Delta Air Lines’ chief financial officer for nine years. Roeck has served on the board of AID Atlanta since 1996 and served as board treasurer since 2009.