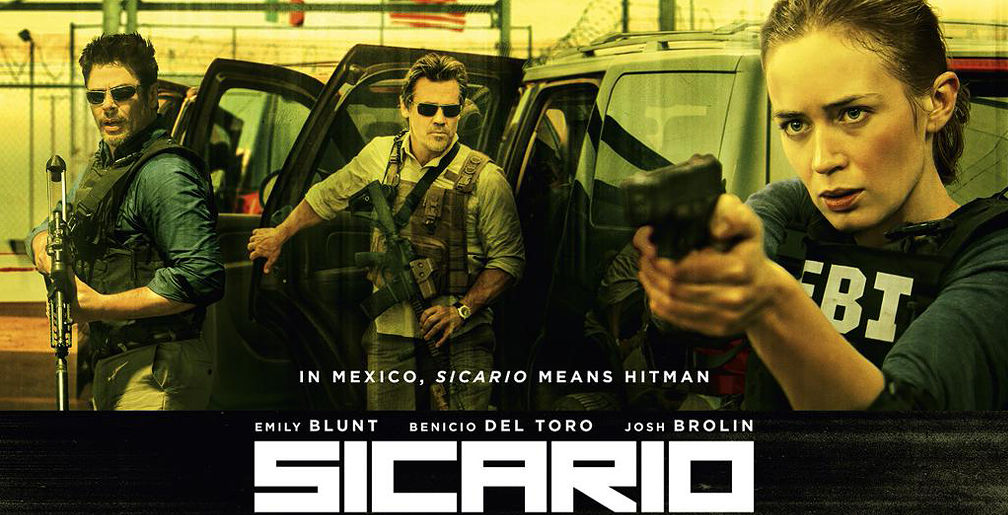 We’re in the middle of a FBI raid taking place somewhere near Phoenix. The ostensible mission is to rescue drug-war hostages, but as Kate Macer (Emily Blunt) and her fellow agents soon discover, they’ve shot their way into something far worse.

Their action doesn’t go unnoticed. Soon Kate is summoned to a mysterious meeting with some even more mysterious higher-ups. The power player seems to be Matt (Josh Brolin), a cryptic cowboy in flip-flops who works for…well, just who that remains murky. Which is part and parcel of what Denis Villeneuve’s smart, brutal movie is about.

With the encouragement of her particular higher-up (Victor Garber), Kate volunteers to join Matt’s shadowy inter-agency mission…which is…again, she is kept in the dark (as are we). What she does learn is, once they’re south of the Mexican border, that by-the-book is a theoretical term at best. 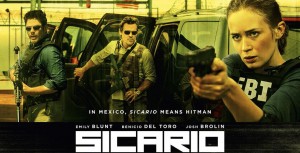 We do figure out this much: Matt hopes the raid in Arizona will lead to an even bigger fish in the drug trade – one who wisely stays off the front lines. Matt’s idea is “to shake the tree” a little and force his quarry out of hiding.  His idea of shaking said tree, however, is a bit extreme.

So, for that matter, does Kate’s importance – to the mission in general and the movie in particular. She is a witness more than a protagonist. At first, that’s disconcerting. Then, as Villeneuve tightens the vice, you begin to understand that’s what the movie is about.

The odd, hard-to-remember title is explained as being the equivalent to hitman or assassin. That role goes to Del Toro, who hasn’t been this awake on-screen since his Oscar-winning turn in “Traffic.” He is not top-billed (Blunt is), which reflects, in an odd way, the stealthy structure of the film itself.

Just as Kate slowly realizes she’s there to function more as a rubber-stamp of implied “official” approval, so do we realize this is not really her movie – though, Blunt does such meticulous and brilliant work that, if they’re smart, the filmmakers will push her for an Oscar nomination in the supporting category.

Yet, that’s part of “Sicario’s” sorrowful and vengeance-ridden message. It’s Game Over. Over and over again.

Or think of it this way: the cracked and dangerous territory in which this endless, futile war is waged is no country for old men to play in traffic. Young men, women and children either.