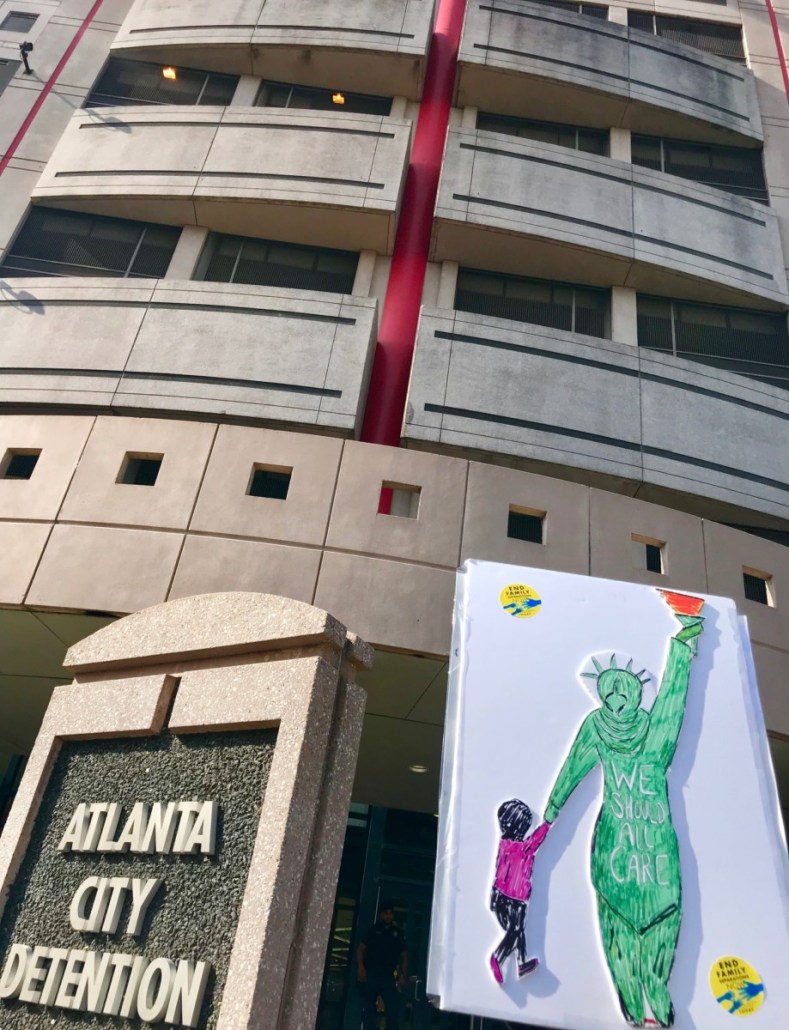 When Atlanta tore up the bail schedule for many low-level offenses, joyous activists hailed the city for being among the first to step away from “wealth-based detention” policies that critics say are unfair or even legally questionable. A few months on, questions remain on how to help people who have struggles bigger than the system’s meant to handle.

“End cash bail” is a cry heard across the country. California has a new law to do so. Critics had rallied against it there for years and a court found the system unconstitutional.

The idea is that cash bail policies unjustly punish poor people who sit in jail awaiting trial as wealthy people bond out on the same charges. 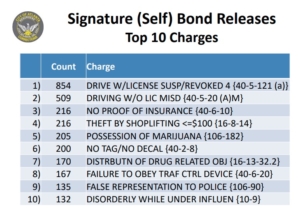 A slide from a September presentation by Chief Patrick Labat shows the top ten charges for people who got out of jail during the first six months of Atlanta’s new policy cutting cash bail. Click for a larger version or the whole presentation.

Georgia has loosened the tie between money and getting out of jail while awaiting a day in court for misdemeanors. Republican Gov. Nathan Deal signed a bill in May that requires judges to consider a misdemeanor defendant’s ability to pay when setting bail. Deal said it furthers efforts to incarcerate only the most serious and violent offenders, “rather than individuals who simply can’t afford the costs of bail.”

Atlanta’s February change goes further than the state’s. The city says that by default no bail will be required to get out of jail on pending nonviolent misdemeanor charges or ordinance violations.

The point for the ordinance’s fans is that nonviolent folks shouldn’t sit in jail, maybe missing time with kids or time at work, just because they don’t have any few hundred bucks at hand.

When Atlanta Mayor Keisha Lance Bottoms signed the ordinance, she said people would be held accountable but also get the opportunity to continue with their lives and not be penalized simply because they’re poor. On Monday she said that new laws always need monitoring so that everyone can be sure the law is implemented as intended. By and large this one’s been a success, the mayor said.

A total 3,439 people were eligible for signature bonds due to the ordinance in the roughly seven months to Sept. 24, Atlanta Corrections Chief Patrick Labat told a Council committee on Tuesday as part of a regular report. The top three charges were all related to driving: driving with a suspended license, without a license or without proof of insurance.

Thus about $3.1 million dollars in might-have-been bonds were never levied on anyone to get out of jail, Labat reported.

There’s a little less data on subsequent “failure to appear,” due to the hack that froze up city computers for several months this year. But Chief Judge Christopher Portis of the Municipal Court of Atlanta told Council members that in a July-to-July comparison, that rate has about doubled to 4,062 folks for July, 2018.

Dozens of activists, many wearing matching “end cash bail” t-shirts, went to see Labat’s presentation at Council committee last week, and to show support for the policy and suggest ways they think it could be made better.

But not all those nonviolent offenders now free from a bail bondsman are folks who have a home to go back to; or who have the resources to deal with the mental illness or addiction that may be plaguing them.

That’s a point that came up several times in a meeting of Atlanta City Council’s Public Safety Committee.

Portis sees people who aren’t eligible for a signature bond under the new ordinance. Maybe because it’s a violent offense, maybe because the defendant has other open cases. He sees a lot of people who cycle through over and over due to open cases. A lot of them have no where to live, have addiction or mental illness or any or all three. 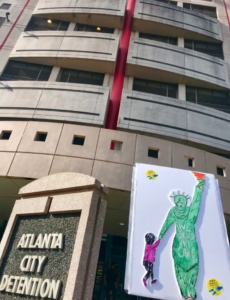 “This isn’t the working poor that we’re dealing with on a regular basis” said the judge.

Atlanta’s jail does do things to try and help people not return, like job training and helping people get their ID if they don’t have one.

But still, Councilman Michael Julian Bond returned to a long-running city gripe: that the state and Fulton County need to step up their human services.

He said the bond ordinance turned out badly though it was well-intentioned.

“What was meant to be a balm in Gilead is lacking. It’s not getting at the heart of the matter,” Bond said during the meeting.

Activist Mary Hooks has been working ending cash bail for years, as co-director of Southerners on New Ground. SONG was a major supporter of Atlanta’s ordinance. It has also helped run Black Mammas Bail-out for Mother’s Day. Hooks and other SONG folks were among those in the audience last week, some talking about personal stories, some talking about people they’d met and some talking about nationwide issues with policing and racism.

“We appreciate what’s happened since February, the ordinance that passed. But real talk, it’s a small solution to a very big problem, a decadeslong problem,” said Hooks, addressing the meeting. She said the city needs a vision of something better.

Meanwhile, the mayor has said she wants to sell the jail altogether, which would leave jailing to the county.

As for the ordinance, Southern Center for Human Rights Managing Attorney for Impact Litigation Sarah Geraghty recommended some tweaks like reminding people of their court dates via text message instead of mail.

She said the ordinance is a serious step away from wealth-based detention, but that it’s time to do more.

The folks in the audience holding signs like “care not cages” snapped in approval when she said this one:

“We need a new approach in Atlanta to people with serious mental illness who interact with criminal legal system, one that moves away from a lock ‘em up model and toward a treatment model,” Geraghty said.