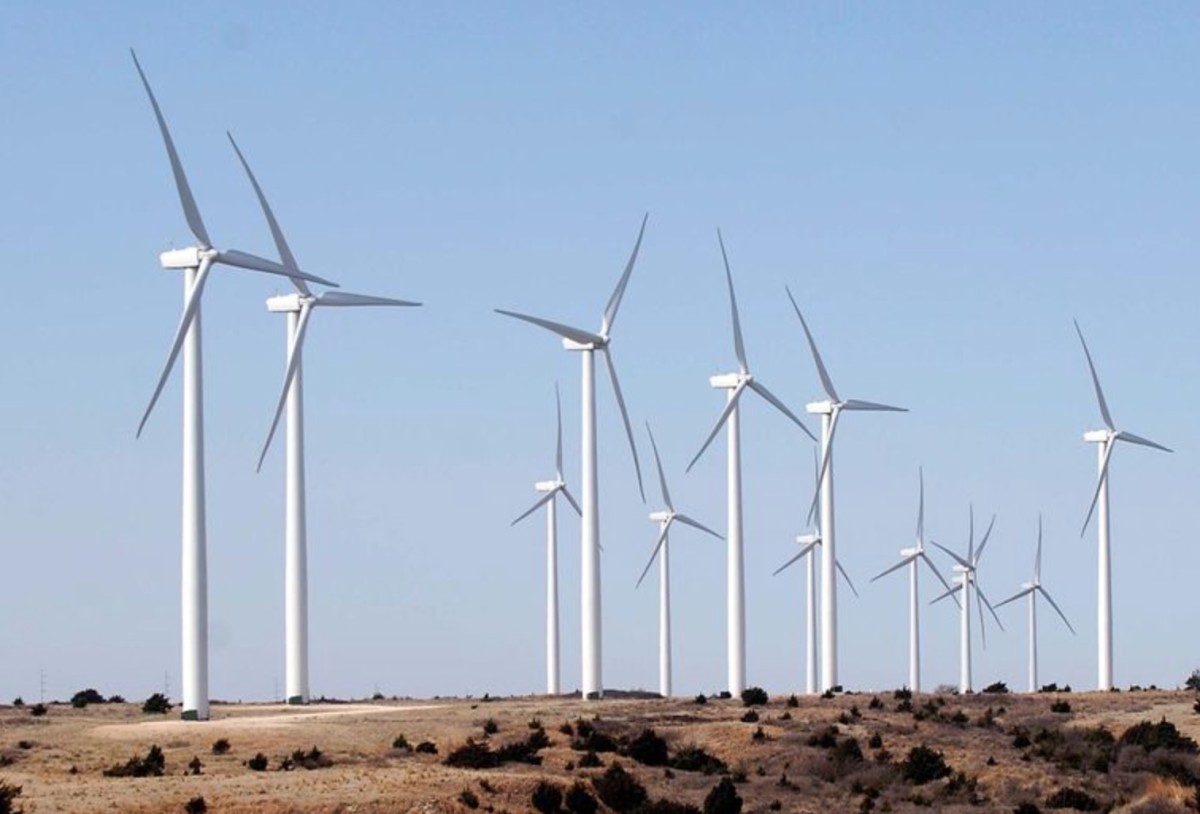 As Georgia Power proposes to expand its use of renewable energy resources, one part of the conversation that gets scant attention is the considerable amount of energy already being generated from renewable resources. 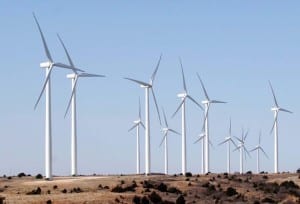 All told, Georgia Power expects to have nearly 1,000 megawatts of solar resources online or under contract by the end of this year, company spokesman John Kraft said Monday.

Six percent of Georgia’s electricity generation comes from renewable resources, including hydroelectric power, according to a report by the U.S. Energy Information Administration. Residential rates are 17.3 percent lower than the U.S. average, according to the EIA.

Georgia’s posture compares favorably to North Carolina, which in 2007 became the first in the southeast to adopt energy portfolio standards. The law requires that 12.5 percent of the state’s electricity be generated from renewable resources, or efficiency measures, by 2021.

North Carolina now generates 6.6 percent of its electricity from renewable resources, including hydroelectric, biomass and solar, according to its EIA report. Residential rates are 11.3 percent lower than the U.S. average, according to the EIA.

Georgia has taken more of a market-based response to portfolio standards than has North Carolina. Georgia Power has what it calls its balanced energy policy, which calls for a mix of power sources – coal, nuclear, natural gas, renewable energy and efficiency.

On Jan. 1, Georgia Power started a 250-megawatt contract to buy wind power generated in Oklahoma through a contract with EDP Renewables North America. The deal was announced in 2013 but didn’t get much attention when delivery commenced this year. 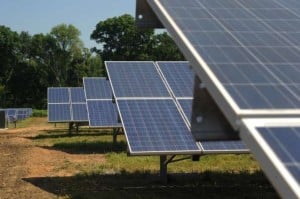 Georgia Power is installing 136,000 solar panels on 258 acres at Naval Submarine Base Kings Bay. The finished product will be similar to this one, at Georgia Power’s Dalton Solar Farm. Credit: kingsbayperiscope.jacksonville.com

Georgia Power also is under contract to install and operate solar power panels at five military facilities in Georgia. The solar farms are expected to generate a total of 166 MW.

These installations are to be fully operational by the end of the year at the Army bases at forts Benning, Gordon, and Stewart. Two others are in the pipeline, one at the submarine base at Kings Bay, and one at the Marine Corps Logistics Base, in Albany.

All the solar farms are to be operational by Dec. 31, Kraft said.

In addition to these efforts, Georgia Power has agreed to procure a total of 785 MW in solar energy through its negotiations with Georgia’s utility regulator, the Public Service Commission.

Georgia Power’s current proposal in the 2016 Integrated Resource Plan is to provide an additional 525 MW from renewable resources. The IRP is a state-mandated 20-year plan to ensure Georgia’s energy needs are met.

The PSC is expected to take action on the the plan this summer.

The IRP provides some interesting insights into the challenges of providing energy from renewable resources. 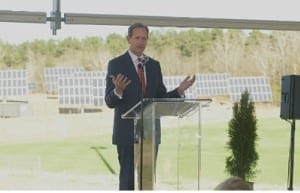 Consider the notion that installing solar panels on more rooftops would create enough solar power to allow coal power plants to be shuttered. It isn’t as easy to implement as might be expected.

For starters, Georgia Power’s analysis included in the IRP presumes panels on houses and commercial buildings probably won’t be able to be tilted to maintain exposure to sunlight.

Current technology allows for panels to track the sun as it moves from east to west during the day. A Canadian company, Strathcona Solar, estimates this ability increases electricity production by 34 percent, compared to a system that can’t be tilted.

Additional technology allows for panels to tilt from north to south to maintain exposure as the sun changes azimuth during the year. Strathcona Solar estimates this feature increases solar yield by 37 percent, compared to a stationary system.

Then there’s the question about the angle of the panel toward the sky, according to the Georgia Power report.

Solar panels on flat roofs are typically installed at angles of 10 percent to 15 percent. The pitch of residential roofs ranges from 18 to 45 degrees – much steeper than flat roofs and evidently requiring panels to be lifted up at base to point properly toward the sun.