Now that Georgia’s utility regulator has authorized the additional development of solar power in the state, attention is turning to questions of how that power will be governed. 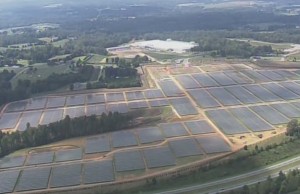 Apple is building this 100-acre solar farm outside its data center in Maiden, N.C. The farm is thought to be the largest of its kind in the country. Credit: appleinsider.com

The solar expansion happens to have come to a head just as the Georgia Solar Energy Association hosts a forum on Thursday in Atlanta. The featured speaker is coming from North Carolina, where there was a movement this year to roll back some of the state’s significant goals for producing renewable energy.

In a 3-2 vote on a motion by PSC Commissioner Bubba McDonald, the PSC ruled July 11 that Georgia Power bring 260 megawatts online by 2015. The additional 265 megawatts is to be available by 2016.

Of the total amount, 100 megawatts is to be provided by distributed generation, which includes rooftop solar arrays that appear on some homes and an increasing number of businesses. For example, an IKEA distribution center near the Savannah port has a rooftop solar array capable of generating 1.5 megawatts.

The remaining 425 megawatts approved by the PSC will be utility scale solar and require competitive bidding. Utility generation is along the magnitude of a solar plant being developed in western North Carolina, near the town of Maiden.

“We believe this vote shows the PSC, as Georgia’s utility regulator of record, is leading us to a better, more robust and economically valuable future with Georgia’s solar potential reflected in its energy portfolio and we thank them for their foresight,” GSEA Chairman Mark Bell said in a statement. “There are additional policy updates that we believe can do even more to enhance our solar development capability.” 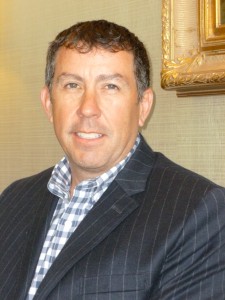 Bell is slated to address the GSEA forum along with Betsy McCorkle, government affairs director for the North Carolina Sustainable Energy Association. North Carolina got into the solar business in 1981, under the leadership of then Gov. Jim Hunt.

North Carolina has a record of supporting solar energy research for the past 25 years at North Carolina State University. The N.C. Solar Center, which is housed in the NCSU College of Engineering, receives direct funding from the state legislature and additional funding from various federal, state and private research grants.

In Georgia, the politics of solar power are evident in the statements by commissioners that are included in a release from the PSC following the July 11 vote.

Commissioner Tim Echols, who voted for the motion, said: “Commissioner McDonald’s motion adding 525 megawatts of solar to our 20-year energy plan is a hedge against more coal regulation and natural gas price volatility. When the President finishes his war on coal, he’ll come after fracking, and gas prices will surely go up. We have to be ready.”

Commissioner Stan Wise succeeded with his amendment that prohibits Georgia Power from accepting any bids for delivering power that will have the effect of raising rates charged to consumers, and requires Georgia Power to use an independent evaluator in the bid process.

Commissioner Doug Everett viewed Wise’s amendments as adequate to protect against higher energy costs, and voted to support the motion, according to the PSC statement.

Previous Article
Keegan Federal’s Moment led him to focus on his daughter’s recovery and find a new legal expertise
Next Article
Column: GSU Hall of Fame to honor Russells, McKerrow