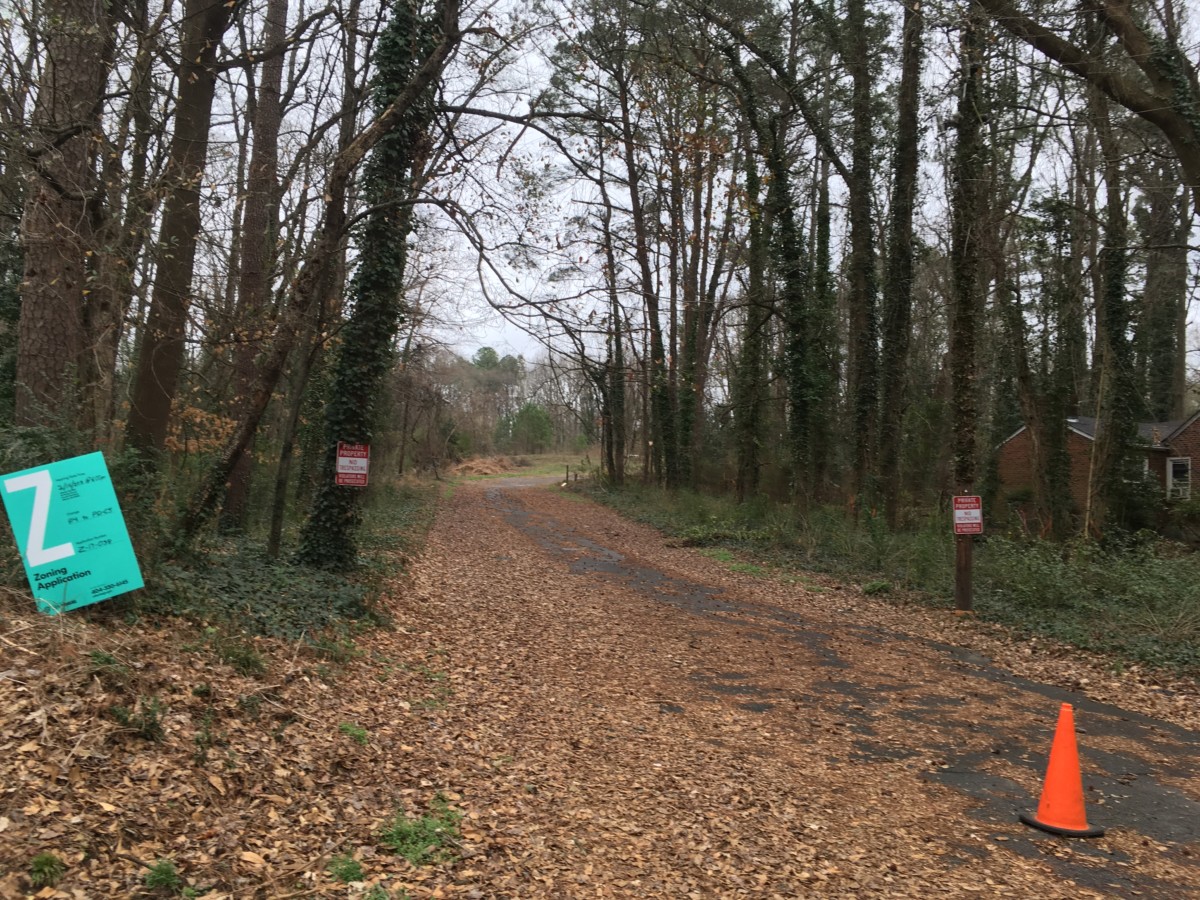 Atlanta’s Zoning Review Board voted a moment of relief to some of the folks in an East Atlanta neighborhood on Thursday, when board members recommended the city deny a developer’s rezoning plan that envisions building 20 houses in a place known as “Ormewood Forest.”

What’s at issue is roughly 6.1 wooded acres behind the homes on an East Atlanta block, between Flat Shoals Avenue, Ormewood Avenue, Shadowridge Drive and Oakfield Drive.

Neighbors have been campaigning under the banner “Save Ormewood Forest” to protect the trees, stream and wildlife habitat there. 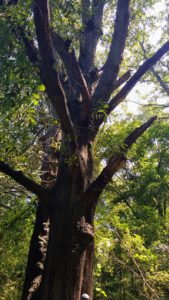 An example of one of the trees within the Ormewood Forest. All photos were shot before developer placed “No Trespassing” signs on the property. Credit: Grant Dollar

Formerly the site of a church that’s now gone, much of the place is shaded by trees, many uncommonly old and fine; and a creek runs through one side. But the land hasn’t been maintained well and nonnative species have a hold in parts. Its fans want to preserve the piece of city tree canopy, however, and eventually see the forest returned to health.

Heritage Capitol Partners owns the land, and the plan Heritage lawyer David Patton brought to the Zoning Review Board is 20 houses, most priced from $375,000 to $425,000, though two would be priced in the mid-$200s as “workforce housing.” He told the board that the plan attached to the zoning his client seeks would preserve some three acres of green space.

But city staff recommended denying the request for new zoning. From their report: Although the East Atlanta area is a traditional, densely developed intown residential area with a neighborhood commercial district, the proposed development has a higher density and is not compatible with the surrounding area.

A previous staff report from August on a similar proposal from the same developer also recommended denial, on similar grounds.

In the latest report, staff wrote that more than half the proposed lots are not feasible because they ignore stream buffers.

Those stream buffers are protected by law from development.

That’s one point of view, anyway.

Patton said that a larger area is developable than staff argues.

Patton told the board that if his client doesn’t get the rezoning, Heritage is prepared to develop the site under the zoning it has now, R-4. He said that allows wrapping a pipe over the stream, bulldozing more trees, and filling in land to build on it.

“Which he can and will do,” said Patton, referring to his client. He said state law allows for that piping, which removes the stream buffer.

But board member Joe Alcock pushed back on that interpretation several times. 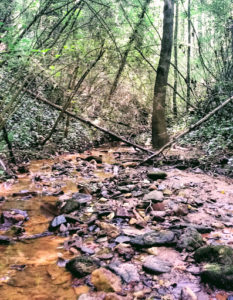 A view of the stream that crosses the Ormewood Forest property. Credit: Grant Dollar

“OK. I think you’re inaccurate on that. But that’s a watershed management question,” Alcock said. Alcock acknowledged that on other properties, streams are piped, but that things are done differently today than they used to be done.

Bill Gould, who lives on the block, opposed the rezoning.  He called on the board to “help us to deny an application which we believe is inappropriate for our community and detrimental to our environmental resources and to our quality of life in East Atlanta.”

After the hearing, Gould said he knows there’s pressure in the city for denser development, but the city should weigh new development very carefully.

He — and others like him — don’t want to see the city compromise those disappearing pockets of green space like Ormewood forest, with their old trees and with an unpiped stream.

Andy Schneggenburger, zoning and land use chair for the East Atlanta Community Association, said his organization has supported denser development in some parts of the neighborhood where it’s appropriate, like at East Atlanta Village. But he also told the board that the Ormewood forest is ecologically sensitive and asked them to deny the rezoning request.

The four members of the board present voted to recommend that City Council turn down the rezoning request. The next stop is a hearing before the Atlanta City Council’s Zoning Committee.