‘The Lady in the Van’ captures essence of a formidable woman 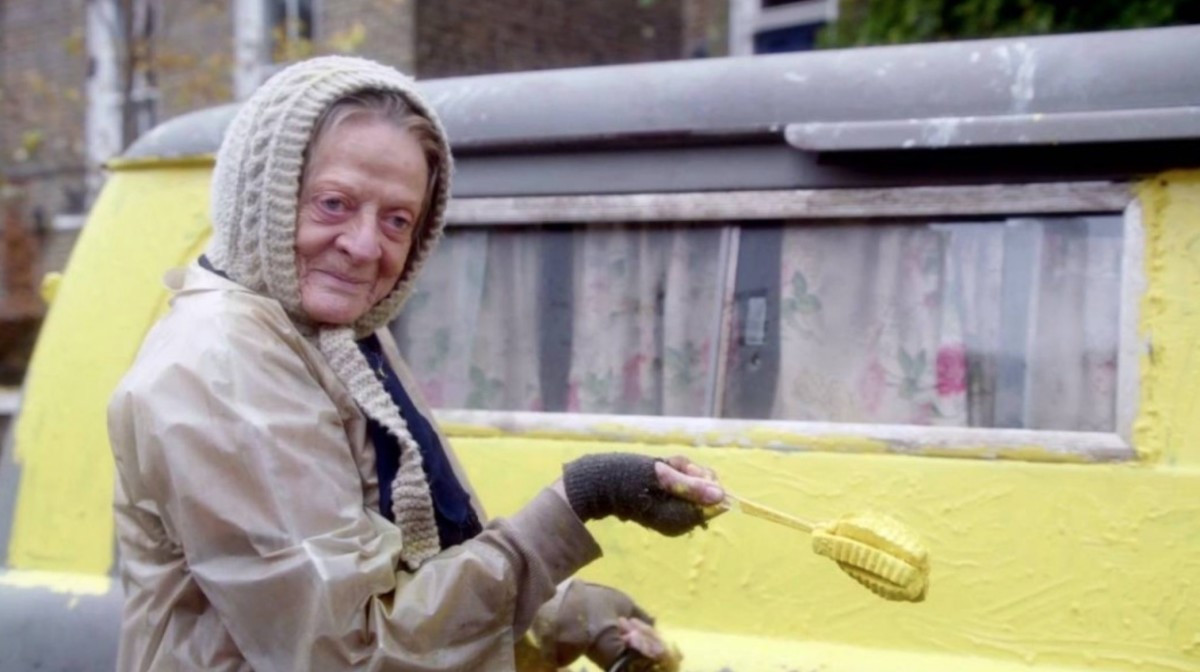 Here’s how “The Lady in the Van” came about:

In 1970, playwright Alan Bennett, moved to what he calls “a good street on the up and up … Dickens’ abandoned widow once lived here.” 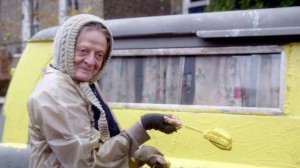 Bennett himself was on the up and up, having made his name a few years earlier with “Beyond the Fringe,” a satirical review (and Broadway hit) in the spirit of Monty Python. Settling into his new digs, Bennett discovered that, along with the usual gentrification crowd, one of his new “neighbors” was Miss Shepherd, an apparently homeless woman who lived in a beat-up yellow van parked on the street.

Before long, she had cajoled him into letting her park the van in his driveway. For three months, she said.

She stayed for 15 years.

Bennett transformed the experience into a play that opened in London’s West End in 1999 with the incandescent Maggie Smith  as the filthy, cantankerous and endlessly eccentric bundle of rags otherwise known as Miss Shepherd. Now their story – “Lady” is as much about Bennett (Alex Jennings) as it is about his title character – has been transferred to the screen under the expert direction of Nicholas Hytner.

The relationship the writer and the squatter share isn’t exactly family. Nor is it tenant and landlord. Or even odd-couple friends.

Miss Shepherd simply became part of Bennett’s life – some days more intrusively than others. And, being a writer, he couldn’t help himself. He jotted down notes about her in his diaries, which evolved into the play and eventually the film. One of the movie’s more interesting themes is how writers cannibalize whatever comes their way, which may not always be the nicest thing to do. 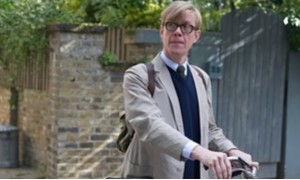 Over time, the character portrayed by Alex Jennings comes to terms with his own identity. Credit: theguardian.com

Said selves are often at odds with each other, which makes you wonder if Charlie Kauffman had seen “The Lady in the Van” in London before writing those dual (dueling?) Kaufmans played by Nicolas Cage in “Adaptation.”

At any rate, not all that much happens in “The Lady in the Van.” And yet, everything happens. We watch an existence played out. Bennett learns Miss Shepherd was once far more than an odiferous vagrant. She had been an ambulance driver during World War II. She’d lived in a nunnery. She’d been a promising concert pianist. She could speak French. She had a life.

And now she’s someone who squats down beside her van and leaves excrement in her host’s driveway.

A somewhat closeted homosexual at the movie’s beginning, he comes to accept himself. In one neat bit near the end – and this is not a spoiler because some movies you simply can’t spoil – Bennett’s live-in partner tells him it’s time to stop talking to his other self because he’s there now and Bennett can talk to him.

That’s a good example of the sort of lovely moments Bennett and Hytner thread throughout the movie. The two have worked together before – “The History Boys” and “The Madness of King George’ are a few examples. “The Lady in the Van” is a delicate little piece, one that could so easily be overdone. Thankfully, Bennett, Hytner and, of course, the incomparable Dame Maggie refuse to turn the film into the expected “Best Marigold Hotel” mush. Nor does it flirt with  “Feed the birds, tuppence a bag” sentimentality.

Miss Shepherd was and is a formidable woman. She doesn’t want our pity. She’d rather use our bathroom.