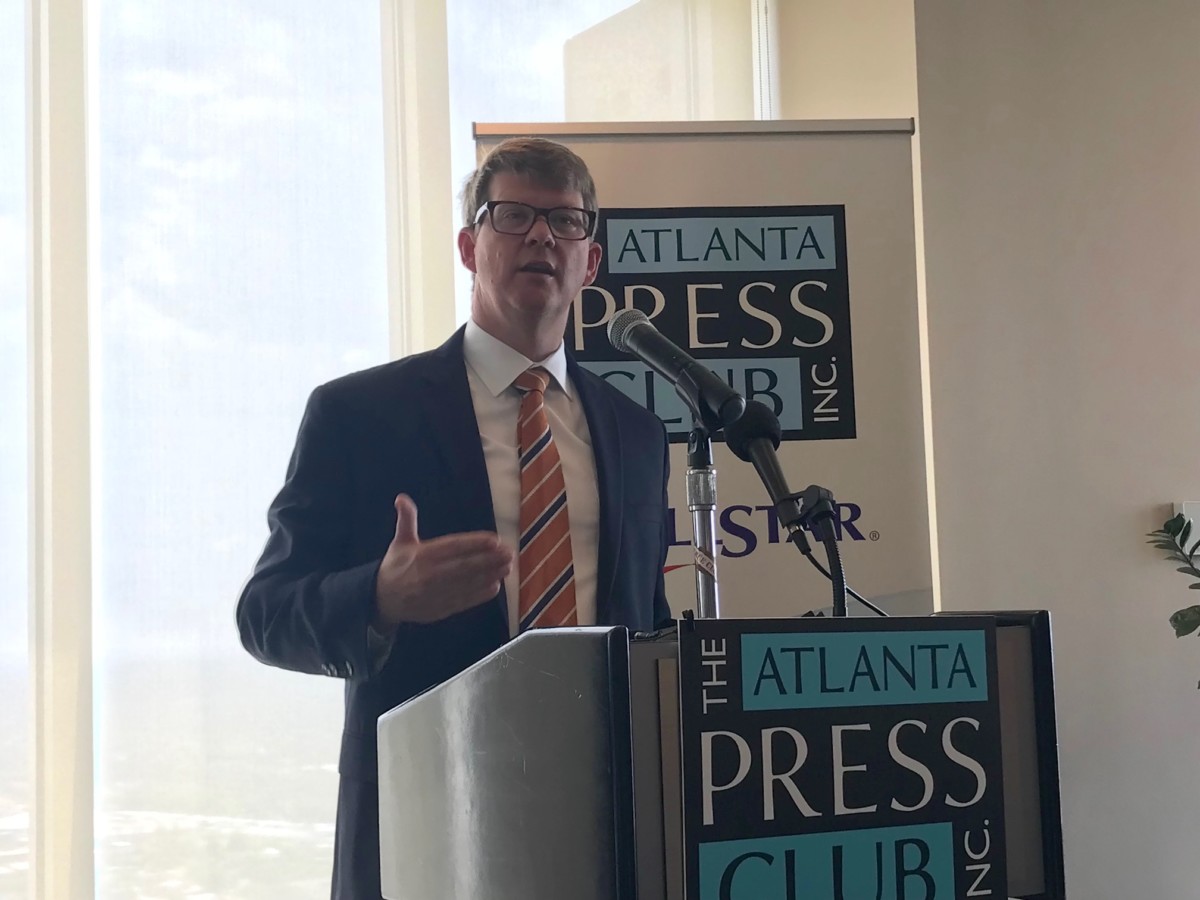 MARTA GM and CEO Jeffrey Parker said Thursday that a new sales tax is the start, it can't be the end, of transit funding. Credit: Maria Saporta

As partisans for different Atlanta projects wrangle over an upcoming MARTA decision on how to spend $2.5 billion on transit, the authority’s boss says that 40-year local tax can’t be the last bite of the apple.

For the good of the city and the region, the $2.5 billion approved by and for the city of Atlanta can’t be a once-in-a-generation opportunity, said MARTA General Manager and CEO Jeffrey Parker, speaking at an Atlanta Press Club lunch on Wednesday.

“It has to be the start, not the end-all on what we’re trying to do,” he said. 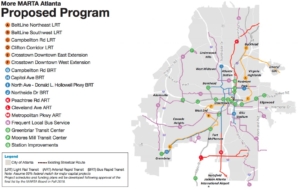 But then, so is the sum of $11 billion on the original project list, which counts both local and federal spending. Everyone knew beforehand it would have to be cut. MARTA’s now in the last steps of doing the cutting and nobody wants to be cut off.

The most expensive item in MARTA’s draft plan is a zig-zag of light rail from Greenbriar, along Campbellton Road, through West End, Downtown, Virginia Highlands and then a branch to Buckhead and another to Emory University and the Centers for Disease Control. That route includes two segments of rail along the BeltLine.

Parker, speaking Wednesday, said he didn’t want to frame the conversation as this-versus-that project, but he did say he sees an advantage for the Clifton idea.

“I truly believe that the Clifton Corridor is going to compete the best in the region for federal funds. Because we have such a deficit in investment in transit, the more successful we can be getting federal funds, that will allow us to build more in other places,” Parker said.

But MARTA’s map has set off opposition from BeltLine supporters, including its godfather, Ryan Gravel. They argue that the whole BeltLine must include transit as originally proposed, or its practical benefits are inequitably limited. Gravel has said that without transit, the BeltLine is not delivering the “ladders of opportunity” it promised.

The disagreement over light rail has continued at subsequent public meetings and in public comments to the MARTA board at their meetings. 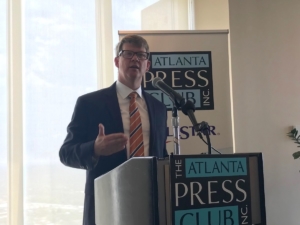 MARTA GM and CEO Jeffrey Parker said Thursday that a new sales tax is the start, it can’t be the end, of transit funding. Credit: Maria Saporta

“I’m here to make sure that you understand that southwest Atlanta is looking forward to the project list coming out as soon as possible and that we remain high on the list,” Atlanta City Councilwoman Marci Collier Overstreet told the MARTA board earlier this month. Her district includes Greenbriar and part of Campbellton Road.

She said lots of folks in southwest Atlanta depend on MARTA and the Campbellton Road service could also get some of those who do drive out of their cars.

The argument for the spur to Emory and the CDC is a connection to jobs, according to the Clifton Corridor Transportation Management Association.

But if the “More MARTA” sales tax is just the first bite of the apple, Parker said the next bite is a political decision.

Ticket sales very rarely come close to covering the costs of any transit agency anywhere, so taxpayers subsidize them in one form or another. For metro Atlanta, that mainly means local sales taxes and federal funds. Some states like New York and Illinois also subsidize their transit. The state of Georgia’s spending is very modest in comparison, mostly limited to bonds.

Parker said it was exciting to see the state approve $100 million in bonds for transit this year that will be used to help build bus rapid transit in north Fulton County.

“I think,” he said, there ”is more to come, but MARTA has got to be successful in delivering these projects and continuing to build the confidence that we have over the last five or six years.”

Gwinnett County will be asking its voters in March whether to join the transit system.