The odd origin of jaywalking: Exploring mobility and other urban affairs 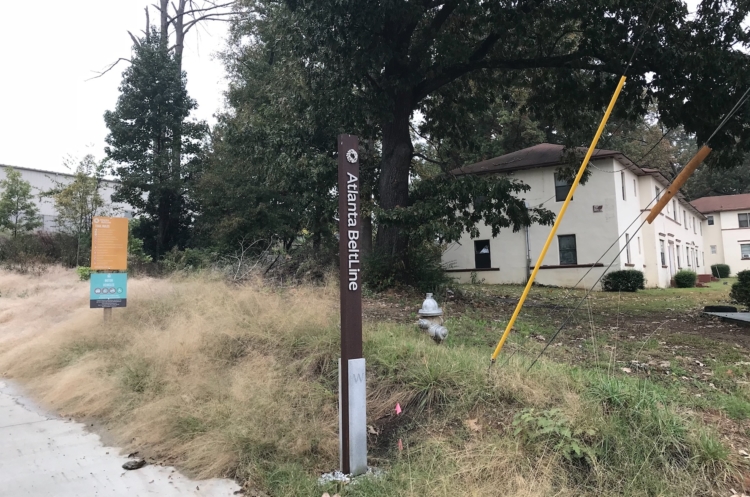 Atlanta may learn lessons on building trust with residents of redeveloping neighborhoods from examples discussed by speakers in a seminar hosted at Georgia Tech. Credit: David Pendered

Thank General Motors the next time a pedestrian gets ticketed for jaywalking. Thank a civic effort for showing how to create a pleasant community on the social ashes of a hamlet in New York. Armchair urban planners can consider these topics and more via podcasts of Georgia Tech’s recently concluded seminar, Redesigning Cities. 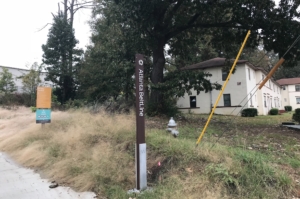 Atlanta may learn lessons on building trust with residents of redeveloping neighborhoods from examples discussed by speakers in a seminar hosted at Georgia Tech. Credit: David Pendered

The origin of the crime had nothing to do with protecting pedestrians. It had everything to do with selling cars in the 1930s, according to one presenter, Jeff Tumlin, principal and director of strategy at Nelson Nygaard. He spoke on Redesigning Cities with Autonomous Vehicles.

At that time, pedestrians held sway over streets and sidewalks. Car manufacturers saw a need to restrict that preferential treatment in order to sell cars, Tumlin said.

“GM went to every legislature to criminalize walking, for the first time, by defining jaywalking and making that illegal – which previously had never been illegal in human history,” Tumlin said. “They couldn’t sell cars if we couldn’t make cars fast in cities.”

The unwelcome negative consequence, as described by Tumlin, was the formation of public policies that favor road designs intended to speed the flow of vehicles – at the expense of other forms of mobility.

This was the type of conversation starter the seminar host had envisioned for the question/answer session at the end of each seminar. 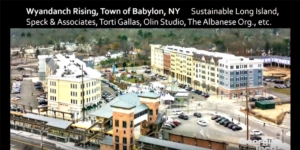 “Personally, I felt the series accomplished exactly what I’d hoped,” Dunham-Jones wrote in an email Monday.

“Each talk and conversation was fascinating on its own, teaching me new ways to think about a wide range of new challenges,” she said. “But, I found the cumulative impact and cross-pollination of these topics even more mind-expanding. It’s been fascinating to contemplate the intersection of the gig economy and climate change; retrofitting suburbia and autonomous vehicles; gentrification and urban parks designed for existing residents.”

Consider the renewal of a former factory town. The case resonates of efforts underway in the neighborhoods west of Atlanta’s Mercedes Benz Stadium.

The former factory town, Wyandanch, is a hamlet in the Long Island village of Babylon. The village may best be known for another of its hamlets – Amityville, of horror movie fame. Wyandanch was a brick capital in the late 1800s, and it shipped millions of bricks to construction sites in New York City, according to a report on Babylon’s website. The wealth is long gone.

“This hamlet had been named the most distressed community on Long Island, which is a region of almost 3 million people,” said presenter June Williams, an associate professor of architecture at The City College of New York and co-author, with Dunham-Jones, of Retrofitting Suburbia: Urban Design Solutions for Redesigning Suburbs. Williams spoke on Retrofitting Suburbia Too.

“It’s 90 percent African American and Hispanic,” Williams said. “A lot of effort went into building a network of trust with dozens of civic and religious groups to buy into this project.”

After years of work, a skating rink and civic greenspace is surrounded by a development of apartments priced for those earning the wages of schoolteachers. Brownfields have been cleaned up and a transit station that had seen little use was replaced with one that now is used frequently.

Since December, the six free seminars have attracted a crowd of about 200 that was about equally divided among groups of Tech faculty and students, and the general public. The audience came up with about 40 questions per session, Dunham-Jones said.

The collection of talks represents thoughts by some of the country’s best and brightest thought leaders on an array of urban planning issues that resonate in metro Atlanta – social capital, equity, climate change, outdated infrastructure, disruptive technologies, and money, as Tech described the program.

“For the most part, the speakers are not academics,” Dunham-Jones said. “They’re consultants, journalists, or public officials. They’re experienced experts who present their arguments in very accessible language.” 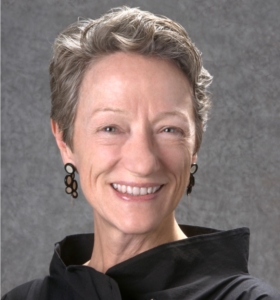 The presentations are akin to TED talks, Dunham-Jones said. They consist of presentations ranging from 15 minutes to 20 minutes, with slides. They can be viewed as either stand-alone presentations, or to commence a conversation of the podcasts, which last from 35 minutes to 40 minutes.

Dunham-Jones said the audiences expressed interest in how the trends are playing out in Atlanta. The receptions afterwards have produced a lot of brainstorming, she said.

“Clearly, there’s a lot of professional and academic interest in more discussion of these topics and I look forward to Season 2 next fall,” Dunham-Jones said.

Note to readers: Three of the six seminars are available online. The remaining three are to be posted once production is complete. For more information visit the seminar’s website.

Previous Article
New Program to Increase Awareness and Knowledge of Cardiovascular Diseases Globally
Next Article
Yes, the Peters Street bars are closing, but read this first