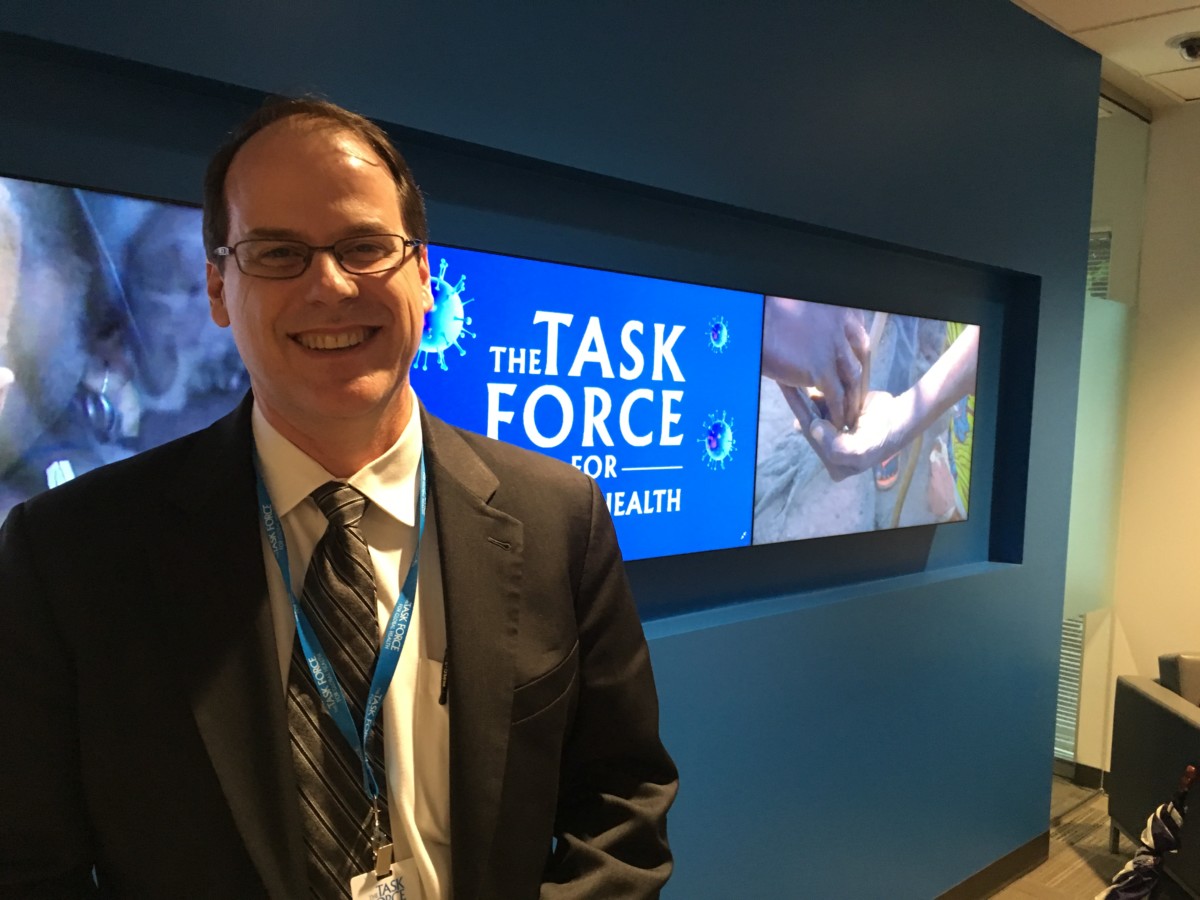 Dr. Joe Bresee, flu fighter, said one myth about flu is that it's mild. In fact, flu can take you out of work for days and even put you in the hospital. Credit: Maggie Lee

What would surprise people about the flu? The fact that it kills even young, healthy people who don’t have other risk factors, said Dr. Joe Bresee, just before opening a public symposium in Decatur where he and other flu experts discussed how they’re preparing for the next pandemic.

One huge takeaway: people and some governments around the world need to be convinced of the value of the flu shot.

About 80,000 people died in the U.S. last winter due to flu or its complications, according to the Centers for Disease Control. The remarkably high death toll came during a long season with a severe strain of the virus. The CDC recommends an annual flu shot for people over the age of 6 months.

“Flu causes more deaths and more hospitalizations than any other vaccine-preventable disease in the country,” said Bresee, who’s associate director for global health affairs in the flu division of the CDC. “Vaccines still are the best way to prevent both flu and the complications from the flu.” 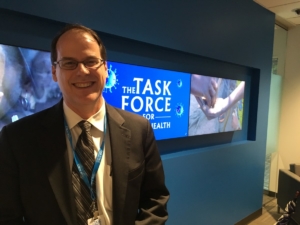 Dr. Joe Bresee, flu fighter, said one myth about flu is that it’s mild. In fact, flu can take you out of work for days and even put you in the hospital. Credit: Maggie Lee

He was speaking at the Decatur headquarters of the Task Force for Global Health. The biggest nonprofit based in Georgia, the Task Force works to improve health conditions for vulnerable populations around the world, especially people living in poverty.

Only about a quarter of low-income or middle-income countries have any flu policy at all, said Breese, much less programs to actually purchase vaccine.

As part of the Partnership for Influenza Vaccine Introduction, which Bresee leads, the Task Force works to support seasonal flu vaccination programs in low- and middle-income countries. They pair initial shipments of vaccines with helping to build the networks of equipment and expertise that it will take for those countries to help fight both seasonal flu and future pandemics. The work includes things like figuring out quick shipping procedures and places for cool storage of vaccines and training in-country medical personnel to recognize and deal with the flu.

Call it practicing with seasonal flu for what will have to happen to save lives when a pandemic year comes.

It’s not a question of if a flu pandemic will happen, it’s when, said Dr. Lisa Koonin, the deputy director of CDC’s Influenza Coordination Unit and an agency leader in preparing for it.

Flu pandemics can be mild, moderate or severe; but compared to seasonal flu, they’re characterized by the emergence of a new type of flu virus that causes serious illness and spreads easily worldwide due to less immunity to it.

The 21st century is a different medical world from the pre-vaccine and pre-antibiotic days of the 1918 flu pandemic that killed about 50 million people worldwide. But pandemics still happen, even if they’ve been less deadly.

Koonin talked about some of the lessons from the latest one, in 2009. One is that there was slow distribution and uptake of the vaccine in Asia and Africa. Seasonal vaccination programs like what PIVI helps set up are a sturdy foundation on which to build a pandemic response, she said.

In richer places like the U.S., she said pharmacies will play a big role in doing vaccinations, slowing the spread of a fast-moving pandemic flu as more vaccines are manufactured.

Other interventions that can be done, she said, will include non-medical interventions like school closings, postponing big gathering like sports events, and border measures.

“We must bundle those methods together,” Koonin said, referring to all the medical and non-medical interventions.

People like Dr. Sandra Ford, the district health director of the DeKalb County Board of Health, have some advantages over public health professionals in some other countries. Rich countries can afford vaccines and have those networks of cold storage, places to get vaccinated and health professionals who know the drill. Even so, last year’s long flu season and coupled with a severe type of virus strained the system and gave her some ideas of the challenges that will be present in a pandemic year.

In 2016, there were nine flu deaths in Georgia, Ford said.

Grady was so swamped, it had to bring in mobile hospital units to help all the folks who came in with the flu.

“They said they stoped counting at 500 patents a day at the peak,” said Ford.

She said it’s always a struggle to convince people they need to get a flu shot. She joked that one possible silver lining from this year  is that Drake reportedly got the flu. He had to cancel concerts, which shows pretty clearly the cost of missing work. 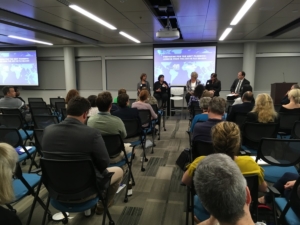 At a Decatur symposium hosted by the Task Force for Global Health on Thursday, flu experts from around the world talked about how to prepare for the next pandemic. One big part of the answer: flu vaccines. Credit: Maggie Lee

She said she’d like to find his agent and see if he’ll do a public service announcement for the flu shot.

But joking aside, she said, there’s a real need for better messaging about the advantages of the flu vaccine, to overcome the mix of skepticism, of people who don’t think they need the vaccine or parents who are skeptical of giving their children a novel seasonal vaccine.

And she thinks the state may need to mandate that health workers get the vaccine, in part so they’re not missing work too.

Dr. Silvia Bino has fought the flu all over the Balkans as a public health professional and is a professor of infectious diseases at Tirana University in Albania.

Bino said that the countries she’s worked in do childhood vaccination well. But convincing even public health professionals of the use of seasonal vaccines has been a challenge.

“People don’t like another vaccine and they don’t believe in efficacy of vaccine,” said Bino. “We have to prepare a counter-message.”