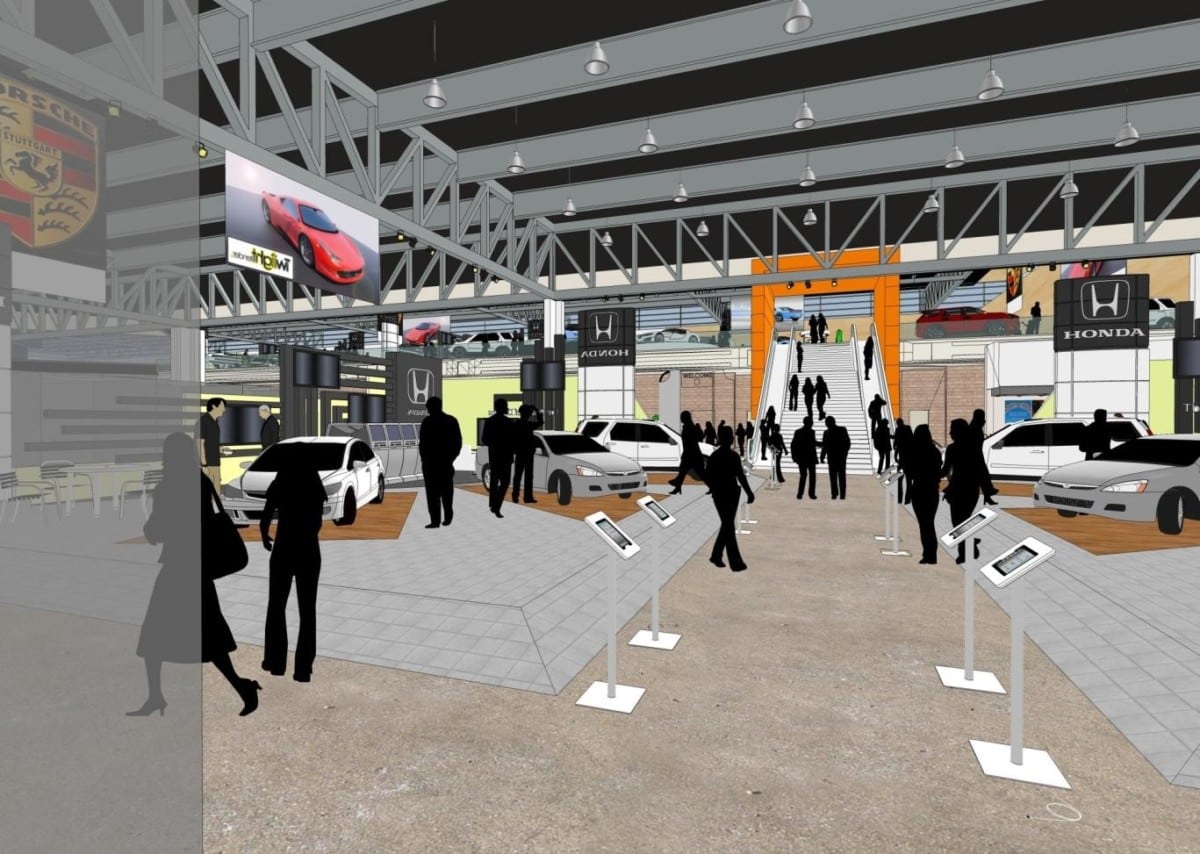 Each in its own way, the three major construction projects Gov. Nathan Deal has proposed in Downtown Atlanta will increase the vitality of its surroundings and promote greater connectivity to people who have activities in the buildings. 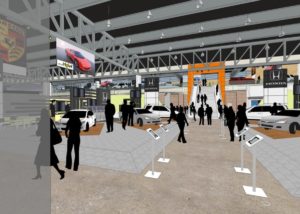 Deal has proposed a total of $207 million to fund the three major projects in the Fiscal Year 2018 budget that begins July 1. They include: A new judicial complex; a crucial expansion at the Georgia World Congress Center; and a transformed library at Georgia Tech.

The Legislature has to approve the funding. Lawmakers aren’t expected to balk.

The most expensive project is the new judicial complex that’s to be built at the site of the shuttered Georgia Archives building, on Capitol Avenue. The archives were moved years ago to Morrow. The building reportedly leaks and has been viewed since Roy Barnes was governor, through 2002, as a likely tear-down rather than a renovation project.

Deal provided $105 million in construction funds for a building that’s being called a judicial complex, not a courthouse. For years, the building has been described in political terms – a structure big enough to house the expanded state court judiciary Deal favors.

However, in terms of urban visioning, the new building offers to serve as a connector.

If only visually, the new building and improved grounds could bridge the no-man’s land that now divides downtown Atlanta’s government district and the burgeoning residential neighborhoods stretching east along Memorial Drive. The architecture of the archives building added little to the aesthetics of the neighborhood. But it did serve its purpose of blocking sunlight from historic items. 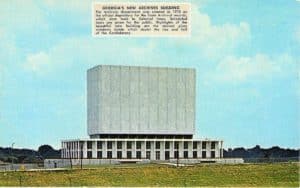 A trendsetter in its day, the Georgia Archives building is the site of Georgia’s new $105 million judicial complex. Gov. Nathan Deal provided funding in his budget proposal. Credit: atlantatimemachine.com

The planned judicial complex falls far short of the great park once imagined to begin at the Capitol’s east steps. Various renditions of this plan would have removed a parking deck across from the Capitol, on Capitol Avenue. The lot was demolished and greenspace installed. But the project was not expanded across a greenway built atop the Downtown Connector that would lead from the Capitol steps toward Oakland Cemetery and MARTA’s King Memorial Station.

However, the judicial complex will provide a way station between the government district and the new mini city Georgia State and Carter intend to build at Turner Field.

At the Georgia World Congress Center, Deal has proposed $55 million to build a fixed gateway to connect the exhibit halls in buildings B and C.

The gateway will instantly provide the GWCC with the size to compete against Chicago, Orlando and Las Vegas for larger trade shows. These other cities can offer more than 1 million square feet of contiguous space apiece. The GWCC’s largest contiguous space is 600,000 square feet, in the B building.

To provide 1 million square space, the GWCC has had clients create temporary exterior walkways between buildings B and C. Folks attending the events have to walk through whatever weather is happening, and get to watch the GWCC’s back-of-house operational areas, according to GWCC’s presentation. 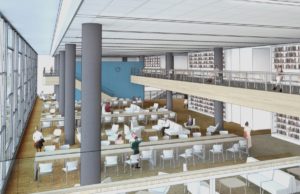 The library facilities at Georgia Tech are being retooled into collaborative research spaces, rather than places to store information. Credit: bnim.com

The potential economic impact is enormous, according to the GWCC. The center envisions some $632 million of economic impact to be derived from nearly 600,000 folks who would attend large trade shows and youth sporting events.

Library and Crosland Tower complex into a research facility worthy of the new century. The facility aims to be the center of Tech’s confluence of research and social analysis.

Here’s how the architect, BNIM, describes the facility that result from the renovation of the two buildings: 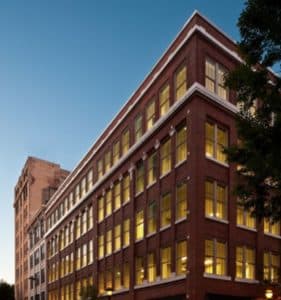 These three projects are part of a larger funding package the governor has proposed in metro Atlanta.

In all, Deal proposed $268.5 million in capital improvements in metro Atlanta. This represents about 25 percent of the total construction spending Deal recommended statewide – a total of $1.05 billion. The figure does not include any spending planned by the Georgia Department of Transportation.

Georgia would sell bonds to raise the construction dollars. Bonds would be sold for terms of five years or 20 years. Some would be taxable, others tax exempt. The bonds would be backed by the state’s full faith and credit.

Gov. Nathan Deal has proposed selling $1.05 billion in bonds in the fiscal year that begins July 1. Debt service on the bonds would be about $106 million a year. Terms range from five 20 years. Credit: georgia.gov