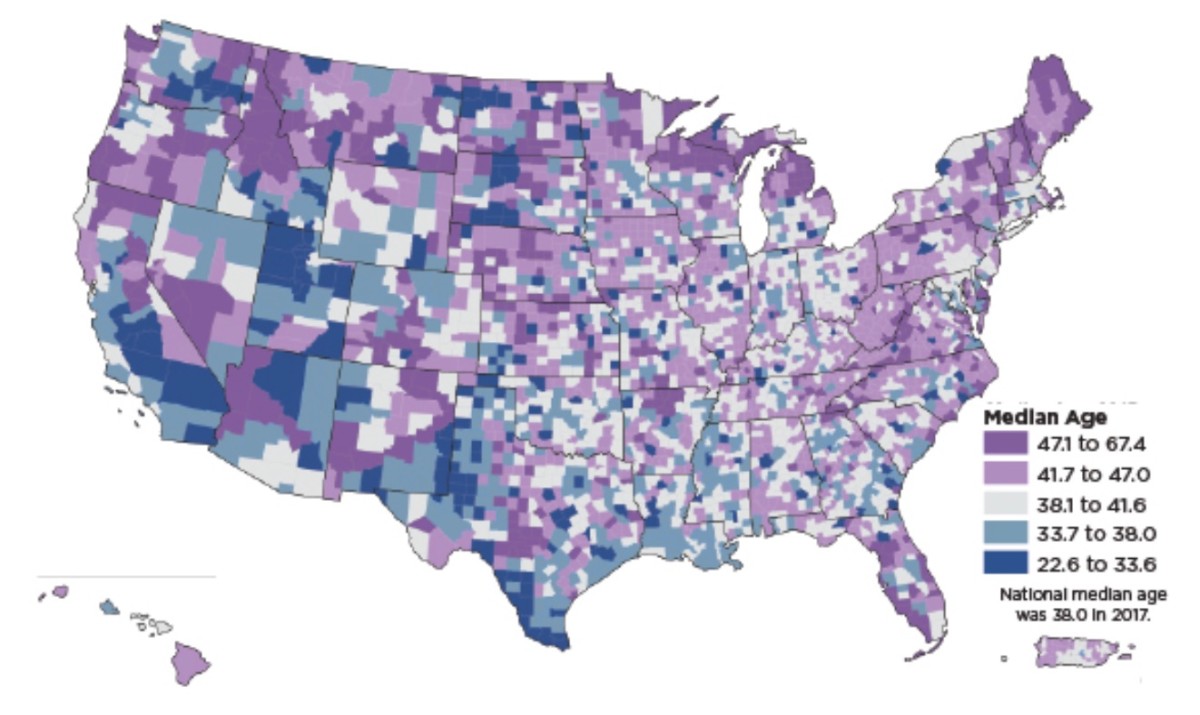 The nation’s population is becoming older and more diverse, according to a Census report released Thursday. The only cohort that reported more deaths than births from July 2016 to July 2017 was non-Hispanic whites. The report adds fuel to the ongoing debate over President Trump’s immigration policy. 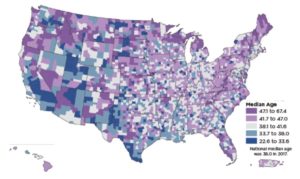 The nation’s residents are becoming older, though metro Atlanta continues to have a relatively youthful population. Credit: Census

Along with shrinking in numbers, the non-Hispanic whites category also had the highest median ages, compared to the other race groups, the Census reported with this observation:

Trump has weighed into the immigration issue with increased security at the southern border and calls for attracting more immigrants from certain countries.

Along with its political implications, the nation’s immigration policy affects the nature of the country’s workforce, as Shaun Donovan, a former secretary of the U.S. Department of Housing and Urban Development, said Tuesday at a housing conference convened by an affiliate of Harvard University:

A Census report released March 13 supports Donovan’s point. This report didn’t mention the labor force per se, but did observe that by 2030, the elderly are expected to outnumber children for the first time in U.S. history. Not all of those older folks are likely to continue with full-time work.

Here are a few highlights from the Census report: 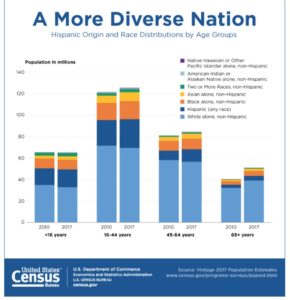 The nation’s diversity is growing most quickly in the age groups of 16 years through 64 years, according to the latest Census report. Credit: Census

This nugget is from the March 13 report: