Transit expansion is a simple decision, not a political one, whose time has come 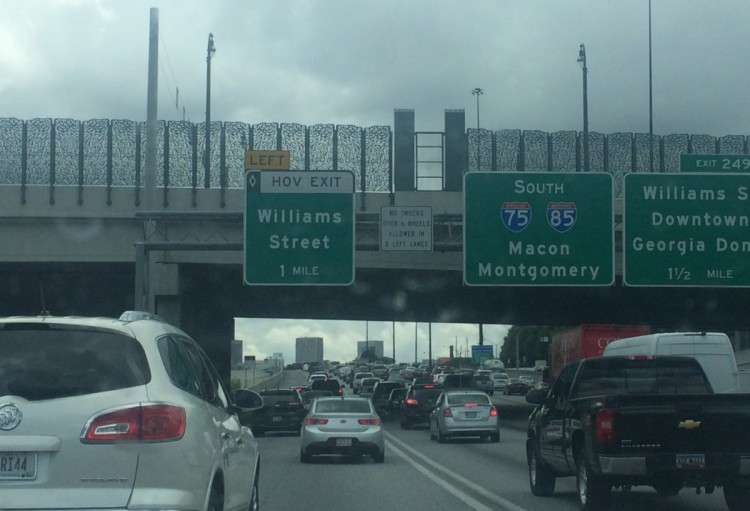 Simple math shows that transit is the only logical solution to metro Atlanta's traffic congestion. File

A debate seems to still be occurring in Georgia and our legislature about transit versus roads for the Atlanta region.  Still?  It is time for the debate to stop, and it is time to begin implementing solutions. Because the logic of transit is not a subject of debate.

This is about basic math, and transit is Atlanta’s only option forward. And mobility is obviously important.  We will not have a job creating, growth oriented, human capital attracting city without mobility.

First, a few basic and fairly obvious facts.  And yet, we seem to be ignoring these facts as one might seem to deny the Earth is round. 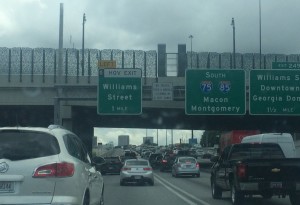 Simple math shows that transit is the only logical solution to metro Atlanta’s traffic congestion. File

So let’s do some math.

If one assumes much of the land along our congested interstates would cost $20 million per acre (after also taking into account the value of the building on the land).  There are 43,560 square feet in an acre.  And one mile of asphalt (before paving) is 12 feet wide time 5,280 feet long.

Let’s pretend we could actually double the size of our interstates, and put aside the howls of protest that would come in almost any area if someone actually proposed doubling the size of our major interstates.  Eight lanes of highway would cost $230 million per mile or more in the congested, dense areas of Atlanta where mobility is needed most.

At those costs, light rail at $30 million per mile, or heavy rail at approximately the same cost per mile but with a much longer useful life and larger capacity, seem a relative bargain. 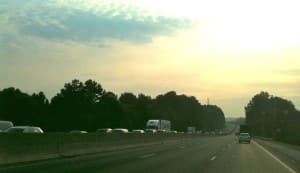 Traffic backs up on I-20 westbound near Lithonia on the morning commute, while the eastbound lanes are nearly empty. File

Some of you perhaps accurately recall the lower usage statistics for transit in Atlanta versus roads.  However, one has to ask this question: If there were only two roads in Atlanta (let’s say I-20 and I-85), and not another piece of asphalt in the city, how many of us would be stuck still trying to get around on horses or at best, a four-wheel drive SUV sputtering through muddy ruts?  The point being, without a decent rail network, transit usage would logically languish.

So our choices are to spend upwards of $15 billion to $25 billion on expanding 100 miles worth of roads (the ARC assumes significantly more) around Atlanta, in a manner that is politically unpalatable anyway. Or we can spend a far less sum ($5 billion to $10 billion) on world class city-wide heavy and light rail infrastructure that could accommodate 100 years worth of growth.

Note: For the technology enthusiasts who believe smart cars driving themselves will reduce traffic volume, I suggest that even with the benefits of some hypothetical carpooling, that the mileage incurred will still be more than the point-to-point driving an individual might make.  Like Uber, robotic cars will have to drive to the initial customer and detour for other carpooling members before actually incurring the mileage to get the customer where they want to go.  It is even possible robotic cars will increase congestion.  But robotic cars, like Uber, will reduce parking lot needs.