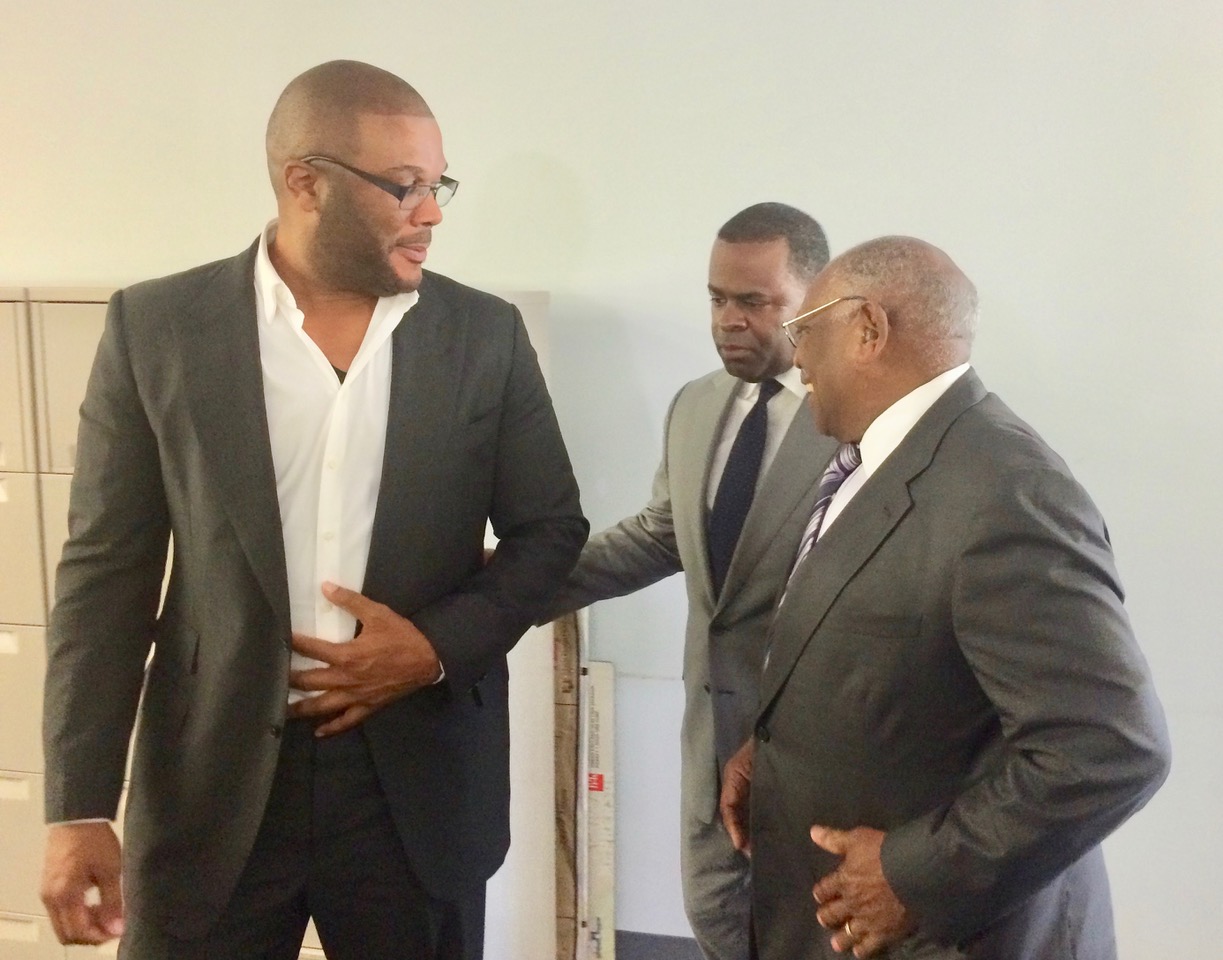 In an exclusive interview Friday morning, media mogul Tyler Perry described the vision for the entertainment district he will develop on the 37.5 acres that he is buying next to the existing Tyler Perry Studios.

“It’s going to be pretty incredible,” Perry said of the development that will cost “a minimum of $200 million” to build.

The Fort Mac Local Redevelopment Authority board voted on Thursday to accept a proposal from Tyler Perry and TPS to buy 37.5-acre tract. The board also the sale of 94.5 acres of Fort Mac to the T.D. Jakes Real Estate Ventures group.

If these two transactions go through, it basically means there will be no more land of the historic Fort McPherson – that once encompassed 475 acres – to sell or develop, according to Larry Dingle, an attorney with Wilson, Brock & Irby, which represents Perry and TPS. 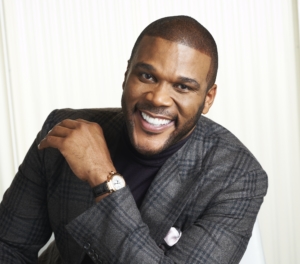 The property Tyler Perry is buying is on the southeast corner of the property that used to house the historic Fort McPherson. Unlike the rest of his holdings at Fort Mac, Perry said the new entertainment district will be fully accessible to the community and the public.

“There will be no walls. Lee Street will be open from the MARTA Station to the Forces Command building,” Perry said. “It will open up that corner as an entertainment district and as a destination hub.”

Currently, the development plans call for a grocery store, restaurants, shopping, midrise residential units – likely four floors of apartments and/or condos – above the shops, and multiple theaters, including a mega 3,500-seat venue.

Perry said venue will be larger than the Cobb Energy Performing Arts Centre, which seats 2,750 people; but slightly smaller than the Fox Theatre, which seats 4,665 people. It will be available for concerts, theater productions, Broadway plays and other entertainment events.

“The theater will be a destination,” Perry said. “It brings me back to my roots in theater. I can also do my own live shows there.”

The entertainment district development also will have a Tyler Perry Studios’ museum, which will serve as a gathering place for people who want to tour the movie studio campus – one of the largest in the country. 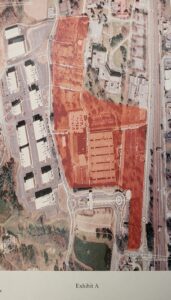 A map showing the 37.5 acres that Tyler Perry is authorized to buy from the Fort Mac LRA (Special)

Over the years, Perry has been aware of a pent-up demand from tourists who want to experience Tyler Perry Studios and see the sites featured in the numerous television shows and movies produced and directed by the movie mogul.

“People have been asking me about tours for years,” said Perry, who had a grand opening of the studios on Oct. 5, 2019 that attracted dignitaries from all over the country.

Perry acquired 330 acres of the property in 2015 for $30 million. Since then, he’s built 12 sound stages and located the headquarters of Tyler Perry Studios in the Dream building. The 330 acres also includes more than 40 sites on the National Register of Historic Places and more than 220 acres of greenspace. The property also features 21 different movie sets, including a full replica of the White House.

In Friday morning’s interview, Perry explained that his new development is separate deal from the T.D. Jakes development.

“T.D. Jakes came to me in the beginning,” Perry said. “Whatever he’s developing, it will blend in well with what I’m doing. T.D. Jakes, he’s a good guy.”

Perry, who had a right of first offer for any of the remaining Fort Mac land, did pave the way for T.D. Jakes to buy the 94.5 acres.

“What we did in order to allow the T.D. Jakes transaction to move forward, Tyler waived his right of first offer,” Dingle said.

When asked how much he was paying to buy the 37.5 acres, Perry said that would be up to the Fort Mac LRA to disclose. 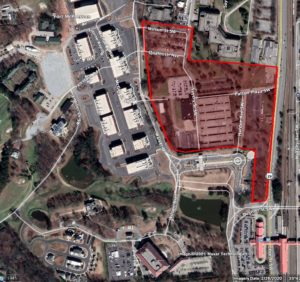 Map showing the 31.5 acres (in red) that Tyler Perry would like to acquire to turn into an entertainment, retail and visitor destination The map does not show another 6 acres Perry is seeking to buy (Special: Tyler Perry Studios)

Including the land purchase, Perry has invested about $250 million to build out the studios. Perry said he also is working on plans to invest another $200 million to build out a backlot. So, with the investment in the entertainment district, it is likely Perry will have invested at least $650 million when the development is built out over the next three to five years.

“I would love to have it all done within the next three years,” Perry said.

Currently, TPS is doing its due diligence on the 37.5-acre purchase, which includes contaminated land. Dingle anticipates the due diligence should take at least a couple of months and that the transaction will close in September.

Meanwhile, Perry said he is working with the architectural design firm of Perkins + Will, which is putting together renderings and a three-dimensional video that will be presented to the community. Perry anticipates having robust community engagement on the development of the entertainment district.

Perry also is concerned about the gentrification that’s already occurring in the surrounding community and the impact that is having on legacy residents. The new development will make that even more of a challenge. 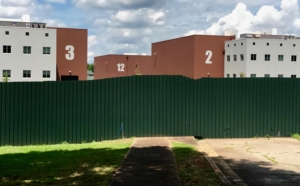 Asked he would be willing to develop programs to protect legacy residents, Perry quickly answered: “Absolutely!”

But Perry is most proud about what the new development will mean to the Tyler Perry Studios and the surrounding neighborhoods. For example, people will no longer have to travel to Buckhead or Midtown to grab a bite to eat in a restaurant, go to the grocery store, to shop or to experience live entertainment. It also will open employment opportunities for the community.

It’s an incredible moment in time for the community and the neighborhood,” Perry said. “I’m excited to be able to bring this to fruition. It’s opening up a whole new area to the community. It will give people an opportunity to take pride in their community.”