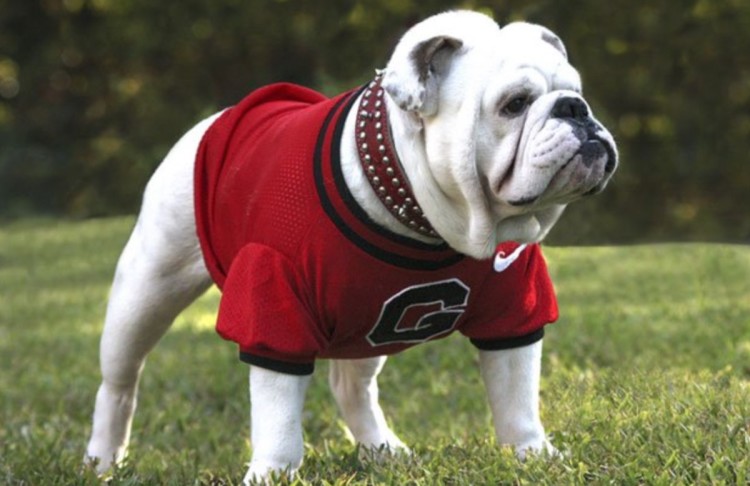 The UGA Athletic Association, represented by Uga, the bulldog mascot, is in a strong financial position, according to Moody's Investors Service. Credit: cdn.pet360.com

A new credit report on the association that oversees UGA’s athletic program maintained an investment-grade rating on the association and showed it had operating revenues of $121.5 million in 2015 and 418 days worth of cash on hand at the end of June 2015. 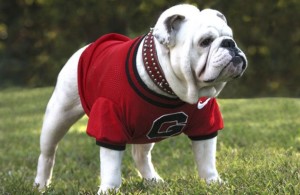 The UGA Athletic Association, represented by Uga, the bulldog mascot, is in a strong financial position, according to Moody’s Investors Service. Credit: cdn.pet360.com

Moody’s Investors Service awarded the University of Georgia Athletic Association a rating of Aa3, with a stable outlook. The rating is third from the top on Moody’s scale. Moody’s issued the report Feb. 5.

The rating action was generally bullish on UGAAA:

A bearish section of the report references the variables inherent in big time collegiate sports:

Capital needs are addressed in another section. Moody’s notes that UGAAA is building a facility as it seeks to raise funds from donors to cover construction costs: 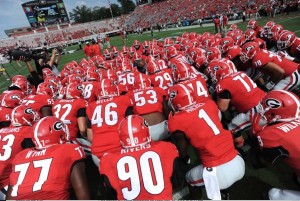 The flagship of UGA’s athletic program, the football program received $2.9 million for 79 scholarships from UGAAA, according to tax returns posted on guidestar.com. Credit: Ted Mayer via sicemdogs.com

On a different note, the report underscores the varying degrees of financial stress within the broader realm of higher education.

In Georgia, students and their families have already been hammered by tuition hikes as the state cut funding for higher education, Taifa Butler, executive director of the Georgia Budget and Policy Institute, wrote in a guest column published Feb. 7 on saportareport.com:

His life might have been very different without his stepfather
Lance Russell July 28, 2015 2:36 am

Fran Tarkenton ran onto the field in his first college game, launched a long drive and a legendary career
adminmegan May 13, 2013 11:55 am

His life might have been very different without his stepfather