There’s no reason to think the proposed Walmart in Buckhead will disappear just because the Atlanta City Council slowed the project by refusing to amend the city’s long-range development plan to allow it to be built as planned. 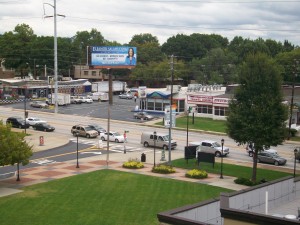 Walmart would be built across Piedmont Road from this vantage point in the parking structure at MARTA’s Lindbergh Station. Credit: David Pendered

For starters, Walmart has a long history of winning its way. The site’s too valuable for its current use as low-rent apartments, given its proximity to two highways and a MARTA station. And the development team, with lots of experience navigating urban projects, has invested two years in assembling a $90 million development.

Doug Dillard on Tuesday expressed an interesting outlook on the future of the site where the Walmart would have been built. The veteran development attorney suggested the time has arrived to double down on residential development in this section of Piedmont Road.

“My reaction would be to go vertical, and that’s residential,” Dillard said.

Dillard’s perspective reflects his 40-plus years of experience in handling many complex real estate developments in metro Atlanta. He’s argued and won cases in the state Supreme Court and Court of Appeals. Dillard now serves as chairman of the Council for Quality Growth.

Atlanta’s existing zoning code allows buildings of up to 225 feet to be built along this section of Piedmont. That’s high enough to accommodate buildings of almost 20 stories.

Click here to read the zoning code for the Lindbergh area. 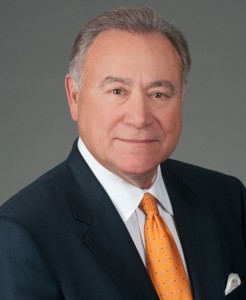 Right now, the apartment buildings in the area are about five stories. And these apartments are in demand. Occupancy rates are at or above 90 percent, according to research conducts by neighbors who opposed the Walmart on the basis of it failing to support the 11-year-old planning vision for this area to be redeveloped into an imminently walkable community.

For an example of how a dense residential development could alter the way of life along Piedmont, Dillard cited the retail center across Peachtree Road from Phipps Plaza.

The grocery store and retail shops are much busier than the parking lot would indicate, which suggests that many shoppers have walked over from homes in the nearby apartment towers and smaller townhouse projects.

The development team behind the Walmart project has completed the type of project Dillard noted.

At Perimeter Place, a mixed-use lifestyle concept near Perimeter Mall, the team included a 550-unit condo tower in a project with a retail sector that measures 452,000 square feet. That retail space is almost half the size of Phipps Plaza.

Incidentally, this project was developed by the Sembler Co., when its president was Jeff Fuqua. Fuqua left Sembler earlier this year, along with several executives, and formed a development company that intends to continue building upscale mixed-use lifestyle centers. Sembler has pulled back from urban developments. 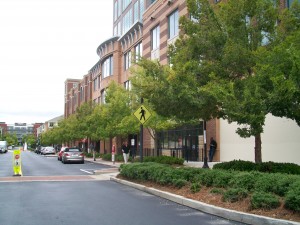 In a previous era, a developer in Fuqua’s position at Lindbergh may have filed a lawsuit to allow the project to be built. All he’d have to prove in court is that the city refused to allow him to develop the land in a way that was reasonable and provided for its best use.

But lawsuits are messy, and Fuqua has other projects in the pipeline in Atlanta, including a planned project along the Atlanta BeltLine at Glenwood Park. Walmart also has found ways in other cities to proceed even after an initial rejection.

Two weeks ago in Miami, Walmart filed for permission to build a superstore in a trendy area next to the Design District. Construction is to move forward despite some troubles back in the summer. At that time, the city had considered – then rejected – the idea of allowing Walmart to build its loading dock along a busy street instead of along a side street.

Walmart evidently has decided it can live with its loading docks on the side street, a decision that will allow it to proceed without further zoning action by the city commission.

Walmart could reach a similar decision on the Lindbergh site. Existing zoning appears to allow the Walmart to be built farther from Piedmont than the store’s preferred location. If that option is taken, perhaps the 200 or so apartments now on the plan could be shifted to front along Piedmont Road. 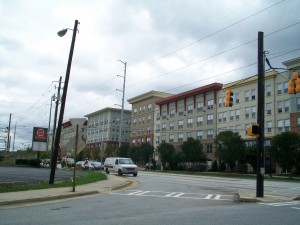 This residential development that faces MARTA’s Lindbergh Station is the type of development called for along Piedmont Road by Atlanta’s long-range development plan. Credit: David Pendered

And that is the development pattern both Dillard and Atlanta’s existing development plan envision. After more than a decade, hopes are high among some neighbors that some positive changes can begin to occur along a thoroughfare that has more than its share of package stores and 1950s-era retail centers that don’t promote a densely developed, transit-oriented community.

“No doubt the existing land uses are inappropriate,” Dillard said of the Piedmont Road area. “When we look at the Piedmont corridor, we have to think about what we want from it – suburban or urban – particularly when you’re looking at its location within walking distance from a MARTA station.