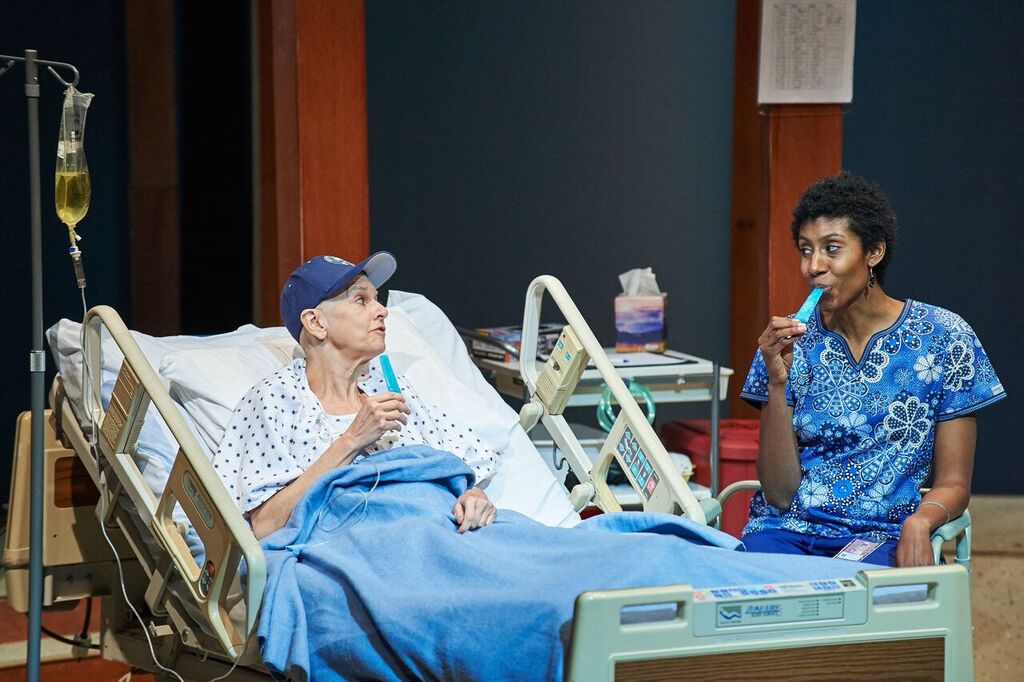 What does the popular play Wit have to do with Emory University, Atlanta public schools, Lawrenceville, the Peabody awards, and the centennial of the Pulitzer Prize? Read on for the answers. 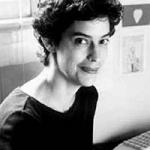 I was fortunate to be present on Sunday evening for a talk-back with the author, who pronounced the play’s production and the actors’ performance as “perfect.” (Mary Lynn Owen of Theater Emory plays the lead role, and Tlaloc Rivason directs.) That is especially high praise, given that the play’s 2001 production by HBO received an Emmy (as did its star, Emma Thompson, and director, Mike Nicols) and a Peabody Award.  Anyone who knows the work of the Aurora, its high standards of production, and community-serving bent will not be surprised, however.

Wit is the story of a cancer patient’s final days suffering from a disease (stage four ovarian cancer) that will prove to be the only — and ultimate — obstacle that has ever completely baffled and evaded her. Vivian Bearing, the patient, is also a college professor and world-renowned scholar of the life and work of the great 17th-century English poet and cleric John Donne.

In his day in England, John Donne was a preeminent “wit.”  Possibly the greatest love poet in the English language, this early modern poet and Anglican clergyman was known (and remains so today) for a penetrating intellect that drew great lessons about life, filled with clever turns of irony and surprise. “No man is an island” is a Donne-ism, as is “never send to know for whom the bell tolls; it tolls for thee.” He was a favorite of England’s literary society and also of King James, who appointed him dean of St. Paul’s Cathedral, where the monarch worshiped.

As the play opens, Professor Bearing is confined to a hospital bed.  She has only her “wit” (like Donne’s) to plumb the meaning of the sudden and wracking crisis washing over her. And she is failing miserably.

She is not alone. A brilliant medical resident matches her ounce for ounce with his own highly specialized form of erudition.  He — like she — is a masterful technician and is as tightly bound to his blinkered professionalism as she is. The audience recognizes that, even with all this academic genius and expertise, something crucial is missing that renders their airtight intellectual conclusions ultimately barren. What is it? Vivian Bearing does eventually find an answer in the play’s most surprising and mood-breaking moment, but it demands that she not “run away.” The last seconds of the play conclude with a startling awakening.

And what of the medical student? This scientific healer must let down his guard and confront pain, too, in order to understand the true nature of love and healing. We can only hope that the journey of the well-intentioned practitioner of medicine  will include learning from his patients and the presence of loving caretakers, beautifully represented by the character of the nurse, Susie. Might we not all learn something about the need for a balance between the mind and the heart? At the heart of the humanities, after all, lies the art of being human.

And finally, don’t miss the art exhibition in the main lobby of the Aurora Theatre, featuring three portraits by Sal Brownfield, part of a series focusing on breast cancer survivors that has been discussed in this column in recent weeks.  These paintings (and the stories behind them, told by Eve Hoffman), too, represent the power of art and heart to heal.

Wit runs through February 7 at the Aurora Theatre in Lawrenceville, Georgia.