Osogbo: Art and Heritage and Controversy

Robin Ligon-Williams fashions herself as the modern day reincarnation of Susanne Wenger, the late creator of the Osogbo School of Art. But Williams’ passion for the African art form, coupled with a January exhibition of her collection and her practice of the IFA religion may be why she was recently fired from her Fulton County job. 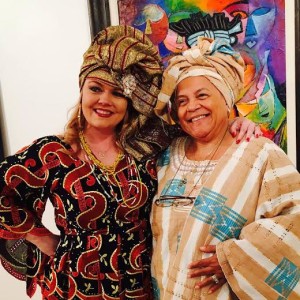 “I know I very much relate with Susanne Wenger. I’ve been very influenced by her and what she was able to do,” says the 50 year old  curator who studied jazz and African American studies at Indiana University Bloomington.

“I have always been someone that nourished artists, and provided infrastructure and platforms for artists to create and to really express themselves in a very unique way. And, she did the very same thing for these artists. I understand where she is coming from. Her heart and her soul are still very much a part of Osogbo, and people who know who she is have great respect for her. She has her hand on me in this exhibit, and I will continue to collect the work and present the work.”

This is the 100th anniversary of Wenger’s birth, and Williams’ Southwest Arts Center exhibition of her personal Osogbo art collection, and several pieces from Chief Muraina Oyelami, a first generation Osogbo School artist, was designed as a tribute to the life and work of Wenger – Williams’ shero. 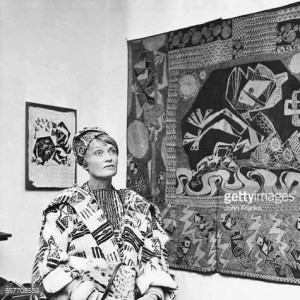 Susanne Wenger  moved to Osogbo in the late ‘50’s. Situated in the southwest of Nigeria, 240 km north of Lagos, Osogbo is both a Yoruba city kingdom of 700,000 people and an important chapter in the history of modern African art.

She and her husband wanted to start something new for the artists. The irony is that for over 50 years Picasso and other Western European artists had largely appropriated that African idea and incorporated it into their own style of modern art. This is evidenced in the similarity in color palette, cubist figures, and shapes found in works created within the Western European contemporary art world in the early to mid-20th Century.

“So here are two Europeans who come to Osogbo and say we want to give this back to you,” Williams explains. “We want to give you some training, we want to give you some opportunities to express and create from your own lived reality. Within an African context we want you to be modern artists in your own right. That’s really the story we are telling in this exhibition. People don’t really know about this. She was an ambassador for the culture. Certainly all the work she did in training artists, and giving artists a platform to express them is priceless.” 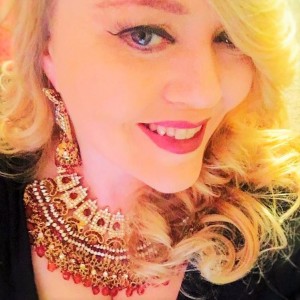 Expressing herself may well have contributed to Williams’ downfall with Fulton County. Earlier this month, she was surprising and summarily dismissed by Tae Earl-Jackson, the interim division manager of Fulton County Arts & Culture. On the opening night of the Osogbo exhibition, December 18th, Ms. Earl-Jackson had no comment to this reporter on the art show. Now she has no comment on Williams’ firing.

A high ranking Fulton County arts official who requests anonymity tells me there have been reports of “a long history of problems” with Williams.

“I didn’t do anything wrong,” says Williams, whose father was the Bureau Chief for Radio Press International at the United Nations and as a result of that international exposure has worked extensively with artists of all races and cultures throughout her life, “I knew I was under scrutiny so I was not going to do anything to jeopardize my position.”

“I salute her and appreciate her leadership,” says Zellie Orr, an historian who worked with Williams on  “A Nest  of Eagles”, which was an exhibition designed by Williams to salute the 75 year legacy of the Tuskegee Airmen. “She stepped up to the plate.”

“Her artistic talents are fantastic,” adds Bill Hence, who built the flying model replicate of the Tuskegee Airmen’s Red Tail Mustang for that exhibit. “I had a great working relationship with Robin.”

Neither has any idea why Robin was fired. Still there have been whispers of reverse racial discrimination, witchcraft and voodoo. Art can often be political and problematic. Williams is intensely inculcated in the Osogbo culture and is initiated in the religion of IFA, an ancient religion of the Yoruba people that is rich in mythology.

Much like Wenger, Williams is a Caucasian woman with European roots, who has an abiding affinity for African art and culture.  Equally important, each of these women chose to completely immerse themselves in traditional Yoruba spirituality.

“A Yoruba Priest bestowed me with the name Osuniyi Oluwabunmi, which means, ‘Osun walks with dignity/God’s gift to me’,” Williams reveals. Osun is the Goddess of love, wealth, fertility, creativity and beauty.” 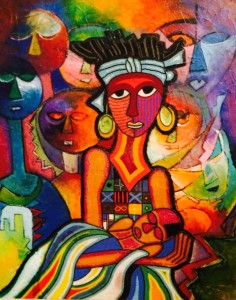 Despite her setback, Williams is undaunted in her pursuit to promote Osogbo art and to mirror Susanne Wenger.

“Susanne helped to build a platform for African Artists to start an entire movement in Modern Art and helped to re-create and save a sacred grove, which became a UNESCO World Heritage site,” she says. “I came to Atlanta to spearhead a monumental space to celebrate the legacy of African-Americans in Flight and the Arts, and shine a spotlight on the legacy of the Osogbo Modern Art Movement. The two of us were brave visionaries, advocating for beauty, truth and freedom. We are HUMANISTS.”

Works by Susanne Wenger entitled “Between the Sweet Water and the Swarm of Bees” are currently on display at Emory University’s  Michael C. Carlos Museum through May 15th.