Bolstering the case for Buckhead cityhood are its advocacy group’s detailed claims of consulting public safety experts and cutting deals to attract new businesses contingent on the secession. But some of those alleged contacts — including a national law firm and the famous former head of the New York and L.A. police departments — say they have had no such talks, and most other claims could not be verified.

Bill White, the Buckhead City Committee’s (BCC) chairman and CEO, made the claims at a Nov. 4 hearing of the Georgia Senate’s Committee on State and Local Government Operations. White said he would answer questions about them on the condition that SaportaReport identifies who was sponsoring this story and claimed that anti-cityhood groups had sponsored or received promotion in all previous SaportaReport stories on the subject. When informed that no such sponsorship or promotion exists, White did not respond.

As debate heats up over the BCC’s attempt to get a cityhood question on the November 2022 ballot, much controversy focuses on the lack of detail on such unanswered questions as impacts on Atlanta Public Schools (APS), municipal bond ratings and Atlanta City Council districts. Less noticed is the BCC’s advance work on city operations and policies down to such details as a pledge that every Buckhead City police officer on its 200-person force would be allowed to take their cruiser home.

Responding to Au, White said: “So, in talking to our many police chiefs and advisors — you know, I don’t know if a lot of folks know the names here, but Chief Craig, who was the chief of Detroit, [and] Bill Bratton, who was the man who cleaned up New York from being pretty bad to being one of the safest large cities, the safest large city in America.” He was then interrupted by someone handing him a bottle of water and did not continue his explanation before going into cityhood advocate’s general crackdown approach to crime. 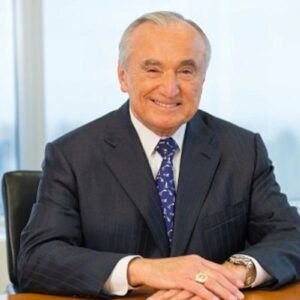 Craig did not respond to a comment request, but Bratton did. “I have no involvement with the Buckhead initiative,” Bratton said in an email.

White also said in the hearing that police chiefs in Brookhaven, Sandy Springs and Cobb County’s Vinings area are “all talking to me all day along” because crime is “our crime is spilling over to them.” Those conversations could be partly confirmed and partly not.

Brookhaven Police Chief Gary Yandura has spoken with the BCC, according to Deputy Chief Brandon Gurley.

“Chief Yandura has been contacted by members involved in the startup efforts of several cityhoods since our incorporation. These conversations have included, but not limited to, the efforts of Buckhead,” Gurley said. “These conversations have also included discussions of how crime knows no borders. Brookhaven often experiences criminal activity that is linked to similar activities in the cities and communities that border our city limits.”

Sgt. Salvador Ortega at the Sandy Springs Police Department (SSPD) could not confirm whether Chief Kenneth DeSimone had spoken with White and said, “Regarding crime spilling over from Buckhead, this is hard to say for certain as each crime has to be looked at independently.” Like other metro cities, Sandy Springs saw a significant increase in most types of crime since the pandemic, according to SSPD statistics.

Vinings is served by the Cobb County Police Department (CCPD), headed by Chief Tim Cox. “Chief Cox has not had any conversations with Mr. White,” said CCPD spokesperson Sgt. Wayne Delk. “…I’m not aware of any statistical data being gathered regarding ‘spillover crime’ from nearby locations.”

Vinings has its own cityhood movement underway. According to that effort’s website, a city police department is not planned because policing is among the services that “it appears… are being handled well by the county.”

Questioned during the hearing about Buckhead’s racial demographics, White also referred broadly to such predominantly African American cities as South Fulton as “helping” the BCC in its efforts. The City of South Fulton did not respond to a comment request.

Part of the BCC’s claim about cityhood is that it would improve economic development by increasing public safety. White in the hearing repeated his claim that Buckhead is “dying” because local businesses are fleeing crime. It is true that some businesses have cited crime in their decision to close or move, though untangling that from other factors like the pandemic economy and lease disputes can be difficult. Robin Loudermilk, head of the prominent Buckhead real estate firm the Loudermilk Companies and now a cityhood opponent, made similar claims last year in discussions that led to the creation of a public-private “Buckhead Security Plan.” However, it is also true that many businesses continue to open in and move to Buckhead, including in such crime hot spots as the Lenox Square mall area.

White said the BCC has a list of companies he is not “permitted” to name who want to move to Buckhead if it becomes a city. He claimed at length to have personally negotiated an extraordinary potential deal for a large company to bring 4,500 employees to the metro area and fund a $50 million APS charter school in exchange for rights to the “tallest tower” in the area.

“They wanna have a 25-year agreement that they’ll be the tallest building,” White told the committee. “And I said, well, OK, that’s great. That’s what you want, but have you asked us what we want? [They said,] OK, what would you like? I said, $50 million for a charter school. So I think we’ll be able to also in cooperation with APS create one of the greatest charter schools in the state of Georgia out of what’s coming from Buckhead City economically.”

While White would not name that company, he did specify two others: the Florida-based law firm Morgan & Morgan and the automaker Tesla.

“So Morgan & Morgan was looking at property in Buckhead City,” White told the committee. “And they decided to look elsewhere. They told Loudermilk Company [sic] they’d like to look elsewhere because the crime is so bad. But they did say if we could get this up and running, and get the crime down, they will move to Buckhead City.”

The Loudermilk Companies did not respond to a comment request, but Morgan & Morgan did, denying any such plan.

“I live in Buckhead and invest heavily in the area, but the firm has not discussed office placement in the area,” said Evan Rosenberg, a partner at Morgan & Morgan, in a written statement provided through a spokesperson.

As for Tesla, White attributed the company’s recent closure of a Lenox Square showroom to crime. “I talked to the manager there,” said White. “He said if you can get crime under control, I’ll move it back. He left the first day after the first shooting at Lenox Mall.”

Tesla did not respond to a comment request. However, media reports said that Tesla began rethinking its nationwide retail location strategy in 2019, well before the current crime increase. That year, the company talked about shuttering most of its stores to favor online sales. That drastic action was not carried out, but by this year, Tesla was executing a strategy to “move away from showrooms in fancy malls” to lower-cost locations and other sales mechanisms, according to the electric vehicle industry publication Electrek. Other claims from both sides

The unique status of Buckhead crime was itself questioned in the hearing. Cityhood proponents emphasized the overall crime rate increase and many horrific incidents like the random shootings of joggers and a 7-year-old girl, and a street attack whose victims are urging prosecution as a hate crime. Opponents correctly noted that the Atlanta Police Department’s (APD) Buckhead-centered Zone 2 precinct had lower crime rates than the rest of Atlanta. Buckhead’s violent crime rates increased at lower levels than citywide, APD stats show, and theft from vehicles was the main contributor to the overall crime rate increase.

Along the way, advocates on both sides made some questionable or untrue claims of varying significance. Some cityhood supporters incorrectly claimed Atlanta “defunded” the police; in fact, the City last year increased APD’s budget. White repeated his previously disproven claim that opponents are “taxpayer-funded” by the City of Atlanta, apparently based on a misunderstanding of how one private Buckhead group gets its revenue.

Edward Lindsey, co-chair of the anti-cityhood Committee for a United Atlanta, suggested that questions were more settled than they are as to why area universities declined to conduct a legally required cityhood feasibility study, forcing proponents to look to Valdosta State. White alleges political conspiracy, while supporters suggest the schools were overloaded, which one of them, the University of Georgia, has confirmed.

White also got a chance to fact-check while also raising another under-noticed aspect of cityhood politics — the idea that Buckhead’s inclusion within Atlanta was unlawful in the first place. The issue came up when Tifton Mayor Julie Smith, speaking as a board officer of the Georgia Municipal Association, overstated her case for why Buckhead cityhood is different from other incorporations. She said it is “going to take, basically, the heart out of a community that has been a part of that community since its inception.” In fact, Buckhead was annexed in 1952, over a century after Atlanta’s incorporation.

“It’s not true. Buckhead was illegally annexed in 1952 without a referendum,” White said in testimony immediately afterward. “So let’s all remember that fact that the mayor stated [saying] you can’t separate something that’s been in Atlanta forever. She doesn’t understand what she’s talking about.”

Amid some grumbling from the committee and a calming interruption from his own supporter at the table, state Sen. Brandon Beach (R-Alpharetta), White continued: “Well, she doesn’t have that fact right. And somebody said facts matter.”