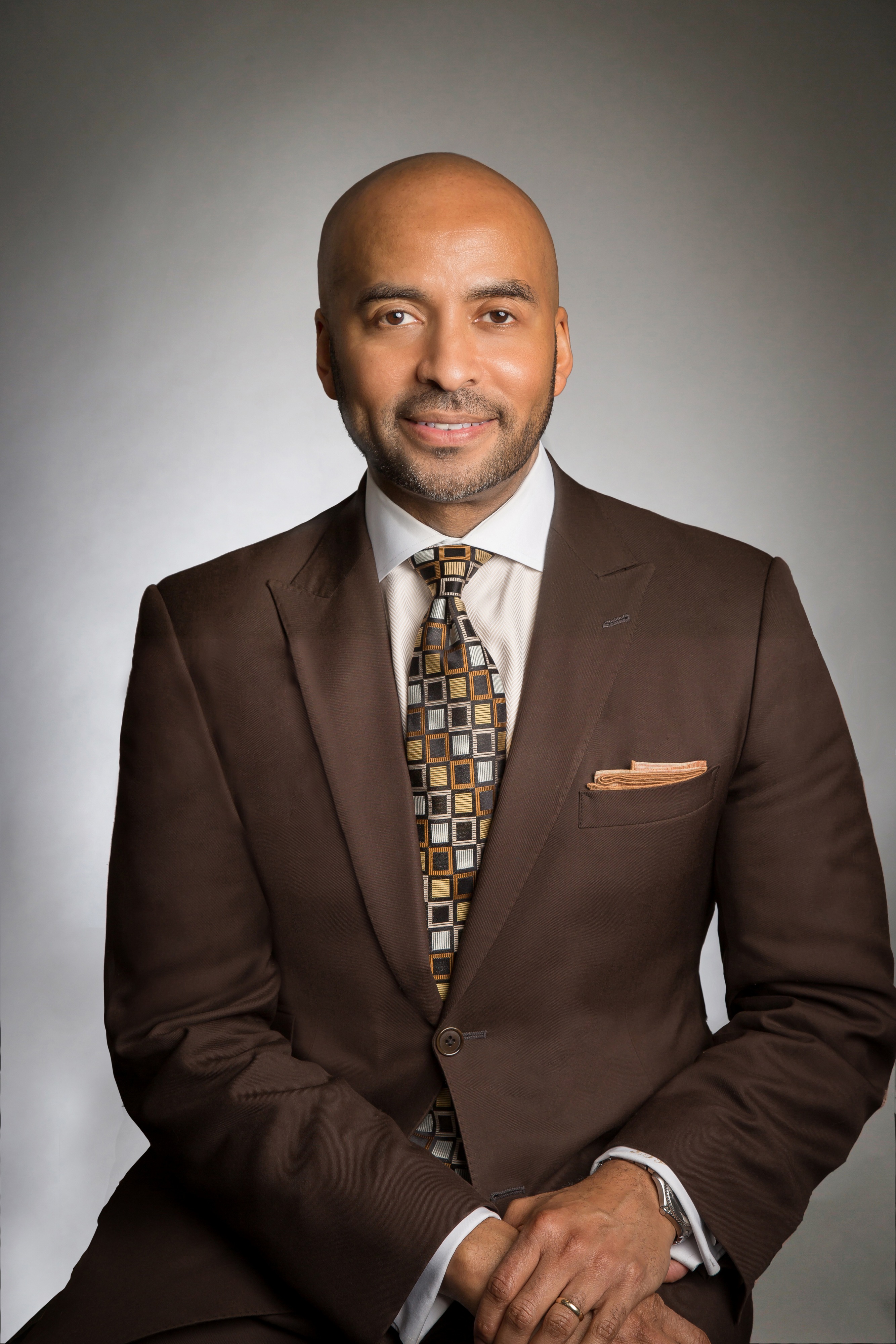 Keith Parker is the current President and CEO of Goodwill of North Georgia. He is also known to many in Atlanta as the former CEO of MARTA, who for five years oversaw one of the greatest turnarounds in the organization’s history. 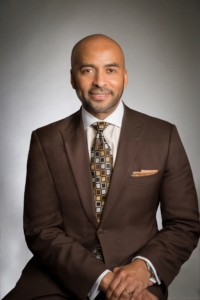 Parker is a long-time industry veteran who has worked in transit agencies in San Antonio and Charlotte before taking over MARTA in 2012. In 2017, Parker stepped down as the CEO of MARTA and transit altogether to become the CEO of Goodwill of North Georgia in October of 2017.

The following is an edited excerpt of a longer conversation with Keith Parker on the state of retail, Goodwill of North Georgia and Atlanta, including transit.

SR: What are some of the highlights of your career at MARTA?

KP: In the seven years I’ve been in Atlanta, I’ve had the great honor of leading two organizations first at MARTA where I was the general manager and CEO in December of 2012. I saw some significant improvements in the agency most notably in its customer services and then its bottom line. As a result, we were able to oversee two referendums both of which passed by the largest percentage of any referendums in the country at the time.

When I left the organization, it was in the strongest fiscal shape in its history, when I arrived, the organization was at the brink of insolvency according (the international auditing firm) KPMG.

And by the time I left, we had a quarter billion dollars in reserves and was at our strongest point with customers, politicians and federal officials.

SR: So how did you end up a Goodwill of North Georgia (NGA)?

KP: I saw the need to make a change and was bestowed a great honor to lead Goodwill of NGA, our organization was also having struggles, we had not met budget in the previous three to four years.

In the year and a half that I’ve had the pleasure of running the organization, we will balance our budget with our strongest fiscal year ever. We will have also opened 5 new stores when most brick and mortar stores are truncating in size.

And we are in the midst of a 5-year plan that will make us potentially the largest retailer in the state of GA. We’ve recently passed Target as having the 2nd most stores in having discount retail stores.

Most importantly using those dollars that came from our stores to fulfill our mission which is to put people to work. We’re targeting 130 thousand people over the next 5 five years to help people find jobs. Not just any jobs but jobs with high quality family sustaining jobs that can be fulfilling a career.

KP: That is an extraordinarily aggressive number. The reason why we picked it is because, if we don’t stretch ourselves, I don’t think we get there. So, I’ve out together a five-year plan that will grow our revenues by 70% that’s faster than any other retailer is looking at in the brick and mortar business. It’s been tough to get competing numbers from other organizations, but we feel that were the largest non-profit workforce development organization in the southeast and we could do much more.

Which is why we feel that we can do much more. Were focused on more middle-income positions. We’ve gone from moving 25,000 people per year over the past four years, that we’re the largest non-profit workforce development organization in the southeast in a time of historically low unemployment. To move a person from unemployed poverty to employed poverty is a step and we believe there is dignity. In work. 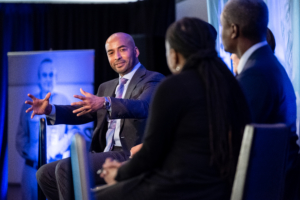 SR: To switch gears a bit. One of the most recent initiatives has been a regional inequality forum, something we haven’t seen from Goodwill before. Why did you decide to do that?

KP: Over the past few years Atlanta the city and region has done well. When you look at the health of our film industry, the world’s busiest airport, the extraordinary amount of new companies and companies that have moved here.

We’ve produced lots of people with six figure incomes. One of the little known things is that in Atlanta is the most difficult place to be born poor in the country. Depending on what neighborhoods you’re born in or zip codes you have a 4 percent chance of getting out of poverty.

So, we’ve been strategizing with our staff and we decided upon starting with a panel on what could be done. The panel was including Mayor Bottoms, Federal Reserve Bank Chair Raphael Bostic and was hosted by Rose Scott of WABE.

We had a good discussion and now are in a larger discussion on how do we regionalize workforce development. Whether or not you live in DeKalb or Gwinnett, how do you get these services because people don’t live in borders and our services shouldn’t be confined either.

SR: Was the idea to have the most important people in the room first?

KP: I think you saw a very good discussion between four friends but to get the conversation started was from the heavy weights. You had the Federal Reserve, the Metro Chamber of Commerce, Goodwill and the Mayor.

SR: I see mostly two things from Goodwill, one – stores and donation centers and, two job centers. What else does Goodwill do?

KP: We have multiple areas of our business. The thing most people are familiar with are our stores. Because people are purchasing those [donated] items in our stores we take those profits and put right into our workforce development programs.

We’ve hired the most effective workforce development professionals in the state and they are very good meeting people where they are… We have 13 of those centers sprinkled across the state. And for no cost we help put people through an entire workforce training program. 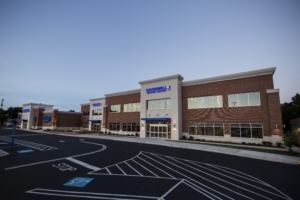 SR: You guys are in retail and as of 2019 a lot of retail is shedding its footprint, while Goodwill is expanding. So what makes Goodwill so different?

KP: It’s because our experience is totally different from a traditional retailer. I’ll use Macy’s as an example, when you go to a Macy’s in Perimeter, North Point or Lenox Mall, you’re getting pretty much the same experience.

If you go to the Goodwill store in West End, Buckhead or Johns Creek, you have a completely different product mix. You’re going to get a high-level customer service at all. But our customers shop in multiple Goodwill stores in a day.

SR: Given how dominant Amazon is in 2019, how does Goodwill address this challenge?

KP: We’re now in the e-commerce business, we started at the top of the year. Off to a very quick start but we’re going to grow that business dramatically, not because of Amazon but because of the uniqueness of the product mix we offer. If someone from Sacramento has been looking for a book and they happen to find it on our online, that helps expand our footprint.

SR: Do you consider yourself a turnaround artist?

KP: I think of myself as a leader and motivator and someone who’s able to do a quick assessment. The Jim Collins format of telling the brutal facts of an organization and then look for potential on room to grow or for opportunities to shed things we don’t do very well.

The most important thing is empowering our people. So, part of what we’re doing at Goodwill is guaranteeing raises every 6 months to our frontline personnel. The goal is to catch the pay of Target and Walmart employees in the next 4 years.

For more on Goodwill of North Georgia’s job training programs feel free to look at the link below.
https://goodwillng.org/training-programs/

Previous Article
Fulton County’s new sustainability plan sets climate change mitigation as No. 1 goal
Next Article
Reconsidering Our Relationship with the Chattahoochee River: Where Will We Be in 20 Years?