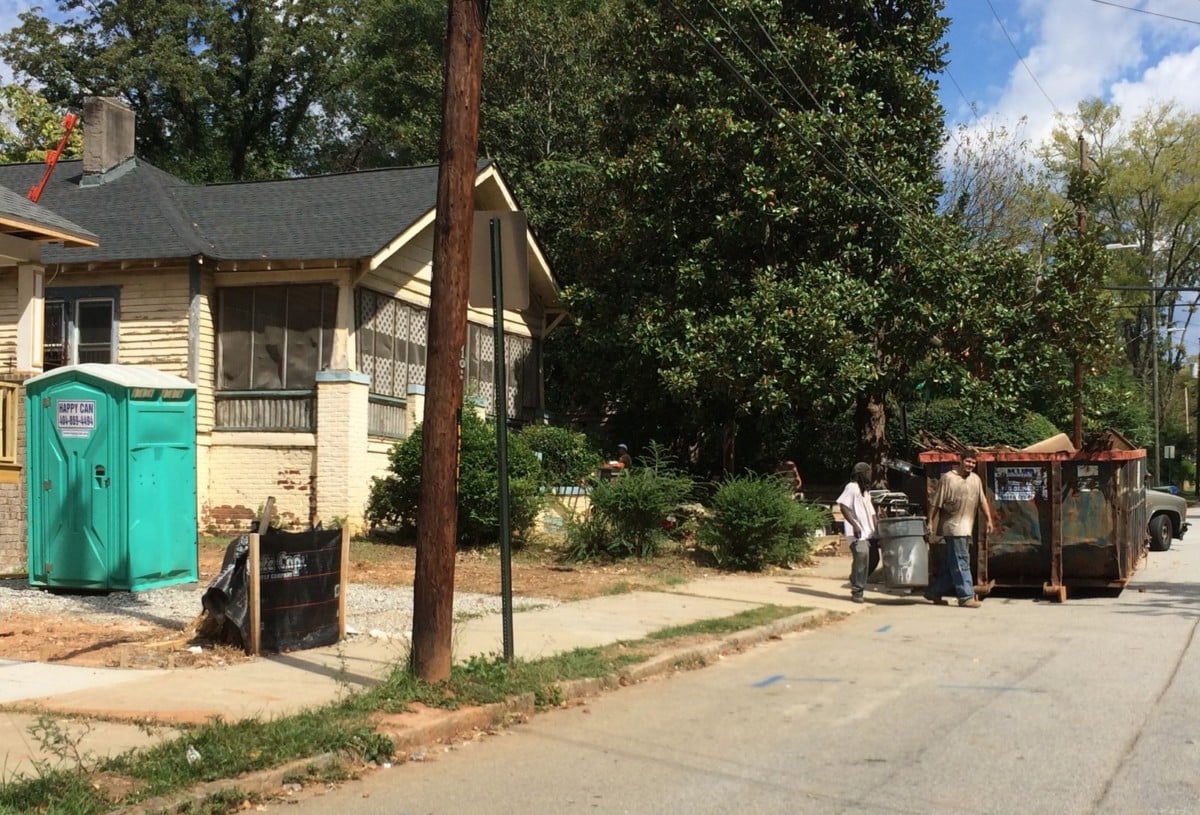 Atlanta has established a $40 million fund to help low income homeowners pay to upgrade their homes. Now, it's common for folks to leave such homes and for developers to buy, renovate and flip them at prices higher than the former residents can afford. File/Credit: David Pendered
Share32
Tweet
Share9
Pin1
Pocket
WhatsApp
Buffer
Email
Reddit
42 Shares

Renewed efforts by Atlanta’s civic leaders to increase the supply of affordable housing, especially in areas around the Atlanta BeltLine and the Mercedes-Benz Stadium, could run into a brick wall established by housing lenders, according to research detailed in a new report by the Federal Reserve. 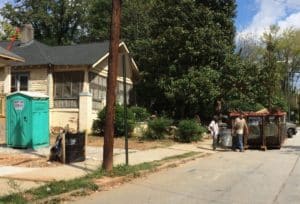 Investors are back in business in the West End. After the homes are upgraded they typically are placed on the market at prices higher than the historic ranges for the neighborhood. Credit: David Pendered

Mortgage credit has been tightening since 2005, according to a FEDS Note released Sept. 29 by Federal Reserve. Back in 2005, a credit score of 590 was good enough to get a mortgage. Now, the minimum credit score is hovering around 640, according to the report.

The impact is obvious – folks with subprime credit ratings aren’t getting mortgages. The historic rate for subprime is below 640.

This market situation is likely to have profound effects on any efforts by Atlanta leaders to increase the supply of homes affordable to folks earning the salary of schoolteachers and shop clerks. Especially if they have experienced negative credit events.

Policy changes include an ordinance that took effect July 1, approved by the Atlanta City Council and endorsed by Mayor Kasim Reed. It requires residential developers who get construction funding from a local entity, such as a development authority, to provide a certain number of affordable homes. On the horizon for 2017 is a push by advocates of a proposed inclusionary zoning regulation in Atlanta to make it a central issue in the 2017 mayoral campaign, they said at the September meeting of the Atlanta Regional Housing Forum. The provision would require homes of all price ranges be built in a new multi-home development.

Meanwhile, ongoing efforts by various free market and non-profit housing developers are creating a supply of for-sale homes that generally are considered affordable. But even these homes will end up being available mainly to folks whose credit rating emerged relatively unscathed from the Great Recession, according to results of the report. 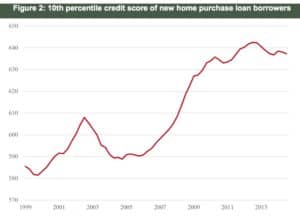 Individuals with subprime credit scores, historically rated below 640, have faced a credit market that has tightened considerably sine 2005 and the Fed reported that subprime credit access shrank even more in the second quarter of 2006. Credit: federalreserve.gov

Some lenders actually increased standards in the subprime market during the second quarter of this year, according to another report by the Fed, issued in July, “Senior Loan Officer Opinion Survey on Bank Lending Practices.” The banks are making access to credit even tighter for those in the subprime sector.

The purpose of the Fed report in September was to determine if banks are still providing access to credit blacks and Hispanics.

The report notes that there’s a, “disproportionate decline in lending to minorities since 2006.” The report did not provide data to support the statement.

Researchers determined that race and ethnicity did not factor into the decline in access to credit. The drop in lending was related to credit scores. The report notes that blacks and Hispanics tend to have lower credit scores than whites. The report offers a fact followed by an observation: 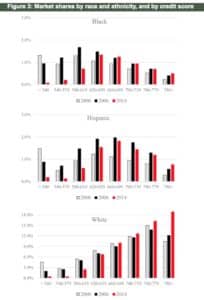 The Federal Reserve determined in a new report that lenders were tightening access to credit based on credit scores, not on race or ethnicity. Credit: federalreserve.gov

Of note, the report concludes with this statement:

One purpose of the report was to determine when banks are meeting obligations of the Community Reinvestment Act to help safely make credit available throughout their communities.

Incidentally, market shares for Asians, Native Americans and other minority groups were not tracked because of changes in data gathered since 2004, the report said.

Previous Article
‘The Girl on the Train’ provides Tate Taylor chance for redemption; he passes
Next Article
Sharing and saving community stories