ATL edging toward Vision Zero, a policy of no deaths when vehicles strike humans 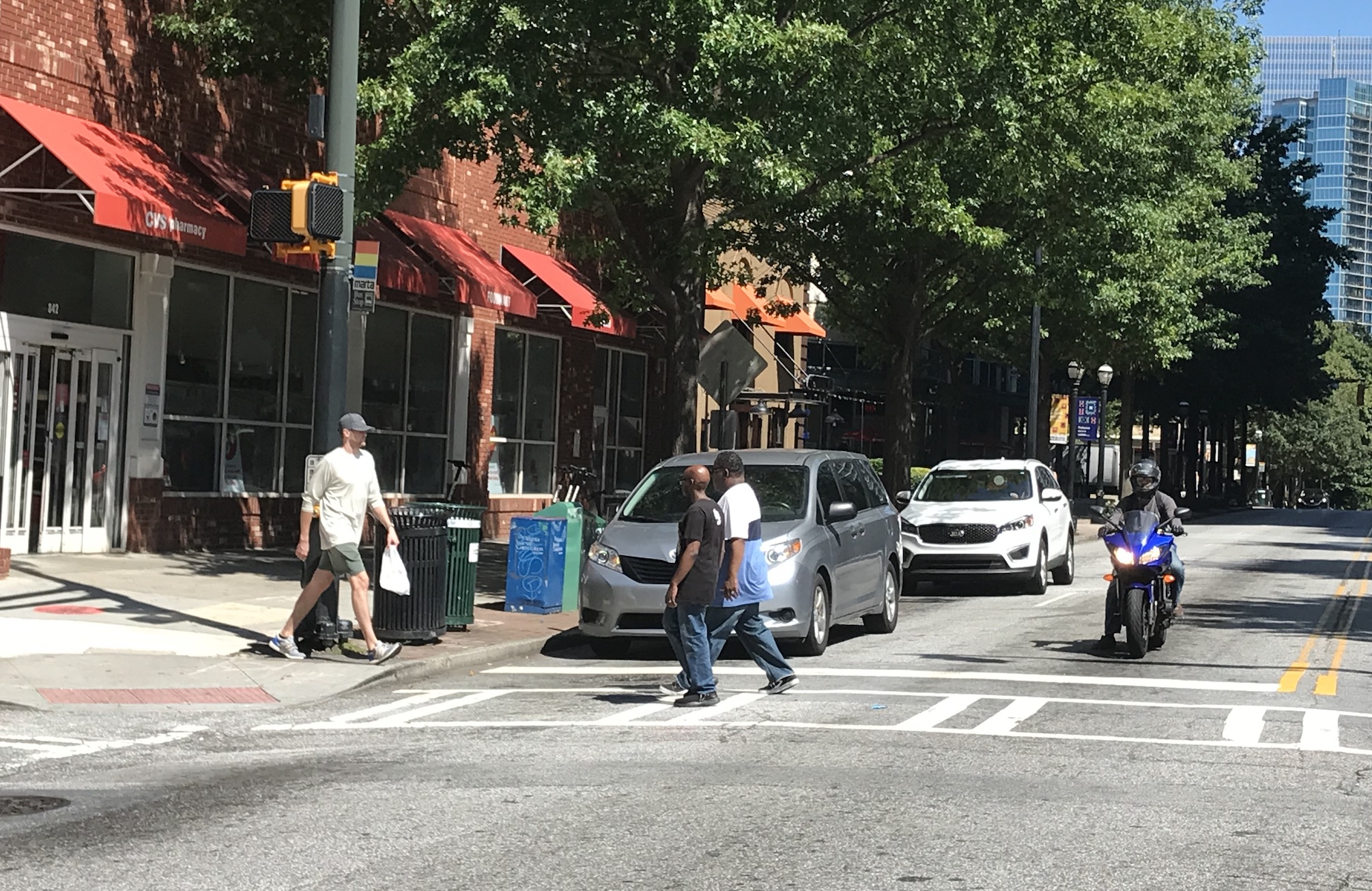 Midtown is home to a plethora of transportation modes and presents unique challenges to devise a mobility plan that keeps all safe as they move efficiently around the area. Credit: David Pendered
Share166
Tweet
Share
Pin
Pocket
WhatsApp
Buffer6
Email
Reddit12
184 Shares

The job posting for Atlanta’s first transportation commissioner calls for experience with implementing Vision Zero, a mobility policy that includes reducing vehicular speed on city streets in order to improve safety for folks not in vehicles. 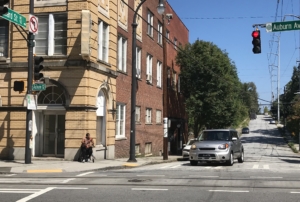 Atlanta’s first transportation commissioner is to implement a mobility policy that accommodates the needs inherent in travel by all modes of transportation, including wheelchairs. Credit: David Pendered

Atlanta has not formally adopted Vision Zero. But Vision Zero is cited by name on the job posting and is increasingly relevant as Atlanta Mayor Keisha Lance Bottoms’ administration grapples with issues including:

Atlanta has stopped accepting applications for the commissioner’s position. The commissioner is to oversee a Department of Transportation the Atlanta City Council voted in June establish. The DOT is to be devised with public input gathered in a community engagement process, and the department is to start work in late 2020, according to the legislation adopted by council

The job posting for Atlanta’s DOT commissioner lists experience with Vision Zero as fifth of 10 items cited on a segment of the wish list titled, Ideal Candidate. The candidate is to have: 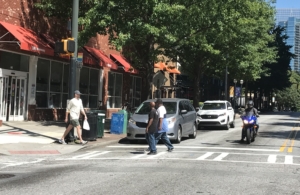 Midtown is home to a plethora of transportation modes and presents unique challenges to devise a mobility plan that keeps all safe as they move efficiently around the area. Credit: David Pendered

About 40 U.S. cities have adopted Vision Zero, including the coastal anchors of New York and Boston, San Francisco and Los Angeles. Smaller cities that support Vision Zero include Austin, Boulder, Charlotte – and Macon.

Macon embraced Vision Zero as part of the effort that started in 2015 to increase pedestrian safety. The website doesn’t make clear any measures that have been implemented beyond the fundamental step of putting pedestrian safety at the center of transportation planning.

Vision Zero is a fairly new concept in the United States and got its start in Sweden in about 1997.

The premise is that no pedestrian should die from injuries after being struck by a vehicle. A common solution is to reduce vehicular velocity to speeds that don’t kill pedestrians on impact – about 19 mph.

Atlanta has not adopted formally a Vision Zero policy. That’s not for a lack of trying by advocacy groups. 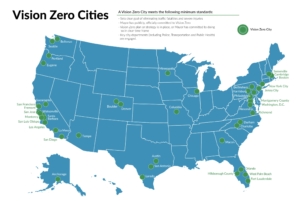 Atlanta’s first transportation commissioner is to have experience implementing the safety concepts of Vision Zero, which has been adopted by more than 40 cities in the United States. Credit: visionzeronetwork.org

The Atlanta Bicycle Coalition in 2017 included Vision Zero as a plank in its 2017 policy platform. The proposal regarding Vision Zero recommends Atlanta’s mayor and councilmembers: 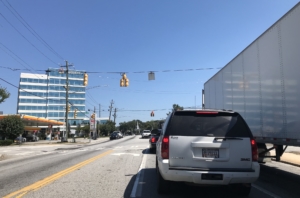 Howell Mill Road is a state-designated truck route between I-75 and a railroad district west of the interstate. The corridor also serves those moving among the growing number of homes, shops and offices located along the roadway. Credit: David Pendered 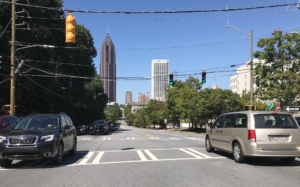 North Avenue is a major transportation corridor that connects Atlanta’s eastern and western areas, and is part of an experiment to determine if artificial intelligence can improve safety and mobility. Credit: David Pendered