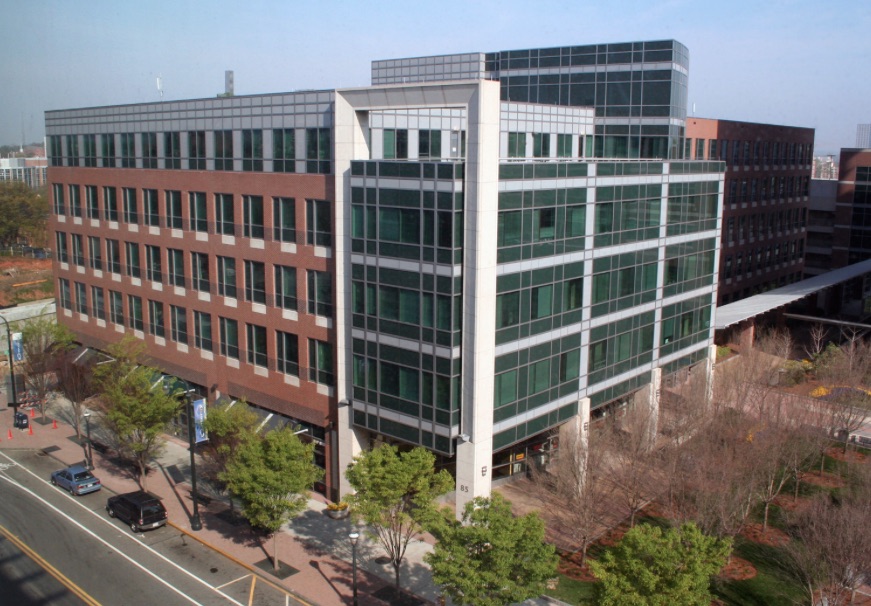 Georgia Tech's Technology Square is at the vortex of Tech's IT efforts, which CBRE says have spun off 62 firms backed by $721 million in venture capital. Credit: atlantabbc.com

Atlanta’s Top Ten ranking as a high tech market was underscored again last week when Kaiser Permanente announced plans to establish an IT hub in Midtown. 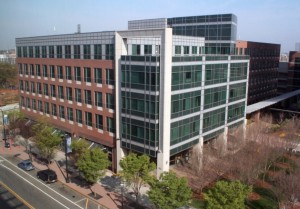 Georgia Tech’s Technology Square is at the vortex of Tech’s IT efforts, which CBRE says have spun off 62 firms backed by $721 million in venture capital. Credit: atlantabbc.com

Atlanta also offers a number of characteristics that are attractive to high tech operations, according to a report released April 13 by CBRE, a major commercial real estate and investment firm. These characteristics placed Atlanta at No. 10 on a list of 50 major metros.

Incidentally, the CBRE report represents both the city of Atlanta and the metro area. Some figures in the report are specific to Atlanta; others are drawn from federal agencies and address the metropolitan Atlanta statistical area, which is a 28-county region.

The overall low cost of doing business is one factor drawing IT firms to Atlanta. 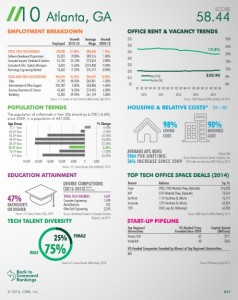 Atlanta’s high tech market ranks 10th in the nation for its scores in these categories. Credit: CBRE

Top-ranked Silicon Valley had an average IT wage of $116,237. That wage won’t go as far as it sounds, given that average rent for an apartment will total $30,252 a year. In Atlanta, rental costs will average $11,568 a year, according to CBRE’s report.

CBRE determined that Atlanta offers lower costs than its Top Ten rivals in the following categories:

Even at the current wage rate, the average IT worker in Atlanta can enjoy a good standard of living. The average IT wage is nearly double the average non-IT wage, of $44,967, according to CBRE’s report.

CBRE is paying attention to the IT market because of its effect on the office market. The industry is growing rapidly, as IT permeates everyday life.

Yet IT firms operate in game-changing ways. For example, IT firms allocate more of their resources to labor costs than to office space, which affects the size, type and cost of space IT firms seek. CBRE determined that: