The Atlanta BeltLine’s most dramatic influence on the city’s growth and decline appears in two areas of Northwest Atlanta. Since 2000, population has dropped by 16 percent south of the future Westside Park, and more than doubled west of Atlantic Station, according to an Oct. 14 report on equitable development along the BeltLine. 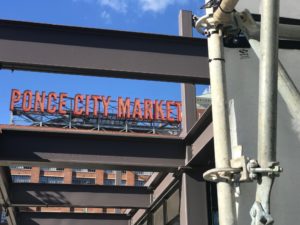 Ponce City Market is a former warehouse that has been retrofitted into a mixed use development and equipped with direct access to the Atlanta BeltLine. Credit: Kelly Jordan

The report arrives as a citizen advisory committee established in the original BeltLine legislation is questioning whether its recommendations make any difference in the city’s development of the BeltLine.

The process calls for this committee’s recommendations to be delivered to the city and Invest Atlanta, the city’s development arm that in 2006 established Atlanta BeltLine, Inc. as a not-for-profit entity. The committee’s stated purpose is to: “monitor the effective and equitable implementation of the BeltLine Redevelopment Plan.”

At its July 14 meeting, the executive committee of the Tax Allocation District Advisory Committee was to take up an agenda that listed an item of “old business” as: 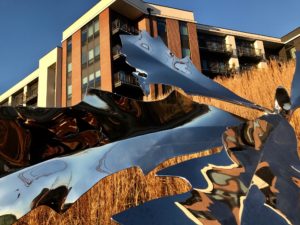 The Atlanta BeltLine was initially intended to induce developers to build apartments and commercial projects on land beside a planned trail and transit system. Credit: Kelly Jordan

The full report on the BeltLine’s Equitable Development Policy is slated for discussion at Wednesday’s meeting of Fulton County’s Board of Commissioners. Commissioner Lee Morris requested the discussion in his role as the commission’s only representative on the board that oversees Invest Atlanta. The Invest Atlanta board is chaired by Atlanta Mayor Keisha Lance Bottoms.

The report is divided into six sections. Titles and highlights include:

The report includes demographic measurements on each of the 10 subareas in the BeltLine’s master plan. Categories include: