Atlanta BeltLine plans to sell 1.5 acres at Piedmont Park for mixed use development 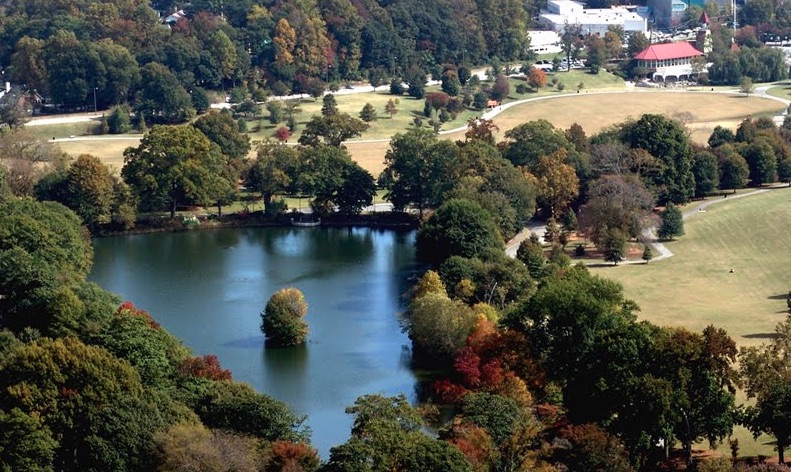 The Atlanta BeltLine plans to sell a 1.5-acre, tree-covered parcel next to Piedmont Park to a developer who’s to build a mix of shops and residences, most likely apartments. Proposals are due Friday. 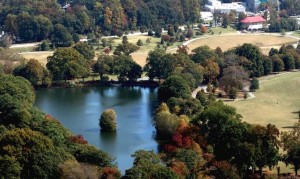 The Atlanta BeltLine intends to sell the 1.5-acre tree-covered parcel that’s to the left of Park Tavern, the red-roofed building at the top right of this photo. Credit: Judah Clark via ssl.panaramio.com

Park Tavern is adjacent to Piedmont Park, at the intersection of 10th Street and Monroe Drive.

The BeltLine issued a request for proposals on April 15 and conducted a pre-proposal meeting on April 27. The sale is slated to close on or before Dec. 1.

The RFP does not suggest a number of residences or shops that are to be created. The master plan for this section of the BeltLine was adopted Dec. 5, 2011. This is one statement from the master plan concerning this specific area:

Seven goals for the project include:

The BeltLine created a vision statement with seven components. This is the entire statement:

Previous Article
‘Avengers: Age of Ultron’ – movie geared to followers of superhero blogs
Next Article
It’s a small world after all for an Emory physician and a Grady Hospital Medical Director