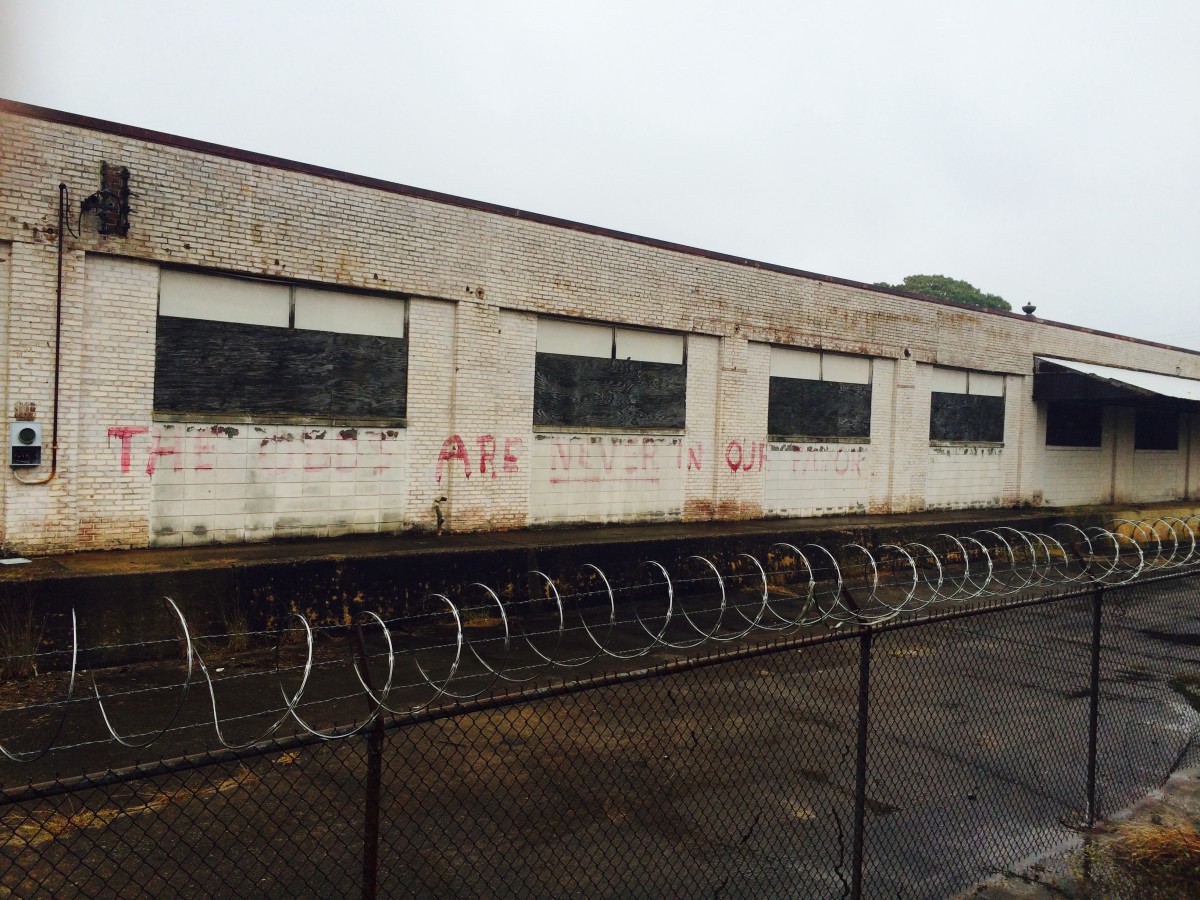 The Atlanta BeltLine intends to overturn the sentiment expressed in this graffiti on a building that once served as the State Farmers Market: "THE ODDS ARE NEVER IN OUR FAVOR" Credit: David Pendered

Three years after no one offered to buy the old Atlanta Farmers Market, in southwest Atlanta, the Atlanta BeltLine is seeking a full analysis of what will be necessary to kindle redevelopment of the market parcel and adjacent neighborhoods. 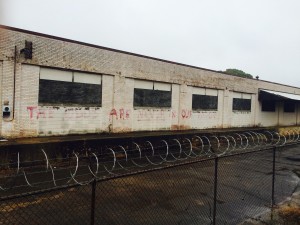 The Atlanta BeltLine intends to overturn the sentiment expressed in this graffiti on a building that once served as the Atlanta Farmers Market: “THE ODDS ARE NEVER IN OUR FAVOR.” Credit: David Pendered

The Georgia Building Authority put the 16.4-acre site on the auction block in 2012. No bids were submitted, and the State Properties Commission withdrew the property.

The BeltLine subsequently acquired the property. It’s located in an area named Murphy Crossing, at the intersection of Murphy Avenue and the Westside Trail of the Atlanta BeltLine.

Now the BeltLine has issued a request for proposals for what it calls a, “jobs related economic feasibility study.” Proposals are due Nov. 13.

This is the overview of the desired outcomes:

The Atlanta BeltLine is seeking an economic analysis that can help spark redevelopment at and around the old Atlanta’s Farmers Market, at Murphy Crossing, in Southwest Atlanta. File/Credit: Mapquest, David Pendered

In order to achieve these outcomes, the RFP sets out five specific subjects the report is to cover: 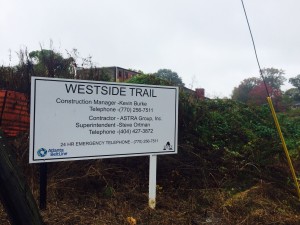 The Westside Trail segment of the Atlanta BeltLine is under construction. The trail forms the northern border of the site the BeltLine is seeking plans to redevelop. Credit: David Pendered

The Murphy Triangle area is the real thing when it comes to Atlanta’s old industrial structures.

The old structures represent the “greatest concentration of historic industrial buildings along the BeltLine,” according to the city’s description in a document on brownfield remediation in southwest Atlanta.

One warehouse, for example, was built in 1900. It’s located at 1100 Murphy Avenue, a short distance from the old farmers market. The warehouse covers 16,900 square feet, the land encompasses 0.38 acres, and the property is valued at $330,300, according to the Fulton County Tax Assessor.

These industrial uses weren’t always environmentally friendly. However, Atlanta has support from the U.S. Environmental Protection Agency to clean up about 40 acres of brownfields that have been identified in the Murphy Triangle area.

In addition to the Westside Trail, public projects planned in the general area include a mixed use development at MARTA’s Oakland City Station, and the redevelopment of Fort McPherson into a film studio, by Tyler Perry, and other potential development on 145 acres Perry did not purchase from the state. 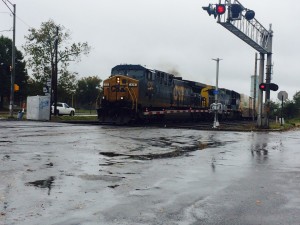 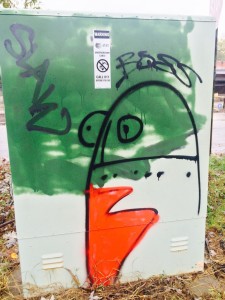 Graffiti is not rare on some of the old industrial buildings in the Murphy Crossing area. Credit: David Pendered