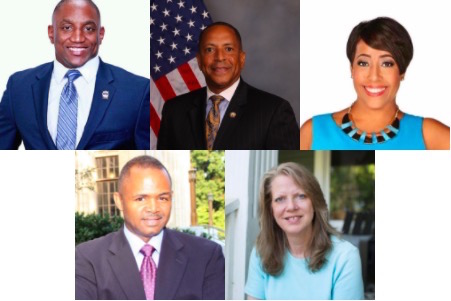 In one of the more crowded races for Atlanta City Council this year, five folks including the incumbent are looking for votes in parts of southeast Atlanta from Downtown to Lakewood.

Incumbent Carla Smith is facing four challengers, none of whom have held elected office before.

We asked all the candidates about their priories, their ideas and their opinions about Council. Click to read the Q & A:

When it comes to campaign cash, Ivory lapped the whole field several times in fundraising in the three months to June 30, according to the latest available campaign finance reports. During that period, she reported raising nearly $86,000. That’s about ten times what Aribo and Smith reported receiving in the same period. Powell reported raising no money as of that time. Hill, who joined the race last, has not yet been required to make any campaign finance reports.

Update: A reference to this district’s geography has been corrected. The district covers parts of southeast Atlanta.

Previous Article
Atlanta City Council candidate Q and A: Carla Smith
Next Article
Why every CEO should care about cybersecurity