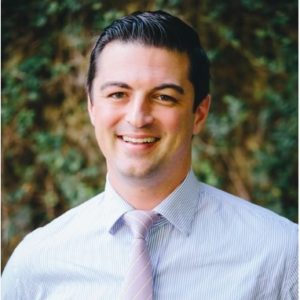 Amir Farokhi has been a lawyer and worked for nonprofits. Atlanta City Council would be his first elected office.

A: … The district itself is fairly diverse in neighborhoods and needs. I think there are some very specific issues that are important to a lot of people but aren’t necessarily districtwide. I think if you would take districtwide, top issue, I think fundamentally the affordability question is top of mind. Even in neighborhoods that are fairly economically homogeneous, as home prices rise, there are concerns about aging in place, can I afford to stay in my home. In other parts of the district, Old Fourth Ward especially, the demographics of the neighborhood change dramatically. So, how do we maintain economic diversity in housing stock, both protecting longtime homeowners and finding spaces for new people who want to move in.

I think one of the huge opportunities and exciting things is these neighborhoods in the district are high-demand. People really want to live in the neighborhoods in District 2. So managing that growth and maintaining affordability I think is an issue across the district no matter where you live whether it’s Midtown or Candler Park.

Q: What can you as member do about that?

A: I think we have to be honest as Council candidates. Ultimately, significant policy changes or shifts to promote affordable housing are going to require a coalition on Council and the mayor’s support. Whether it’s, let’s say we really build out a stronger inclusionary zoning approach along the BeltLine corridor or where there’s been public investment, that’s going to take more than just one City Council person to get it done.

But I think leading that conversation is an important one to have, because it’s not just District 2 having these affordability challenges.

And then I think there’s fundamentally, can you work with all the players at play to figure out how to build more housing at all income levels, to find developers who understand the importance of mixed-income communities and mixed-income housing and [when] this is an opportunity in timing, and the right piece of land at the right time and the right people and the right funding and it’s being vigilant and asking, ‘Is this going to bring affordability to the neighborhood?’

A: so a couple of things in quite proud of. The biggest thing I’m proud of is in 2010 I left the practice of law and founded a nonprofit called GeorgiaForward whose primary mission was to truly try and drive a statewide conversation about the future of the state in a nonpartisan way, with business, government, civil society all in the same room, a host of issues, public health, infrastructure, education, economic development. As part of that work we founded a program called Young Gamechangers which works with smaller cities around the state of Georgia and convenes young professional experts and voices to work with that city on tackling long-term challenges they’ve been grappling with for decades. …

And then the last thing I’ll add really quickly is I helped run a national education nonprofit for about two and a half years called the College Advising Corps. Here in Atlanta we partnered with the Achieve Atlanta Initiative to really increase the number of college advisors to help kids particularly low-income kids navigate the college admissions process so that there’s a good pipeline to college for kids who may not come from families who traditionally have gone to college.

Q: What’s an uncomfortable truth the next Council has to face?

A: … One is the question of race. We grapple with it in fits and starts. We’re a community shaped by kind of black-white racial dynamics for most of our history. Increasingly we’re more diverse than that. But I think the question of race particularly in District 2, where there’s been kind of a demographic shift from majority African-American to majority white, and what that says about the city, how we approach policy, what inclusion means to us … You can talk about it in a positive warm, fuzzy way but sometimes when the rubber hits the road, there are very hard conversations we have to have about access to resources, privilege, and why things are happening now and haven’t happened in the past. So I think those are conversations we should be having all the time.

And then the other hard reality we have to address or just kind of be aware of is … we’re a very small part of the metro region, both the city and this district. Even if everyone in the region probably comes to District 2 at some point to go to a sporting event or the High Museum or Ponce City Market. And a lot of the problems that we grapple with require regional solutions and regional leadership that we don’t always have whether it’s transportation or infrastructure. …

Over the last four to eight years, what’s something this Council has gotten right?

A: … I give Andre Dickens credit for really driving the affordable housing conversation. Eight years ago I ran for City Council … for a citywide seat, I lost in the runoff, and I remember at that time I would talk about inclusionary zoning on the campaign trail and people would … really strong progressives would say “yes” but the development community wouldn’t even think twice. And I think the Council, maybe not as aggressively as it could have, but given where we’ve come and how we approach development in Atlanta, I give the Council credit and Andre Dickens credit for really driving that conversation and aligning folks around it. …

[googlemaps https://www.google.com/maps/d/embed?mid=1WBF8PcifY_bQrXNwlSxOTC4kKwU&w=400&h=480 align=”right”]Q: What’s something this Council has gotten wrong or failed to do?

A: I think you could say they didn’t move fast enough on affordable housing, it’s two sides of the same coin. One is, I think we’re overdue — and this is more of a philosophical approach than an actual decision — in making decisions based on what’s best for people and residents. I think oftentimes in our past, the city, including Council which has been complicit in this at times, we’ve chased the big shiny object whether it’s a new stadium or it’s a tourist draw or something that’s going to bring business to town.

Look, this is a city that’s been built on business in many ways, but I think there’s been a hunger for a long time now from residents who want to see neighborhood priorities kind of front and center. So when we make a decision, let’s take Underground for example or, the question should be what does this mean for the mobility, what does this mean for folks who live here, not just for tourists or folks who are staying in hotels, does this make this place the most desirable place to live possible?

So I’d like to see us kind of flip things and say if we build a great place for people to live the other stuff follows first, but I think too often we’ve said let’s build a great place for a sporting arena or a museum and have the right hotels and that’s what really puts us on the map. I think what puts us on the map …, beyond where we are now … is to be this really vibrant collection of amazing neighborhoods each with their own personality but have sidewalks that aren’t broken and park space that’s clean and vibrant and safe streets and … integrated and successful schools. There’s room for us to really build ambitious public art and access to transit, things that could make it possible to live in a city no matter what your income is. …

A: [District 2 is] our front door to the world in many ways, carries with it enormous responsibility. And opportunity … I think it’s easy to be aggressive in the policies that we talk about here, I think it’s much harder to be effective in a role that is collaborative and gets things done in a fairly complex environment.

There are a lot of stakeholders who are interested in issues in this district. I think that my skillset and my history has been one of collaboration, of really working with disparate parties to get things done. Being responsive and present and not forgetting that yes while as neighborhoods we have a lot we need, we need the city to listen, to respond to our needs, [but] in order to get things done, we have to work with the corporate community, the nonprofit community, government; I think I bring a skillset and a number of relationships that allow me to actually get things done in a way that’s not divisive; it’s proactive and collaborative.