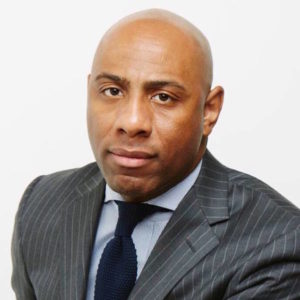 Cory Ruth is a partner at Mergence Global, an IT consulting firm. Atlanta City Council would be the first elected post for the Buckhead resident.

A: …If I had to choose a legacy item that I would want to see myself lead Atlanta in the implementation of, it would be free and subsidized universal high-quality full-day pre-K programs for children between the ages of 2 and 4.

Our campaign hired an education consulting firm to do a current state assessment on the city of Atlanta, see where were and what we would have to do. It’s about a $30 million proposition on the low end, it’s like $190 million on the high end. But if you just took the students who are, the percentage of students in Atlanta Public Schools who are at or below the poverty line as demonstrated by free or reduced lunch, that puts us right at somewhere between $30 million and $60 million.

Having said that, we can achieve that without having to raise taxes just by changing our priorities. And so my first goal would be to pass a resolution stating that it is the goal of the city of Atlanta to have free, subsidized, universal, high-quality full-day pre-K for children at or below the poverty line between the ages of 2 and 4.

Q: That sort of plays into my next question. What could you as a Council member do about that?

A: Start with a resolution, that’s first, get folks on the record saying, ‘Yes this is something that we have to do.’

All of those types of things are reduced when you ensure that they have access to high-quality pre-K.

My daughter is 2 years old. She’s in her second year of pre-K. It’s a high-quality pre-K. We have parent-teacher conferences for a 2-year-old. And she’s going to get that from 2 to 3, from 3 to 4, from 4 to 5 and then she goes to kindergarten. And she’s going to compete with kids largely on the south side of town whose first introduction to formal education is kindergarten. So they’re already three years behind. So that achievement gap that we have attributed to race, that we have attributed to poverty, is not cut significantly unless kids are in high-quality pre-K from two to four.

… So I think that having someone, a champion in the city, on the City Council who’s going to push for this, is what we need.

Q: Tell readers an accomplishment you’re proud of. It could be something personal, professional, civic.

A: I’m very proud of the fact that I’ve built a family. We got three kids now. A 16-year-old, one who’s just turned three the other day, and a one-year-old. I’ve been married for eight years and I just got this little family and that’s an achievement.

… I’m also proud of, I’ve managed a $650 million merger, I’m right now working on a massive transformation project for a Fortune 500 company. I’m proud of what we’ve been able to achieve professionally.

But I also ran a homeless shelter when I was 19 years old. I joined with Regina Belle and John Battle to feed 2,500 people a month. And I worked with Rev. Gerald Durley on the south side of town for several years. That was probably the most fulfilling time in my life and we did everything from feeding a hundred families with a week’s supply of food to going into homeless shelters and addressing homeless depression to giving community forums at barbershops …

Q: Over the next four to eight years, what’s an uncomfortable truth that the next Council has to face?

A: Right now, Atlanta is facing an unsustainable revenue model.  We’re unique in that our city proper has a population less than 25 percent of the overall metropolitan population. So the city population is one-ninth of the overall metropolitan population. That adds pressure to our infrastrure, to natural resources, it means that each tax-paying resident of Atlanta is paying for nine other people to access our infrastructure. That’s further complicated by the fact that we carry a persistently high poverty rate that exceeds 20 percent.

… At some point we’re going to have to broaden our tax base and we do that by transitioning people in poverty from poverty to gainful employment and affordable housing. That’s something that is intimate to me because not only did I serve in the governor’s office as the director of programs in workforce development, but also, my mother went back to school … when she was 30 years old, got her GED, got her diploma and continued on and became a registered nurse. And my grandmother went back when she was 50 and did the same thing. So I’ve seen that transition take place and I know we’ve got to put the gas on that in our city in order to make sure that what happened in my family is happening to a greater deal of folks…

The other way to do it is … my theme is ‘Unite Atlanta.’ Part of that is making sure we have solutions that work for everybody, the other part is, Atlanta has historically had bad relationships with the counties that surround us, with the state of Georgia, and depending who’s in office, with the federal government, certainly with this guy in office.  So we have to have good relationships at all of those levels just like what we’ve seen in terms of the state and the city’s interconnectedness in the last eight years. we’ve got to build on that, we’ve got to better that, we’ve got to broaden that. But when you think about Grady, when you think about MARTA, when you think about what I’m talking about here with universal childcare … [and] law enforcement.  Our relationships with our regional partners, our state partners and our federal partners is going to be so important.  …

Q: Over the last four to eight years, what’s something that Council has gotten right?

A: I think the Council works well together generally. I think the work that they’ve done in the different communities to make sure that they hear the voice of the people and are responding accordingly, whether that’s LGBT issues or whether that’s other civil rights issues.  I think the City Council has done a great job of just having an ear to the ground.

Q: Over the last four to eight years, what’s something Council has either gotten wrong or failed to do?

A: We still have a persistently high poverty rate. How we can go every four years, election cycle after election cycle and that not be lowered or addressed, but we invest $6 billion in the BeltLine, but we invest in expansion of the airport, we attract new businesses to the city, we do a lot of great things. I’m not against those things. I’m for those things.  But I don’t think we’ve done the blocking and tacking around poverty the way we should.

The south side is our most untapped resource.  We can’t see them as wards of the city. We have to see them as potential contributors to the city. … I don’t have to give you my criticism. The numbers are what they are.  We’ve got to get those numbers down.

Q: Overall, bottom line, why should people vote for you? What’s your pitch to voters?

And I also know what it’s like to do well in life. And so I think this seat, especially in the city that has the highest amount of income disparity in the nation, we need someone who’s woken up on both sides of the track.  I bring that in a way that nobody else running for City Council can bring.

I also bring good relationships on both sides of the aisle. I’ve been … supported by the former director of the Congressional Black Caucus. I’ve been supported by Republican senators. I have the type of relationships on both sides of the aisle that can help us with our relationships regionally, statewide and at the federal level.  And at the same time I got a perspective that I think a lot of people don’t have. I think that it would be helpful to those kids that are growing up in poverty, those kids that don’t have access to quality childcare, that are going to be at a disparity for the rest of their lives because of it.