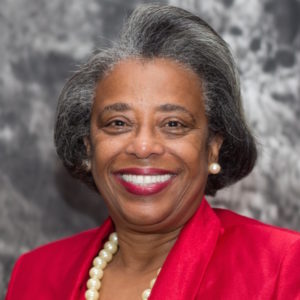 Some answers have been lightly edited for clarity.

A: My concern for District 11 is the current infrastructure, mainly streets and sidewalk improvements and cleaning of our city of Atlanta [road and driveway] aprons from trash and debris on a more frequent schedule.

Q: What could you as a Council member do about that, what are your policy plans or ideas?

As far as the cleanup of trash and debris, I would work with the Department of Public Works commissioner again, as well as their division heads, sanitation services, on their budgets, to have their weekly crews clean up on the city’s aprons as well as the city streets, some of the trash and debris. And to be able to provide their staff with tools needed to accomplish those tasks, you do need to have those tools accessible so that you can pick up the litter and debris.

And then I will ensure that those services are definitely provided in District 11.

Q: Turning to Council, what is an uncomfortable truth that the next Council needs to face?

A: Basically the fact that eight of the current City Council seats of the 16 are being vacated, which is unprecedented, leaving the Atlanta City Council without seasoned and some knowledgeable Council members on the city of Atlanta’s legislative and executive process.

And there are also five current City Council seats that are being challenged during the election. That could be of some concern.

Q: Turning to Council again, looking at the last four to eight years, what is something Council has gotten really right?

A: I would say, along with the administration, opening the city of Atlanta’s recreation centers for our youth and our senior citizens to utilize the programs and the services that their tax dollars have paid for. And Council established the city of Atlanta resident and nonresident fees at those centers. I think opening of our city of Atlanta swimming pools and our natatoriums, is essential.

And the City Council’s efforts in supporting our Office of Cultural Affairs, because the arts are intertwined with nearly every major city issue, including public safety, infrastructure, budgets, housing, education, environment and the demographics. The arts are revitalizing … vibrant communities as you can see in the beautiful artwork we have throughout the city of Atlanta. Our arts sector in Atlanta impacts our city’s economy, as well, larger than some of the industries here. … Our City Council has recognized for many years the economic value, the impact of our arts community. I know this first hand since I worked in the city of Atlanta with the Department of Parks, Recreation and Cultural Affairs. I drafted, developed and processed numerous piece of legislation in the form of ordinances and resolutions that the City Council had to adopt, in support of the arts.

Q: Again looking at Council over the last four to eight years, what is something they have either gotten wrong or failed to do?

A: I’m not going to comment on that particular question.

A: I am the only candidate in this race that has actually worked at the city of Atlanta as an employee for three decades. I worked for six administrations and I have the unprecedented historic accomplishment of serving under all five of the black city of Atlanta mayors, starting with Maynard Jackson; then Andrew Young; William Campbell; Shirley Franklin, the first female mayor of Atlanta; and Kasim Reed. And I served under nine commissioners from 1979 to 2011 before I retired. I worked as a departmental contracting officer and the legislative liaison to the Atlanta City Council and the state of Georgia Legislature, writing 98 percent of all legislative papers for adoption, by the city county and approval by the mayor, while working with the city of Atlanta’s Department of Parks, Recreation and Cultural Affairs’ commissioner’s office, Management Services Division. I worked there from 1985 to 2011. I worked in the mayor’s office of contract compliance as a contract compliance specialist, while demanding equal opportunities for the businesses to partake of the economic pie. I was instrumental in implementing the city of Atlanta’s minority business enterprise program, which was held as the best in the country under the late Maynard Jackson. This particular program did enable numerous minority businesses to participate in public contracting and it was a first for many of these firms.

I’ve worked with Economic Opportunity Atlanta as a social services counselor. I’ve been in the public sector for over 38 years. I worked in the state of West Virginia’s Human Rights Commission, the state of Ohio Department of Transportation, in equal employment opportunities.

I have lived in District 11 of southwest Atlanta for the past 37 years, since 1980. I have served for the past 27 years as the neighborhood planning unit T designated street captain. In 2015, I received the city of Atlanta Planning Advisory Board’s Neighborhoods Matter Award, being nominated by my NPU-P. I serve as the Greenbriar Mall ambassador, I’m a member of the Clark Atlanta University Alumni Association, the West Virginia State College Alumni Association. I’m a 35-year member of Cascade United Methodist Church, I’m very proud of that, where I serve on five different ministries where we have our community, which is in District 11, southwest Atlanta.

… I received the West Virginia State University Distinguished Alumni Award for Governmental Leadership, when I worked at the city of Atlanta. In 2008, I was the first Outstanding Paralegal Award recipient from the Gate City Bar Association, which is the oldest black bar association in the state of Georgia. I received the Prestigious Torch award from my sorority, Delta Sigma Theta Sorority, Inc….

My education: I hold a Master of Arts degree from Clark Atlanta University in criminal justice administration. I have a Bachelor of Science degree from West Virginia State College in social work. I received certification from the National Center for Paralegal Training, an American Bar Association-approved law program. I’m single, no children, I’m retired and will focus100 percent of my efforts on serving the constituents in District 11.

I’m ready, willing and capable to go back to City Hall and represent the constituents in District 11 as the City Council person who can go right to work, day one, after the inauguration, without having to be trained on the city of Atlanta legislative or executive process. So I’m that agent for change and I just want voters to elect a leader with the know-how and will to get things done. I ask for their votes and their prayers.

Correction: This story has been corrected to indicate the correct NPU. Harris’ NPU is P, not T.