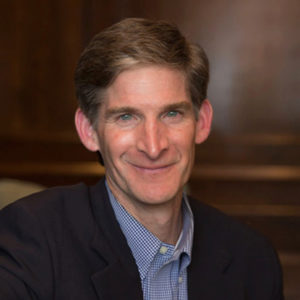 Q: What’s your No. 1 concern for District 8 specifically — as opposed to the city as a whole?

Q: So what could you as a Council member do about that, what are your proposals?

A: I want to be sure that we have the right number of officers with the right tools in the right place.

If I think about the right tools, I think about making sure our officers have the latest tools and technology. For example, the cameras and license plate readers that [outgoing incumbent City Councilwoman] Yolanda Adrean and the Atlanta Police Foundation have initiated is something I fully support and look to build on.

And then the last one, in the right place. I will ask the police chief to study where our officers should be located in the various zones and what the configuration of those zones should be. I want to be sure the resources in our district appropriately reflect not only the number of residents, but also the influx of people coming to work in Buckhead and the people coming to shop and eat. There’s a lot of people that come into the district that don’t necessarily live here. We need to be sure we have the right resources in the area given the specifics of what is going on here.

Q: Turning to Council, what’s an uncomfortable truth that the next Council will need to face?

A: We’re going to have a new mayor, new commissioners, and likely half of the Council is going to be new. So the uncomfortable truth is there are going to be a lot of people who have not been in their position before and we are going to have both an opportunity for a fresh start as well as some risk that we’re losing a lot of institutional knowledge.[iframe width=”350″ height=”400″ scrolling=”no” frameborder=”no” align = “right” src=”https://fusiontables.google.com/embedviz?q=select+col10+from+1U7ywcKXakCzdfyR3_pLUFQtUABEh53gqrEWK_PuR&viz=MAP&h=false&lat=33.840689548698535&lng=-84.42218054199218&t=1&z=12&l=col10&y=2&tmplt=2&hml=KML”]

Q: And on Council again, looking back at the last four to eight years, what is something that the City Council has really gotten right? Something you look at and really applaud?

A: The financial health of the city is terrific. I applaud the City Council, the mayor and the mayor’s administration for taking some really tough steps to put us in a great financial position.

Q: And again, in the last four to eight years, what’s something the City Council has either gotten wrong or failed to do?

A: One of the areas I think there’s still work to be done in is the processes the city has for permitting and procurement. We need to make sure these processes are as efficient, frictionless and transparent as possible.

Q: Overall, bottom line, why should people vote for you? What’s your pitch to the voters?

A: Number one is I’ve got a lot of experience bringing the city and the business community together to get things done for District 8.

For example, when I was with the Chastain Park Conservancy, we had a capital campaign that received $1.3 million in city money. We leveraged that to get $3.7 million in contributions from neighbors, businesses, and the nonprofit community for a $5 million capital campaign to put in a world-class playground and widen the path. So No. 1, I have a proven track record in getting things done in District 8.

And second, I have experience that really matters on Council. I’m the CFO of a tech-fitness company and have lots of financial experience with financial statements, managing budgets, and making sure we get a return on our investments. In addition, I have 25 years of human resource experience in compensation and benefits. It would serve Council to have that perspective given that two-thirds of the general budget is comprised of expenses relating to employees.

I’m proud to say I’ve been endorsed by International Brotherhood of Police Officers Local 623, the police officers’ union, which shows that they recognize my committement to pubic safety.