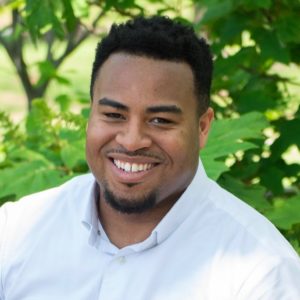 Nick Mulkey, a Downtown resident, is a former staffer at the city’s economic development agency. Atlanta City Council would be his first elected office.

A: Specifically for my district, it would have to be housing and commercial affordability particularly when we’re talking about Midtown, Downtown, the densest parts of the city. It is important that we ensure that individuals across the income spectrum are able to afford a place in these dense parts because they have the transit infrastructure, because the jobs are concentrated in these areas. When you’re able to put low-income and medium-income individuals in this area, they have direct access to the jobs that they need to provide for their families.

Q: So what could you as a City Council member do about that?

A: Affordable housing, first off, I support an inclusionary zoning policy that does not have a buy-out clause [by which a developer could pay a fee to bypass affordable housing requirements.] That’s No. 1. No. 2, I believe that we have to explore other construction methods that are being used in other parts of the world, such as modular construction, that allow for developers to produce products at half the cost, which allows them to charge less rent but still retain the same profit margins. I’m a strong believer in exploring how we can support that type of development and bring that type of development here. Nations such as China, Japan and the U.K. have been working with that model for quite some time and I think if we can bring that here, we can really significantly boost the amount of affordable units we’re producing right now.

Q: What is an uncomfortable truth that the next Council has to face?

Q: Looking at the last four to eight years, what’s something this Council has gotten really right?

A: The Council has gotten big projects right these last four to eight years. Definitely as far as being able to produce large projects that have made an impact on the city; some in good ways, some in not so good ways. But definitely those megaprojects … we have to face it, that sometimes were needed. In a lot of cases these megaprojects, they have become the anchor for … and spurred residual development around them. And Atlanta still has a lot of room to grow, so a lot of these megaprojects were needed were needed to kind of continue to fill the city out.

…CODA at Tech Square … and a couple of other projects, they’ve kind of served as a significant anchor for residual development … Ponce City Market, stuff like that.

Q: Over the last four to eight years, what’s something this Council has gotten wrong or failed to do?[googlemaps https://www.google.com/maps/d/embed?mid=1WBF8PcifY_bQrXNwlSxOTC4kKwU&w=400&h=480 align=”right”]

A: … I think it’s something that cities around the country are failing to do. This idea of social mobility planning. Over the last couple of years, we’ve seen income inequality, we’ve seen, as a city, we have probably the worst income inequality in the country and we have this idea that you can be prosperous. But how? How do we get someone from, let’s say homelessness or a low-income situation to higher productive to wealth generation? And how do we create the infrastructure and build the actual infrastructure and the pipeline to get someone through that process? No one knows. It’s my personal belief that if the city doesn’t … have a game plan for how you can get out of these situations, how do we expect our residents to have a game plan? Particularly when they’re dealing with certain struggles. Ideally, just really linking up the resources and providing a road map for someone to say, ‘Hey this is where you go for step one, this is how you get to step two, this is how you get to step three, and by the way you know we have a trade school or a certain program that’s going to get you to the next level so you can get out of poverty and homelessness.’

A: People should vote for me because my vision for the city is one that allows for all to participate. My vision for this city is that Atlanta becomes a true beacon of prosperity, a true place where the artist, the creatives, anyone, the scholar, the tradesman, has an equal shot and opportunity. My vision for the city is one in which the city is truly an … example of an environmental city, a city that perfectly fuses the built environment and the natural environment in a beautiful way. And at least with its heart, a city that is compassionate, is a leader in social justice, is a leader in civil rights again, as far as being the thought center for that. Really, just having that vision, having innovative ideas to get us to that point and bring in that perspective of someone who’s worked in economic development to the Council.