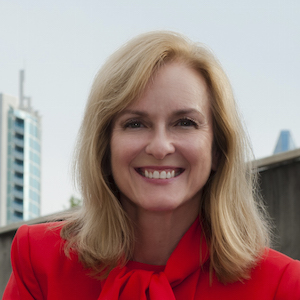 A: For our district, it is development … development that impedes quality of life and first responders’ response time. These seem to be tough things with infrastructure. Basic infrastructure is our issue here as it needs to be updated.

Q: What could you as a Council member do about that, what are your policy plans?

A: In terms of just making sure that there are set projects, reaching out to the neighborhoods and asking what they feel are their concerns as to where infrastructure is lacking. And putting this listed out on a web site with the city of Atlanta so that just because you’re not getting your new street next week, you know that someone’s already addressed it and it will happen in two or three years.

Q: Turning to Council, what is an uncomfortable truth that the next Council will need to face?

A: Better ways to be transparent and opening the books, so to speak, and making it easy to find. I think it could be there, it’s just hard to find for the average citizen, and it shouldn’t be that hard to see where money is spent and what projects are happening. You drive down the street, then next thing you know, there’s a crane and a backhoe and you’re like, “Wait where did that come from?” It may have been on the books for 10 years but you’ve moved in and now it’s just now happening.

Q: Looking at Council over the last four to eight years, what is something this Council has gotten right?

A: They’ve recognized that the traffic is awful and we have to do better to help with alternative transportation. It’s still a holdout in terms of the public, we’re not using it as much as we could. But there’s a recognition that that’s a major issue. It’s just about the only thing everybody talks about, in terms of the quality of life.

A: It just seems that the development — where could they push to help with these infrastructure issues? When a development comes in, have they been asked by the Council or City Hall where we want to put a new school that addresses this X amount of new units, to help facilitate that? While they’re not the public school system, those questions need to be asked: where’s this new traffic going to go? It can’t all go to Peachtree. What’s the stress on the system?[iframe width=”400″ height=”300″ scrolling=”no” frameborder=”no” align=”right” src=”https://fusiontables.google.com/embedviz?q=select+col10+from+11kBvr2p8KWMWJ6NBrY22MVt1USfl_DTIZ4-NRGId&viz=MAP&h=false&lat=33.84924392559662&lng=-84.36295736694335&t=1&z=12&l=col10&y=2&tmplt=2&hml=KML”]

A: I believe that Buckhead, I’m in tune more with what’s going on. I live in the core. It’s grown a great deal. I wouldn’t even say in the last 20 years, just even the last seven years that I’ve been a resident here. I don’t feel like the status quo is acceptable. We’ve got an opportunity at this point to have a lot of fresh eyes on things and review what’s there, what’s working, what’s not; and reaching out to our neighborhoods and engaging the community more in that process.