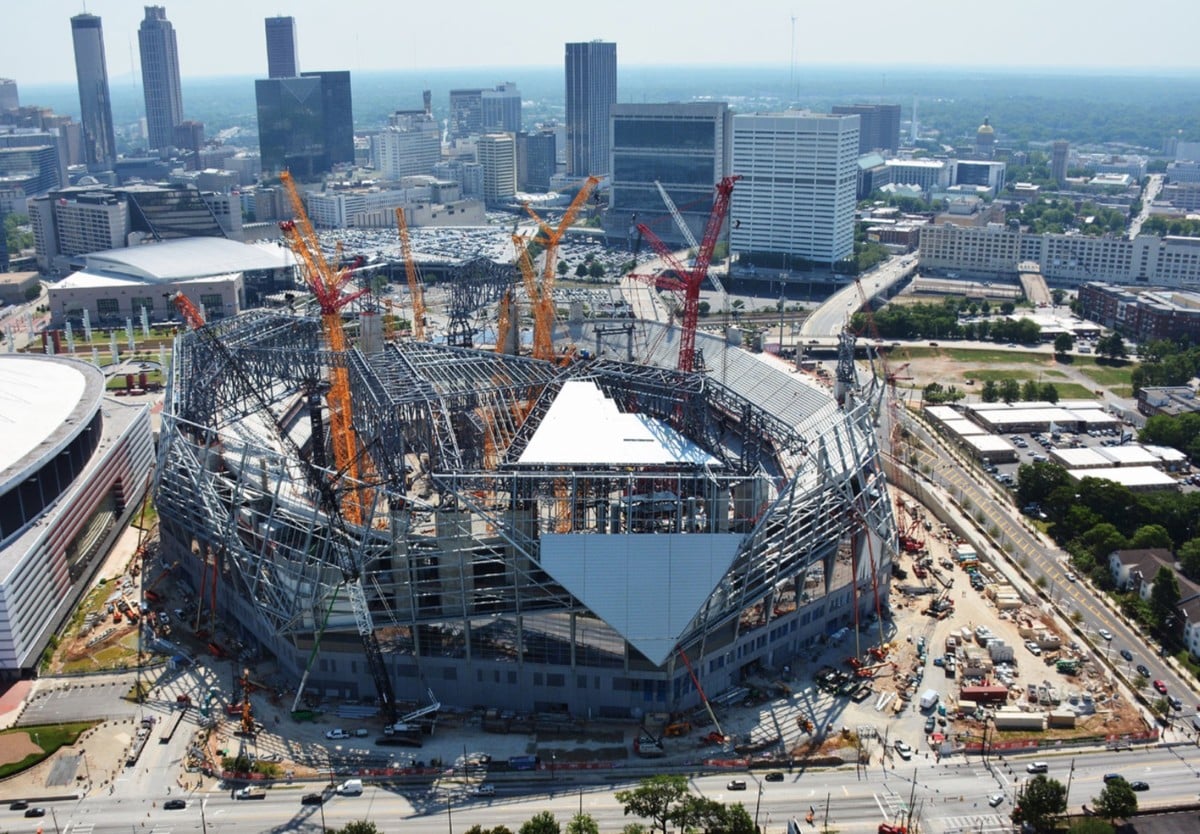 Atlanta Mayor Kasim Reed’s legacy in restructuring public assets could well turn on whether voters back his plan for Atlanta to finance MARTA’s expansion inside the city limits. 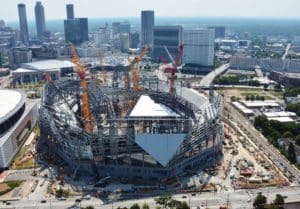 If voters support the proposed hike in the MARTA sales tax rate and a new sales tax for transportation , Reed will be on track to preside over more than $4.7 billion in pubic infrastructure transactions.

If voters reject rate hikes, Reed’s legacy would be north of $2 billion.

Both numbers are significant. Especially for a mayor whose first year in office began at the tail end of a recession so severe that Atlanta City Hall was closed a day a week, and employees furloughed, to cut costs.

These numbers represent a back-of-the-envelope calculation. Nonetheless, they do provide a glimpse into future comparisons of Reed’s tenure to that of his predecessor, Shirley Franklin. Franklin was dubbed the “infrastructure mayor” because the $4 billion upgrade of Atlanta’s water and sewer infrastructure begun under her watch.

Reed himself sets a high value on investment in public facilities as a way to maintain Atlanta’s edge over rivals. Just 18 months into his first term, Reed told the DeKalb County Chamber of Commerce in 2011 that Atlanta’s regional rivals could forget about catching Atlanta if the 2012 regional transportation tax were approved. The mayor wasn’t talking about just mobility improvements. It was the total impact of some $14.5 billion investments in transportation and other public assets: 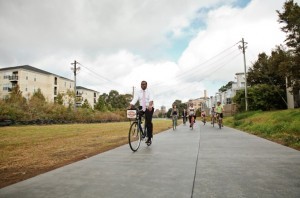 Atlanta Mayor Kasim Reed has kept the city’s focus on developing the Atlanta BeltLine. Reed was among the first to ride along the East Side Trail when it was dedicated. File/Credit: beltline.org

Reed now backs an additional 1 percent sales tax for transportation. The tax would bring the sales tax rate in the city to 9 percent – the highest in the state.

Half the additional tax, 0.5 percent, would pay to expand transit in Atlanta by raising a projected $2.5 billion. The tax would last until 2057, or longer if voters in the meantime extend the existing 1 percent sales tax for MARTA.

The remaining 0.5 percent sales tax increase would pay for non-transit transportation improvements, such as roads, sidewalks, bicycle lanes and the like. This tax would last 5 years and raise up to a projected $300 million. 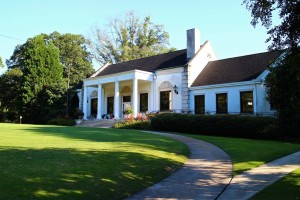 Atlanta Mayor Kasim Reed led the effort to swap the Bobby Jones Golf Course to the state for a parking deck the city needed to close the sale of Underground Atlanta. File/Credit: Halston Pitman

Atlanta likely would ask the federal government to provide additional money to expand transit in Atlanta. But it’s not guaranteed, certainly not in an era when Congress has two House Resolutions that would defund mass transit – HR 1551 and HR 1461.

Here are the infrastructure projects that went into the back-of-the-envelop calculation:

Previous Article
“High outside” by Kelly Jordan #6
Next Article
From ballpark to Ponce City Market, this magnolia has survived a century in the city