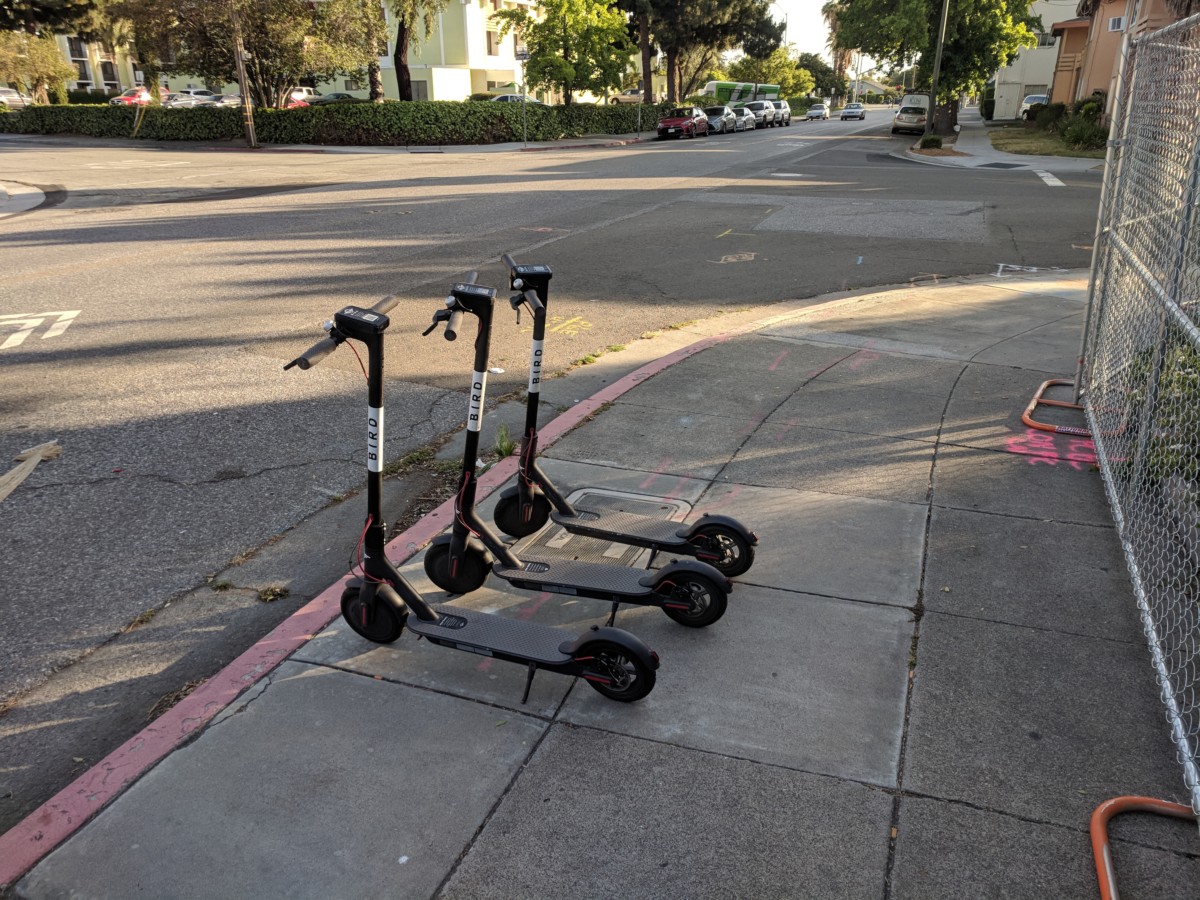 The shareable electric scooters that a California company dropped on Atlanta last month could be part of fixing the city’s mobility problem. But with Bird’s arrival, Atlanta’s also facing a fleet of small vehicles that some other cities have claimed are a  dangerous and sidewalk-blocking nuisance. 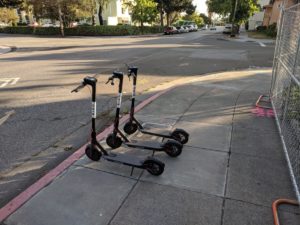 A nest of birds in San Jose, California. Photo by Grendelkhan/Wikimedia

And now the city and Atlanta City Council are trying to figure out how to update laws not just for Birds, but all kinds of small conveyances that are appearing.

First, what’s grabbed headlines lately: the Birds. They’re scooters that users stand on and can power up by paying via a smartphone app. You use the app to find a nearby scooter, take your ride, then park it at your destination, where another person can pick it up. It’s a “dockless” vehicle — riders don’t have to lock them in a specific place when they’re done.

Birds top out at 15 miles an hour, can go about 15 miles on a charge and are meant to be ridden in bike lanes and on the street, according to the company. They can’t be ridden at night, as they’re collected for recharging.

However, when Birds and similar scooters unexpectedly landed in places like San Francisco and Nashville, those cities gave them the finger, as it were, via cease-and-desist letters. The cities wanted the scooters off their sidewalks and other public spaces where motorized vehicles aren’t allowed. Angry cities also report that parked scooters are found blocking sidewalks, doorways, curb cuts and other public rights-of-way.

“Bird provides tremendous benefits to cities by helping people get where they need to go while getting cars off the road to reduce traffic and carbon emissions,” wrote company spokesman Kenneth Baer in an e-mail, when asked about the cease-and-desist orders.

“We understand this is a new mode of transportation and that’s why we’re committed to working closely with cities,” he wrote.

But asked if they talked to the city of Atlanta before the rollout, Baer wrote: “We have been having conversations with Atlanta officials since the day we launched.”

One place the scooters are popular is the BeltLine.

And yes, motorized vehicles are prohibited from the BeltLine, said Twanna Harris, vice president of brand, content and strategic initiatives at Atlanta BeltLine, Inc. But she she said she includes a huge disclaimer with that statement.

“We are revisiting our policy as technology evolves,” said Harris.

There’s a growing variety of powered vehicles cruising the trail, like bikes, scooters and skateboards, Harris said, as well as semi-powered ones, like bicycles with electric assist.

She said safety is the No. 1 priority for the BeltLine.

Figuring out how to regulate this new variety of vehicles is going to be an issue for the whole city, not just the BeltLine, of course. Harris said they’re watching what Atlanta City Council will do.

And Council is thinking, as is the city’s legal department.

“I think all these new mobility modes are pretty exciting … We just have to find the right guardrails to put in place,” said Councilman Amir Farokhi, at a meeting of Council’s Transportation Committee on Wednesday. On the agenda were on a pair of draft ordinances that speak to the regulation of various newfangled mobility devices, including possibly allowing them in places like parks.

“Electric bikes do speak so much to equity, in that regardless of your age, your girth, whatever, you can enjoy an electric bike,” said Councilwoman Natalyn Archibong.

Councilman Andre Dickens is paying attention to geography when he looks at shared-mobility device companies.

“I would encourage them to not every night end up taking them up and putting them right back in high-income areas. We would like to have access throughout the city,” Dickens said.

Farokhi said he’d like to see a discount for low-income folks. Atlanta’s Relay bike share, for example, already does that.

But the committee hit pause on both pieces of legislation. A representative of the city’s Law Department said they are working on setting up meetings with vendors and asked for that pause.

San Francisco eventually passed regulation to allow the scooters to be parked on a sidewalk, with a permit, among other rules. After Austin was bombarded with electric scooters and other dockless vehicles, its city council too voted to set up a permit regime and eventually require the scooters be locked to something when parked.