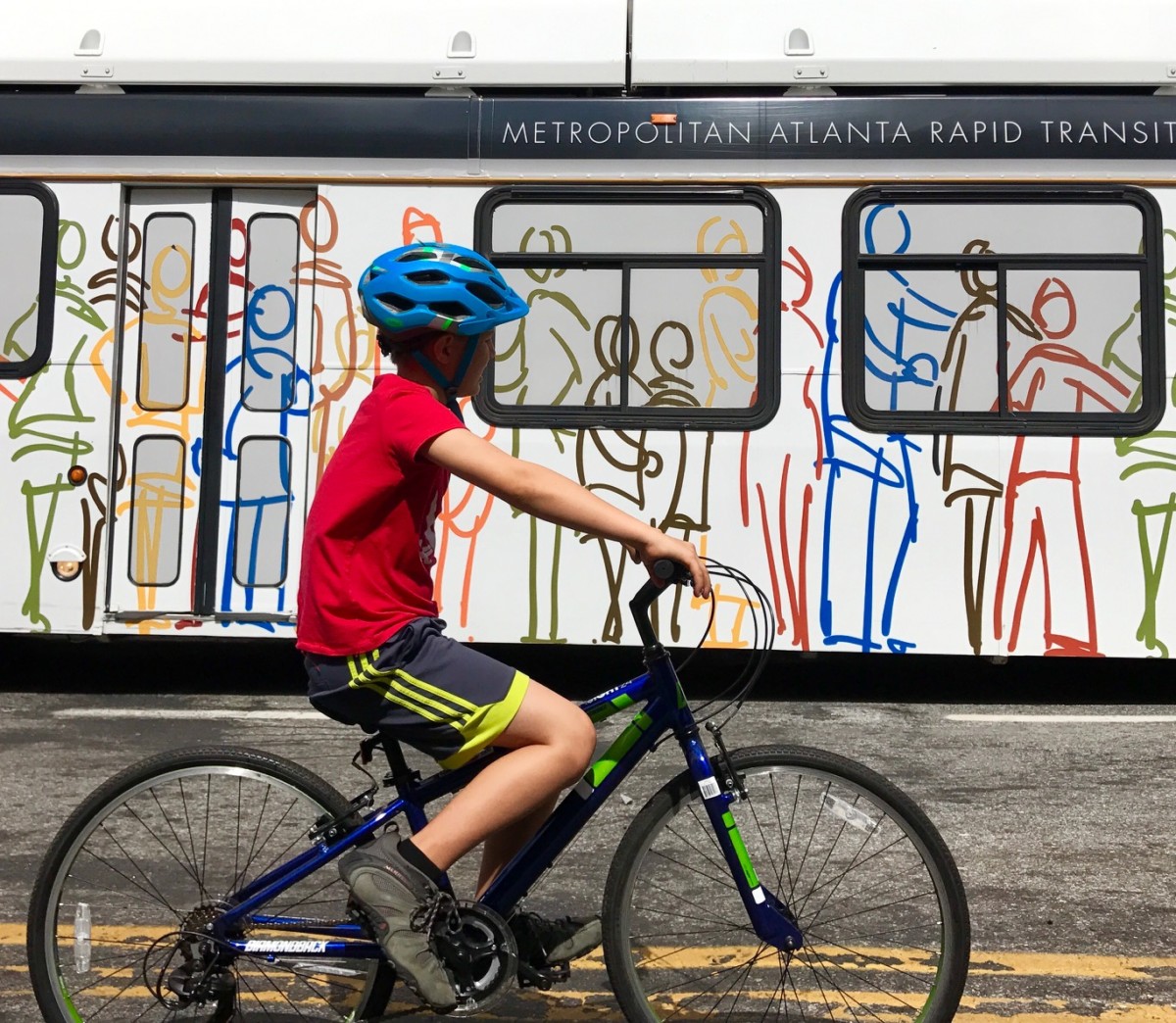 "Complete streets" are those that have safe spaces for cyclists, people walking, people driving and those catching the bus . Photo by Kelly Jordan

Atlanta City Council approved a transportation plan that involves a “re-alignment” of the city away from cars. But as it passed Council, plenty of advocates came out to ask Council to step up action on previous plans to fix up the city for pedestrians, cyclists and public transit customers.

The 60 pages of “Atlanta’s Transportation Plan” are a sort of 40,000-foot view of how the city proposes to implement a transportation network that’s meant to provide all Atlantas with efficient, safe and equitable mobility options. (More details on it here.) 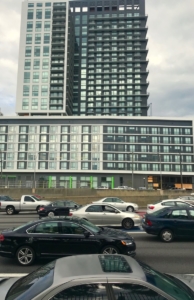 “This plan is based on the premise that in order to accommodate the kind of growth that [the] City Design [Project] projects, which is about 1.3 million people over the coming decades, that we will have to reduce Atlanta’s dependence on automobiles,” said Janide Sidifall, director of the office of mobility planning at the department of city planning, presenting the plan to a city council committee last month.

Planners want to reduce the “driving alone” percentage of trips from 54 to about 35 percent or less.

The way to do that isn’t just getting people out of cars, but it’s “culturally re-aligning everything that we do in order to encourage people to use other modes of transportation,” Sidfall said.

So that’s channeling people into transit, walking and biking; and also setting policies that cut down on demand for road space, like getting people carpooling, vanpooling or working flex hours and commuting at off-peak times.

The report also says  the city could maximize efficiency with “incentives to travel differently,” then it mentions “cordon pricing.” That means tolls to drive into certain sections of a city.

The ATP is an “excellent plan,” said Sally Flocks, executive director of PEDS, a nonprofit that works on making Georgia’s streets and communities safe, inviting and accessible for folks on foot.

But she asked City Council’s Transportation Committee last week to set up some detailed performance measures and an annual report card for the plan.

The city has pushed bikes and pedestrians to the side in its prioritization of works on places like Metropolitan Parkway and Howell Mill Road, in favor of things that benefit drivers, she said.

“I want that report card: how are we spending our money, how much are we actually building?” she said, just before the committee approved the plan. 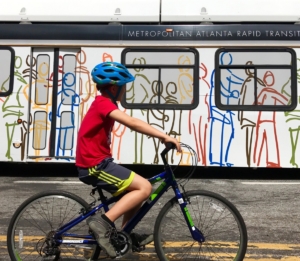 “Complete streets” are those that have safe spaces for cyclists, people walking, people driving and those catching the bus. Photo by Kelly Jordan

The plan got its full City Council vote on Monday.

And that’s where several advocacy groups and individuals showed up to ask for something in the spirit of the ATP. That’s so-called “complete streets:” corridors that have safe, accessible space for folks who drive, ride a bike, walk, use a wheelchair or use public transit.

“I’m here on behalf of AARP to advocate in support of complete streets … and the transportation plan,” Kay Sibetta told Council.

Eunice Glover said she lives near Cascade Road and noted that that road is on a report that tags hot spots for transportation-related injuries and crashes. She called on the city to refurbish and complete its Age-Friendly Atlanta Action Plan 2014-2016, which recommended many things for the whole city, including improvements for pedestrians and wheelchair users.

“Age-friendly is also child-friendly and family-friendly,” she said.

Andrea and John Morgan showed up with their toddler in arms to remind Council that a lot of people want works on DeKalb Avenue that would include getting rid of the reversible turn lane, aka, suicide lane. They live in a townhouse on DeKalb and showed up with photos of a car that had crashed into a neighbor’s porch. 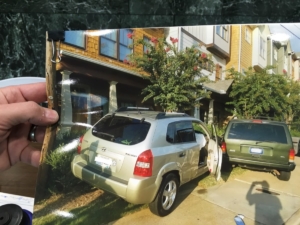 John Morgan came to Atlanta City Council to ask for improvements to DeKalb Avenue. He carried a picture of a car that crashed into his neighbor’s porch on DeKalb. Credit: Maggie Lee

“It’s dangerous, people fly. We go to the pool about three blocks down. We drive. Because there’s no way we’ll walk with a five-year-old and a ten-month-old three blocks down DeKalb Avenue when people are going as fast as they’re going,” said John Morgan.

Those DeKalb Avenue works, along with many others across the city, were part of a pair of special spending programs that are about $410 million short of cash to do promised projects; and residents may see promised work put off or left undone.

But Atlanta’s still far, far from getting anywhere near 1.3 million people.

Update: Kay Sabetta’s quote in this story has been updated to include the word “safe,” which was accidentally left out of the original version.

Previous Article
‘The Green Book’ – one of the best movies of the year
Next Article
North Carolina dispute puts absentee voting in the spotlight, and a new face on fraud