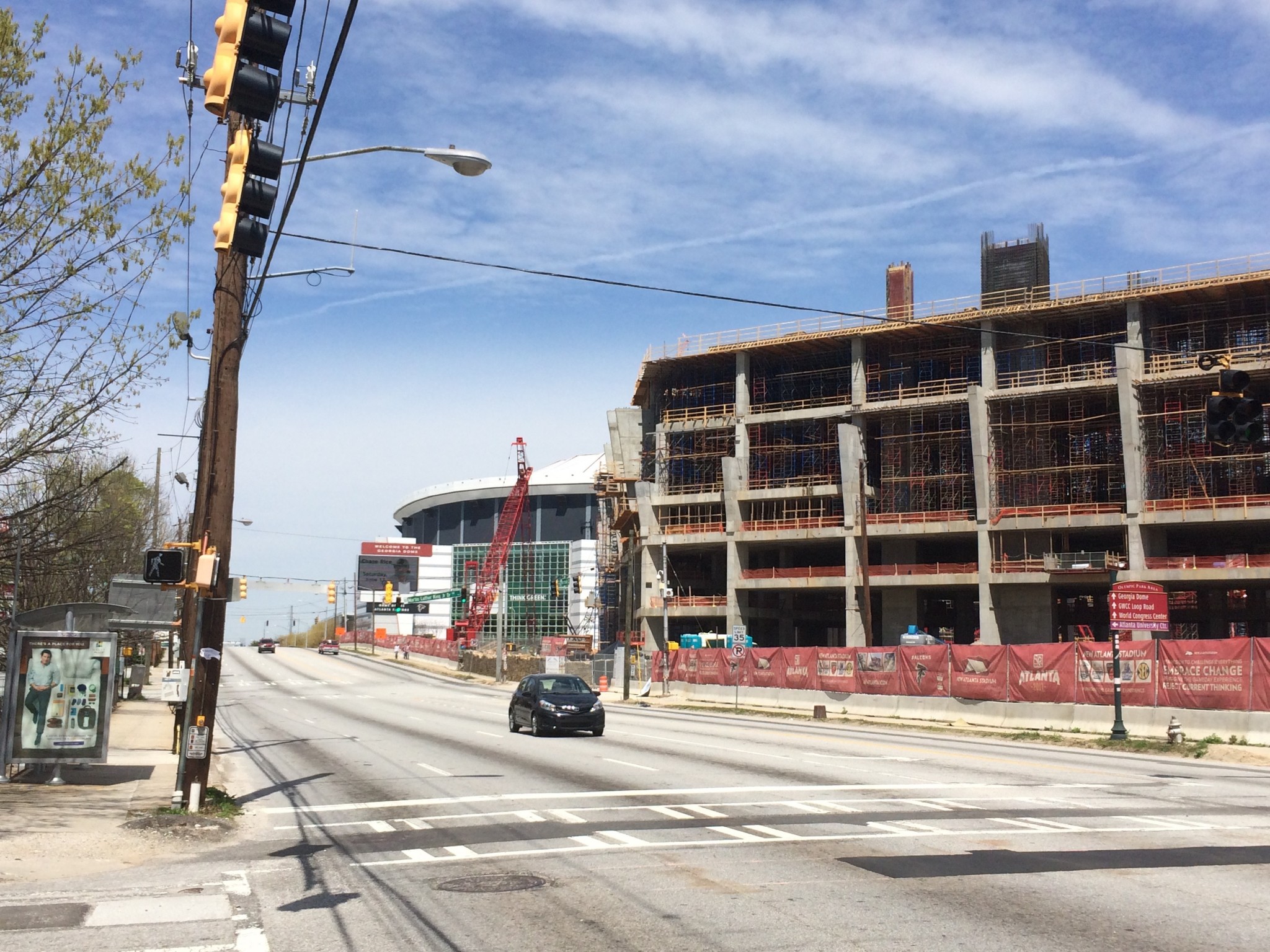 The $227 million bond package Atlanta was slated to sell Tuesday, to help pay for the new Falcons stadium, was rated as investment grade with a stable outlook by Moody’s Investors Service. 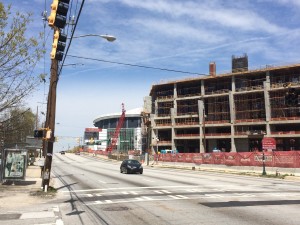 Moody’s attributed the credit rating to the stability of the city’s hotel/motel tax. The tax is paid largely by Atlanta’s strong convention industry.

The bonds are issued through the Atlanta Development Authority, the city’s development arm that does business under the name, Invest Atlanta.

According to a ratings action Moody’s released April 16, the rating reflects:

The bonds are secured by 39.3 percent of the first 7 percent of the 8 percent tax on hotel and motel stays within the city of Atlanta, according to the ratings action.

The bond package includes three separate bond issues. Two issuances will help pay for the stadium’s construction. The third issuance will create a reserve fund that can be tapped to make payments to bond holders if there’s a lag in collection of the hotel/motel tax. 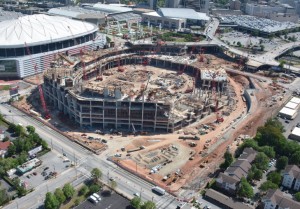 Construction cranes inside and around the stadium facilitate the pouring of concrete. Credit: newstadium.atlantafalcons.com

Here’s how the package breaks down:

Incidentally, Moody’s has assigned an Aa2 rating to Atlanta (third from the top), and Aaa to Georgia (the highest rating Moody’s assigns).

In assigning a stable outlook to the bonds, Moody’s observed the outlook reflects, “the likelihood that hotel tax revenues will continue to provide sound debt service coverage given the city’s position as a regional economic center and tourist destination.” 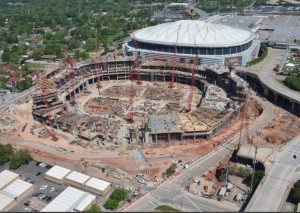 Concrete is being poured on the west side of the Falcons stadium. Credit: newstadium.atlantafalcons.com

Meanwhile, the Falcons expect to close this week on an $850 million construction loan. This sum is to be reduced during the next several years with proceeds sponsorships, sale of suites, and other revenue streams.

Equifax became the Falcons first founding partner last week. The price wasn’t disclosed on the stadium’s website. In exchange for the sum, Equifax is to receive a “branded zone” that will reach each of the three main concourses inside the stadium and the following: “joint promotions, branded radio segments, prominent signage at the new stadium, on-field contests, digital programming and other advertising related to the company’s credit monitoring and identity protection products.”