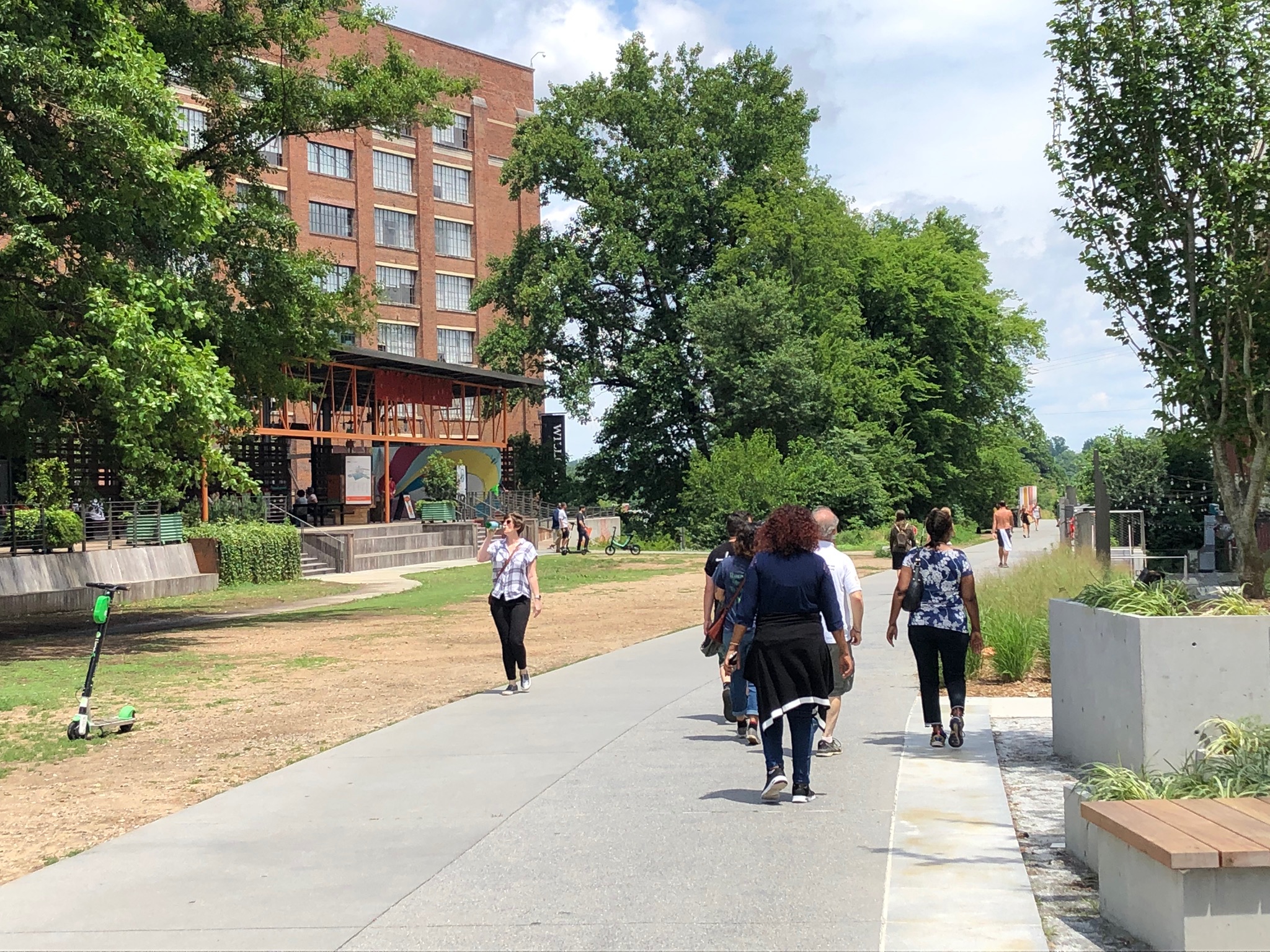 Walkers on a finished segment of the BeltLine. Credit: Kevin Posey

The BeltLine is working on buying 31.2 acres of landless than a half-mile from the Bankhead MARTA station. The agency is tight-lipped about plans for now.

“We are not able to comment on pending real estate transactions,” wrote BeltLine spokesperson Jenny Odom via text. “However we continue to aggressively pursue sites for affordable housing and economic development opportunities in all quadrants of the city.”

She also could not comment on when the transaction might be finished, and thus when more information would be published.

The pending transaction became semi-public Thursday, when the board of Invest Atlanta, the city’s development authority, gave its required blessing to any such purchase.

The address in IA’s sole public document, 425 Chappell Road, maps in tax records to one building in a now-demolished apartment complex between Joseph E. Boone Boulevard and North Avenue. No one parcel in the area is 31.2 acres, so it’s unclear what the actual assemblage might be.

Last year, the BeltLine bought 8.8 acres of land in Oakland City, site of a mostly vacant former state office near the trail.

Clyde Higgs, BeltLine CEO since early 2019, has said plenty of times that buying land has to be part of the BeltLine’s strategy so that it can support deep, permanent affordability, jobs and workforce development along the trail.

Some neighbors have already been worried for years about getting priced out of the area, even before Microsoft was involved, back when another developer was assembling land there along the creek and Bankhead station. The worry and criticism has only gotten more acute since Microsoft bought the roughly 90 acres in Grove Park this year.

The BeltLine too is both an amenity and an engine for gentrification.

Previous Article
$12 billion in loans soon to be available in disadvantaged areas hit by COVID-19
Next Article
Rallies and protests against vote suppression – Georgia Capitol – March 1, 15 & 17