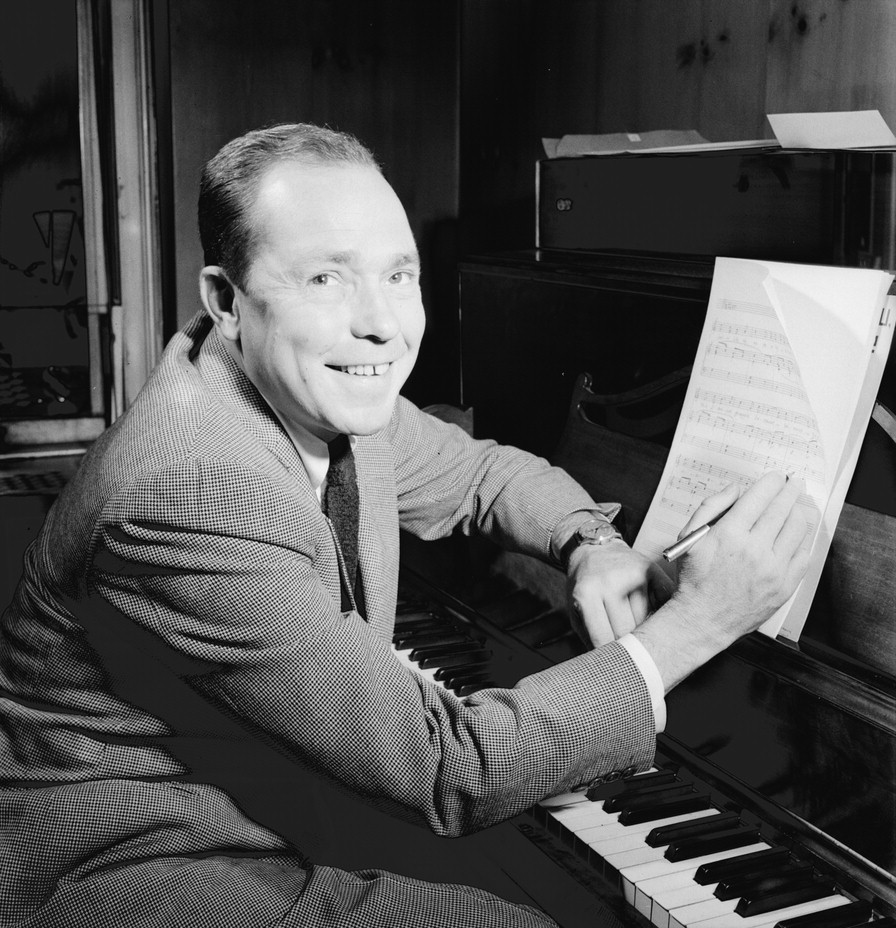 When Michael Feinstein joined the Atlanta Symphony Orchestra in a celebration of Frank Sinatra’s centennial last December, he selected several Johnny Mercer tunes to perform. Ol’ Blue Eyes had a soft spot for the Savannah songwriter. One of his daughters identified Johnny as “Dad’s favorite lyricist.” Frank made hits out of several Mercer standards, such as “One for My Baby (and One More for the Road),” and ended his radio show with “Dream.”

Mercer found inspiration in Frank Sinatra, too. Deep in the files of the Johnny Mercer Collection at Georgia State University is an envelope addressed to “Johnny Mercer, Songwriter, New York, N.Y.” (Imagine addressing such a letter today!) Stuffed inside was a daily calendar page scribbled with the words “I wanna be around to pick up the pieces when somebody breaks your heart.” A grandmother who worked behind a cosmetic counter in Youngstown, Ohio, had penned the lines and sent them to the lyricist with the suggestion, “Dear Johnny, I want you to write a song for me. I felt this is the way Nancy Sinatra feels about [her ex-husband] Frankie boy.”

It was 1957 and Sinatra, whose career had launched in the 1930s, soared in the 1940s, and crashed in 1950 when he abandoned his wife, Nancy Barbato, to marry the Hollywood star Ava Gardner, had just been divorced by the actress. Grandmother Sadie Vimmerstedt thought turnabout was fair play.

Miraculously, the letter reached Mercer, who composed both words and music, with the resulting song, “I Wanna Be Around,” as recorded by Tony Bennett becoming a Billboard hit. The songwriter gave the grandmother half the royalties for suggesting the idea. She became a local celebrity, but after a while she wrote Mercer again: “I’m tired, I’m going to get out of show business!”

On Friday, February 26 at 8 p.m. Georgia State University will hold its biannual Mercer Celebration at the Rialto Center for the Arts with a performance by trumpeter Joe Gransden joined by vocalists Marilyn Maye and Kathleen Bertrand and backed by the Georgia State University Big Band. A crooner who has been compared to “the Chairman of the Board,” as Sinatra was famously known, Gransden staged several of his own Sinatra centennial concerts last December in addition to his regular gigs at the Ritz-Carlton in Buckhead and Lake Oconee, Big Band Nights at Café 290 on Mondays, and elsewhere. Readers might recall the veteran nightclub entertainer and cabaret singer Maye from her appearances on The Tonight Show.  Betrand is a native Atlantan; she is a Spelman graduate and frequent performer at the Atlanta Jazz Festival who boasts a three-octave range. They’ll be accompanied by students in the GSU Jazz Program under the direction of Professor Gordon Vernick, a trumpeter in his own right, playing charts arranged by faculty member and trombonist Wes Funderburk.

With this concert, Georgia State University celebrates native son Johnny Mercer, as well as its own good fortune in housing Mercer’s memorabilia, donated to the university by his widow, Ginger, in June 1981. In the spring of 1982, the university hosted its first concert celebrating the songwriter using a subvention from the Johnny Mercer Foundation, which Ginger Mercer set up to promote education about the Great American Songbook. This unique art form of jazz standards and popular songs from the 1920s to the 1950s, featuring such themes as rambling, home, and love — lost, found and unrequited — remains foundational to American culture, appearing everywhere from the cable series Mad Men to the video game Fallout 4.

Mercer was a key player in the development of the Great American Songbook, and as such his music conveys an unmistakable intimacy with the American psyche. Perhaps no song better expresses the nation’s sense of optimism and belief that everything is possible in America than “Moon River,” which Mercer wrote with composer Henry Mancini. Reflecting on his own roller-coaster career, Sinatra referred to Mercer, saying, “There were so many times I depended on him to write something for me, and he never let me down.”

Indeed, it is impossible not to find among the 1,500 titles in Mercer’s catalogue the right lyric for whatever mood suits one’s fancy, be it uplifting as in “Ac-Cent-Tchu-Ate the Positive,” smitten as in “That Old Black Magic,” passionate as in “Something’s Gotta Give,” nostalgic as in “Summer Wind,” sarcastic as in “Hooray for Hollywood,” pensive as in “Day in, Day Out,” wistful as in “Days of Wine and Roses,” or downright heartbreaking as in “This Time the Dream’s on Me.” No doubt as Joe Gransden, Marilyn Maye, Kathleen Bertrand, and the GSU Big Band appear on the Rialto stage for another Mercer celebration, they will perform several of these standards so that we all can enjoy the remarkable legacy left to us by Georgia’s own Johnny Mercer.

Glenn T. Eskew is the author of Johnny Mercer: Southern Songwriter for the World and a professor of history at Georgia State University.

Previous Article
MARTA may start photographing drivers, car tags as part of parking system upgrade
Next Article
Sleep-walking into the SEC Primary, and beyond