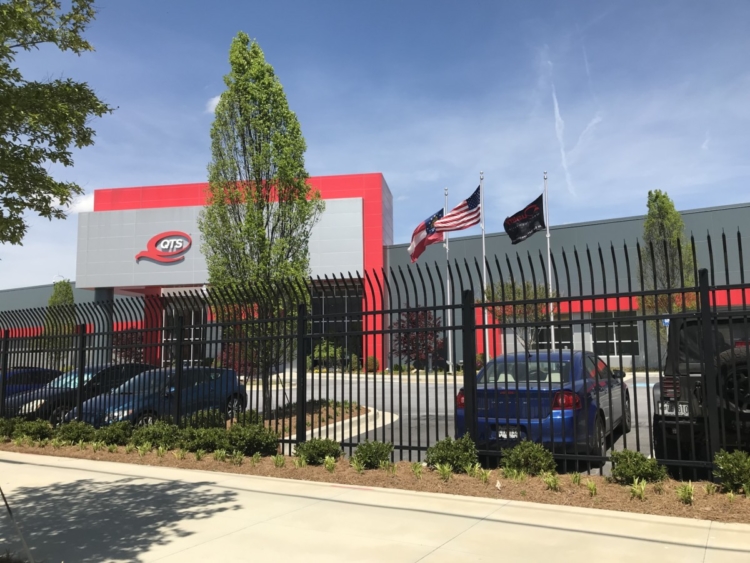 The inventory of space available in metro Atlanta's data centers could triple if all proposals are developed, including the planned expansion of the QTS facility near the Fulton County Jail. File/Credit: David Pendered

Plans are advancing to enable the expansion of a data center in the vicinity of the Atlanta BeltLine near the Bellwood Quarry. The new facility would be larger than allowed under pending restrictions on the size of data centers near the BeltLine, though it’s not immediately clear if this site would be in the restricted area. 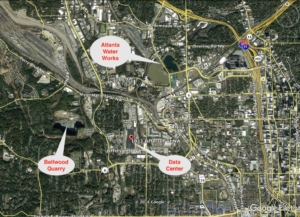 Plans call for the expansion of a data center located in the vicinity of the Atlanta BeltLine and the Bellwood Quarry – site of a future park that’s to be the largest in Atlanta. Credit: Google Earth, David Pendered

Plans call for the construction of a data center measuring 488,999 square feet on a site at 1025 Jefferson Street, according to an application filed with Atlanta’s Planning Department.

This size is larger than the 300,000 square foot maximum size for a new data center near the BeltLine, as described in legislation pending before the Atlanta City Council. The council is slated to vote on the proposal as early as next month.

The closest landmarks to the site of proposed expansion are the longtime home of the Atlanta Community Food Bank and the Fulton County Jail. The BeltLine, Maddox Park and Bellwood Quarry are located to the west. Atlanta’s water works are to the northeast, on Howell Mill Road.

The current property owners, according to the application, are: 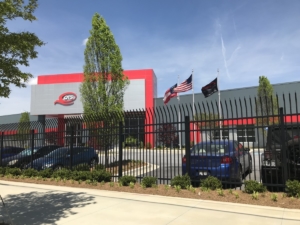 A data center located near the Bellwood Quarry, and the Fulton County Jail, is to be expanded if Atlanta agrees to reduce the number of parking spaces required by a past zoning action. Credit: David Pendered

The pending size restriction is part of legislation that aims to protect the visual experience of the BeltLine from data centers that look like bland bunkers behind fences that sometimes are topped with razor wire. The proposal sets out specific rules on the design of exterior walls, painting and security fencing.

The property at issue is zoned for an industrial use in the BeltLine Overlay district, according to the application filed with the city.

The site on Jefferson Street faces an obstacle that often would be minor. The applicant is seeking a reduction in the number of parking spaces required by the city.

Atlanta’s regulations require the data center to provide a total of 1,630 parking spaces. This is because the city categorizes data centers as office buildings and the parking formula for office buildings requires 1,630 spaces for this facility, according to the application filed with the city. 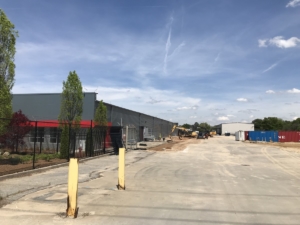 This site, adjacent to an existing data center, is to be developed if Atlanta agrees to reduce the number of parking spaces required in order to allow a structure to be built. Credit: David Pendered

Previous Article
Judge: Westside Atlanta Council runoff to continue between Amos and Brown
Next Article
What are your ideas to improve housing affordability in Atlanta?