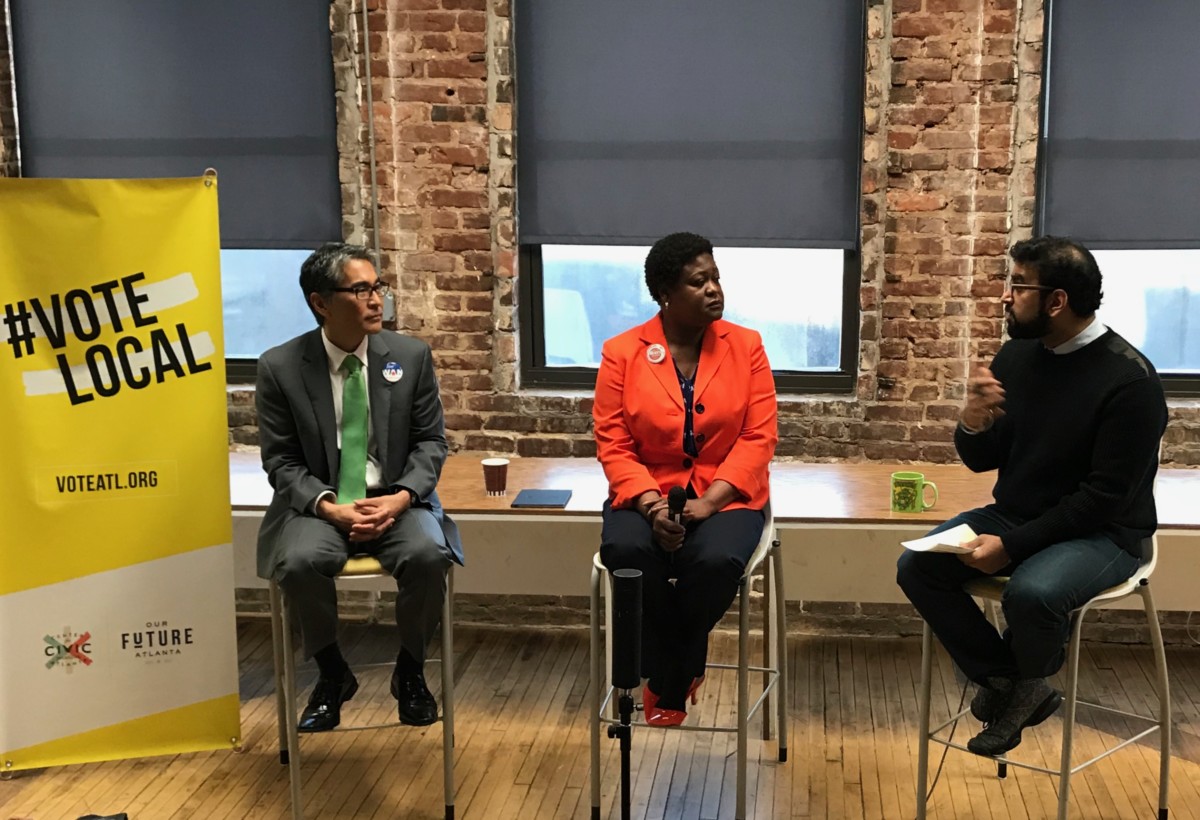 The next president of the Atlanta City Council will seek to create a more independent body that will be dedicated to transparency and reforming the city’s procurement process.

Rohit Malhotra, founder of the Center for Civic Innovation, asked pointed questions to find out what kind of Council president they would be if they are elected on Tuesday, Dec. 5.

“Transparency is key,” said Moore, who has been on Council for two decades. “We need to move to a citizen participatory budget process.”

Wan said his first priority will be contracting reform. “Hopefully with a new mayor, that’s where we start,” he said. 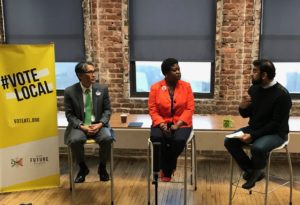 Moore said contracting certainly needs more transparency given evidence of prolific corruption. Assistant U.S. Attorney Jeff Davis said in October that “this year has brought into clear focus that corruption in the City of Atlanta is prolific.”

Moore said transparency is key because when there are “more eyeballs” watching the city’s business dealings, it makes corruption more difficult.

Much of the conversation centered around the leadership style of both Councilmembers – and both spoke respectfully of each other while acknowledging their differences.

“When you do speak up and when you do speak out…, you become a councilmember who does not collaborate and who is not part of the team,” Moore said. “Many of my colleagues will go with the administration. My colleagues like group think. Mr. Wan was one of the more studious members. The only difference is that I’m willing to continue questioning, and he will look the other way.”

Wan said he tried to find other ways to deal with issues.

“I’m not going to saber-rattle the whole time,” Wan said. “If we only have four votes out of 15, I’ll go try something else. If you run into a brick wall 10 times, you find another way. What’s inspiring me to run for City Council President is to use that platform to bring people together. The mayor was able to get his nod squad together.”

Wan said he would try to “coalesce Council as one unit” that’s independent of the mayor. That way Council could be organized and not become a nod-suad for the administration.

“If we are not going to do our job, we are wasting the taxpayers’ money,” she said, adding that it’s gotten worse over time. “I believe you can do both – you can question, you can push policy, but you can also get things done.”

As an example, Moore said Council was able to get a charter amendment to add to the City’s reserves, which now totals at least $175 million reserves, a fact Atlanta Mayor Kasim Reed often touts. “We saved that money,” Moore said.

Malhotra asked both candidates about their thoughts of having the state’s political parties play a role in local elections.

“It’s unhealthy,” Wan said, adding that it’s an issue that needs to be tackled at the state level.

“One of the reasons why I love participating in municipal elections is because they are nonpartisan,” Moore said. “I’m just not a group-think type of person. Partisan politics should not be a factor. I think it’s disgusting we have the level of party politics involved.”

Malhotra then asked which one of the mayoral candidates they preferred – Councilwoman Mary Norwood or Councilmember Keisha Lance Bottoms.

“I’m voting for someone, and I will work with the one who has the most votes,” Moore said.

“I haven’t decided yet,” Wan said.

But Moore made it clear that whoever wins likely will be facing a more independent City Council.

“Whether it’s Ms. Bottoms or Ms. Norwood, we will be responsible.” she said. “We will make sure they’re doing their job. There will be checks and balances. Disagreeing with someone is not a bad thing. When you reach resolution, you get to a better product”

Moore then said she had worked with three mayors.

“I have gotten on all three of their nerves, but I didn’t set out to do that,” Moore said. “I’m not a part of the nod squad. But I hope we will find a way to work together.”

Malhotra then asked them to identify one mistake they had made and to say they’re sorry.

Moore apologized for voting in favor of the Park Atlanta contract, which she called a disaster.

Wan said he wanted to apologize to the LGBT community about his 2013 legislation to limit adult entertainment establishments on Cheshire Bridge Road. 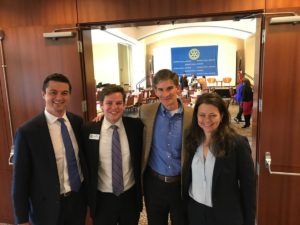 Both candidates said they were looking forward to working with at least seven new city councilmembers.

“I’m hopeful the new people will have watched how Council has not done its job,” Moore said. “I’m looking forward to new energy on Council.”

Wan said: “We have an opportunity to refresh Council.”

Both were asked their thoughts of the 2009 property tax increase, which passed City Council before Wan was elected.

“I would not have voted for the tax increase,” Wan said, adding he would have looked for efficiencies in government.”

But Moore said she was proud to have voted for the tax increase.

“We were in the middle of the Great Recession, and I watched hundreds of employees be furloughed,” she said. “I voted for the tax increase in an election year. We were in dire straits. The Council exercised extraordinary leadership to make sure the next Council (would have the resources).”

Malhotra finished the program by asking each candidate to say what they admire in their opponent.

“ Felicia set a great example on how to speak out,” Wan said.

“Alex is one of the most conscientious members of Council,” Moore said, adding he was one of about five councilmembers who tried to do their job.

Meanwhile, Wan has announced a series of endorsements in the last couple of days including an endorsement from Cathy Woolard, who came in third in the mayoral election. Also, eight members of the current council have endorsed Wan as well as two of the newly elected members.