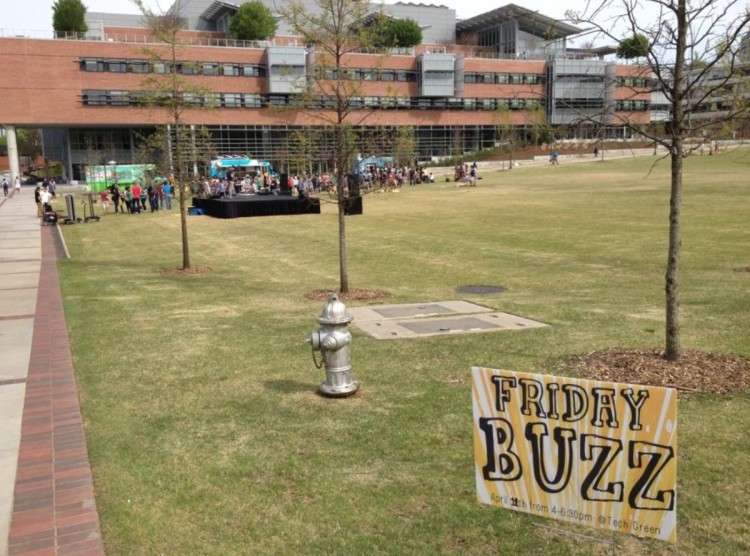 Tech Green is built atop a 1.4 million gallon cistern. Georgia Tech has started a project to improve drainage and irrigation in the area. Credit:

Georgia Tech has started work to improve drainage of Tech Green, a green space built as part of the effort to develop a sustainably designed building – the G. Wayne Clough Undergraduate Learning Commons. 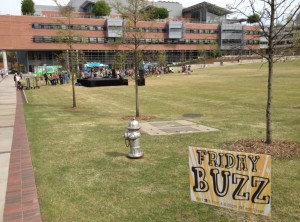 Tech Green is built atop a 1.4 million gallon cistern. Georgia Tech has started a project to improve drainage and irrigation in the area. Credit: Hoki T. via foursquare.com

One unique feature of Clough Commons was the installation of a 1.4 million gallon cistern under Tech Green. The cistern was part of the effort to develop a sustainable building that would set the standard for other college campuses.

Now, Tech is in the process of improving the soil and drainage of Tech Green.

Once the drainage system is improved, Tech Green is expected to recover more quickly after heavy rains, and from heavy use during activities. The irrigation system also is to be upgraded. 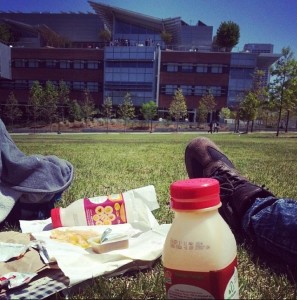 Georgia Tech students will have to find another park to enjoy their lunch, while Tech Green is closed for construction until August. Credit: Jingyi Z. via foursquare.com

Tech Green was closed Monday and will remain closed until August. The construction is to be finished in May. The area will remain off limits during the summer, providing time for newly planted grass to take root.

Another project, just to the north of Tech Green, is to begin in March and be complete by November.

This one involves replacing a large section of steam pipes along Atlantic Drive. The pipes were built in the early 1950s and support the heating and research needs of academic buildings in the area.

Once the pipes are replaced, Tech intends to install landscaping and hardscaping that are to create a more pleasant place to walk. Lighting is to be improved, as well.

Tech’s goal is to create an environment more like the one that leads to the Engineered Biosciences Building.

These plans provide a holistic approach to the sustainable management of storm water runoff and green space. The plan provides for a comprehensive, yet nuanced, retrofit of the Tech campus over time. 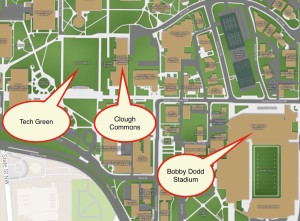 The plans are to result in a series of green spaces that follow the path of streams that now are buried. Rain gardens, bio retention areas and interconnected cisterns, plus the additions of trees, are intended to manage storm water runoff.