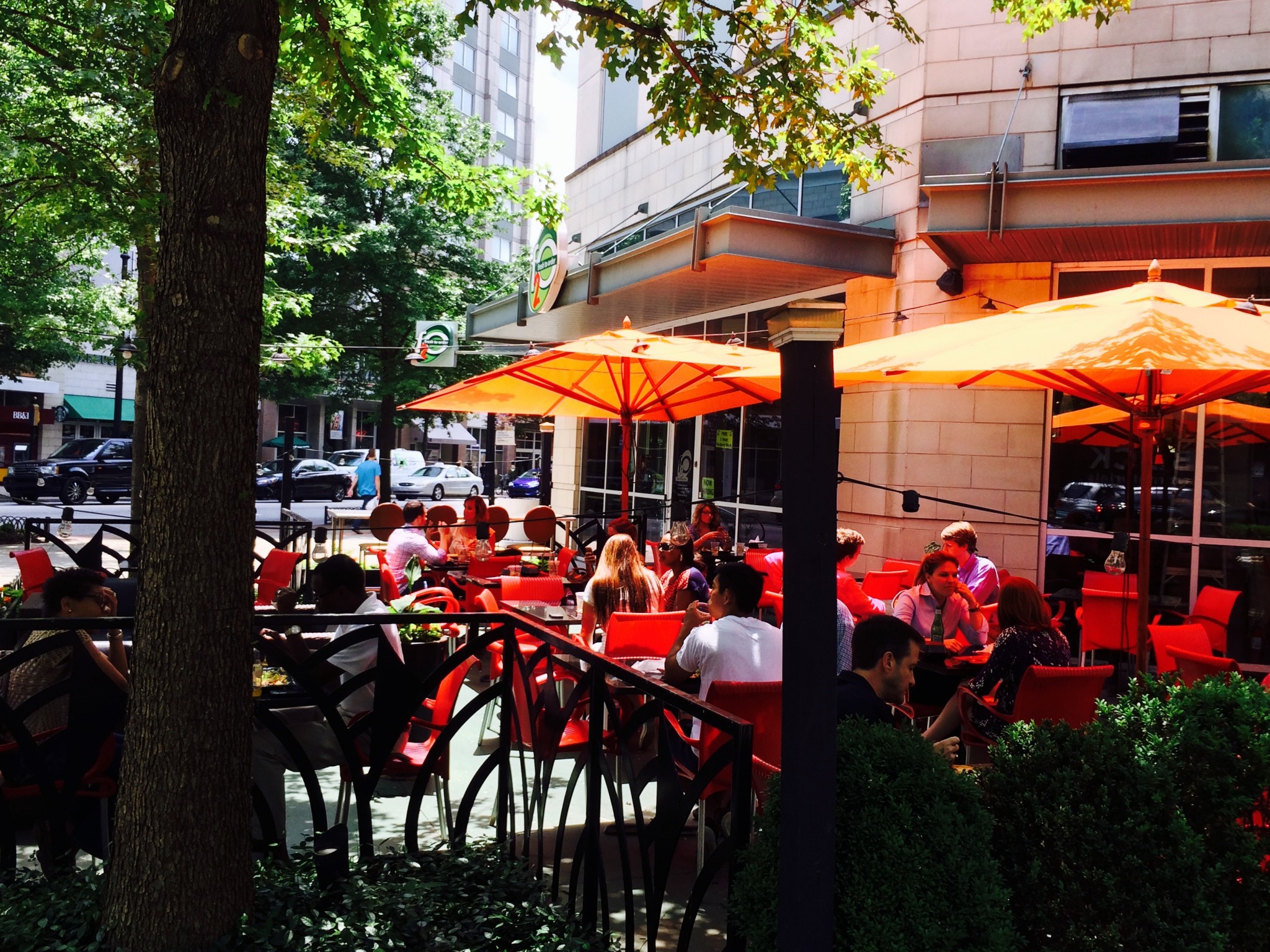 A lunchtime crowd gathers at Fresh to Order, a deli chain that's opened a franchise in Midtown. Credit: David Pendered

For those who don’t want to be, or can’t be, one of the “select few” to own a new condo in Midtown and walk to work and play, GRTA is preparing to change its Xpress bus service in ways intended to improve the commute for current and future riders. 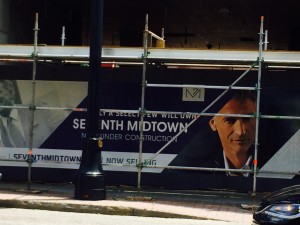 Seventh Midtown, a condo building under construction, is branding itself as home for a “select few.” Credit: David Pendered

The revision of service intends to improve mobility in a region that is adding jobs and homes in both the urban core of Atlanta, and the city’s northern suburbs. Attention has focused on the back-to-the-city movement of the past half-decade. That’s not to say growth has halted outside I-285.

One new condo building in Midtown represents the re-emergence of Atlanta’s upscale lifestyle.

Prices start in the $700,000s for the building now being built and branded as: “Only a select few will own Seventh Midtown.” The two ninth-floor penthouses are under contract at undisclosed prices, according to the website.

Residents will be able to stroll across Peachtree Street to the Fresh to Order restaurant. For $18.90, F2O will serve an order of grilled chicken, small house salad, wheat berry rice, and iced tea. Tips will add to the bill.

Atlanta Mayor Kasim Reed tacitly talks up this lifestyle in his speeches about the city’s economic development.

“There’s the fact that Atlanta is attracting millennials at a rate that’s competitive with anywhere else on the Eastern Seaboard,” Reed said in remarks prepared for his 2015 State of the City speech. “From Buckhead to the Hartsfield-Jackson Atlanta International Airport, business creation and business relocation are expanding rapidly by any way you want to measure it.” 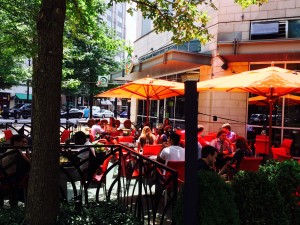 A lunchtime crowd gathers at Fresh to Order, a deli chain that’s opened a franchise in Midtown. Credit: David Pendered

Much of the recent economic expansion has been in the information technology industry. It’s staffed by a significant proportion of millennials, many of whom earn hefty salaries and want to live in the urban core. The average annual IT wage in Atlanta is $82,540, according to a report released in April by CBRE, a major commercial real estate and investment firm that’s tracking the office needs of the IT industry.

Those who choose to reside elsewhere, and work in a job center such as Midtown, or the Perimeter Center business district, or Buckhead or the Galleria, can look forward to improved service from GRTA’s Direct Xpress bus system. Changes are to begin in the first quarter of 2016.

The goal is to improve service in the 12 counties it serves at park and ride lots. Ridership comes from a 40-county region, according to GRTA.

GRTA’s strategy in this re-visioning project is to apply the lessons learned over the past decade that GRTA’s existed, said GRTA Executive Director Chris Tomlinson. Tweaking the routes and schedules is essential to providing a viable commute alternative to the region’s residents.

“We can’t stress enough the critical importance of this,” Tomlinson said at the May 13 meeting of GRTA’s board of directors.

“Overall, we’re reached a state of stasis with ridership,” Tomlinson said. “The best way to stay stuck there is to do nothing. Direct Xpress is trying to come up with a transformative way to set ourselves up for growth, based on what we’re seeing happening with economic development and job growth in work centers.”

Here’s one example of a job center slated to arise along the Ga. 400 corridor. 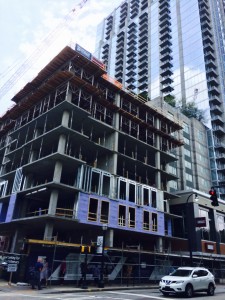 Seventh Midtown is being built in the heart of Midtown’s Miracle Mile. Credit: David Pendered

Traffic volume is projected to skyrocket along Ga. 400 and McGinnis Ferry Road by 2040. The key driver is a new mixed use development that’s projected to add 7,842 new jobs and 9,094 residents, according to a report for the Georgia Department of Transportation by the engineering firm Moreland Altobelli Assoc., Inc.

The first phase of the project is complete, 270 apartments, and the rest is to come online after a planned luxury mall opens in 2018 on the 160-acre tract located at the intersection of McGinnis Ferry Road/ Union Hill Road and Ronald Reagan Boulevard. The site is located at the border of Fulton and Forsyth counties.

Here are the details regarding projected vehicles per day:

Gov. Nathan Deal acknowledged the expected growth of the Ga. 400 corridor with his appointment in April of Ann Miller Hanlon to GRTA’s board of directors.