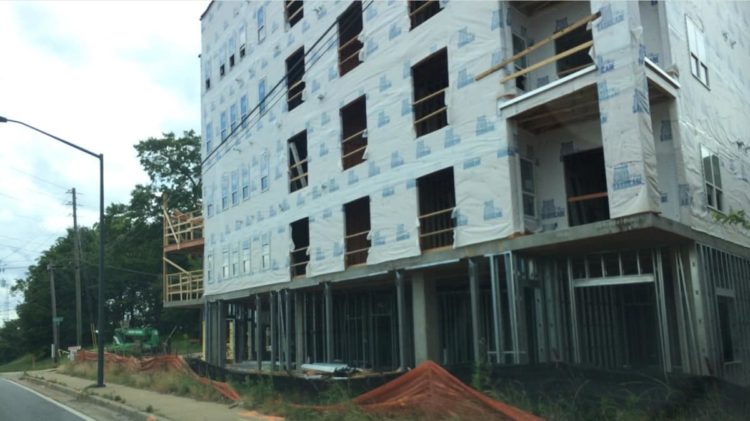 The head of Georgia State University’s Economic Forecasting Center has discounted the likelihood that the Federal Reserve will raise interest rates at meetings next week. 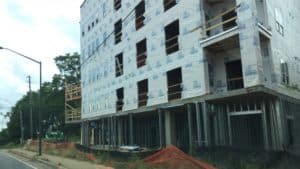 GSU economist Rajeev Dhawan suggested the noise created by the media over various economic reports drowns out the lessons to be learned from the reports. In his “Forecast of the Nation,” released May 26, Dhawan wrote:

Dhawan noted that the FOMC reported that consumer sentiment is high, which he said is true. However, Dhawan went on to observe that because of, “volatility in the stock market and the political uncertainty surrounding the presidential primaries and upcoming elections, ‘the momentum indicator for confidence is not up, but down.’”

Meantime, the May 20 labor report for metro Atlanta by the U.S. Bureau of Labor Statistics underscores Dhawan’s observations that the economic recovery has yet to make up for loss incurred during the Great Recession.

The year is already off to a sluggish start. Dhawan said the state added 22,800 jobs in the first quarter of 2016, which is almost half the number added in the fourth quarter of 2015. Dhawan predicted job growth in 2016 will be weaker than in 2015.

Furthermore, in metro Atlanta, Dhawan predicts that just 23 percent of all jobs created will be well-paying premium jobs – 15,800 premium jobs out of 68,500 jobs he expects will be created.

The Labor Department’s report for metro Atlanta appears to bear out Dhawan’s observations.

Some of the greater job creation from April 2015 to April 2016 occurred in fields that don’t pay premium salaries: 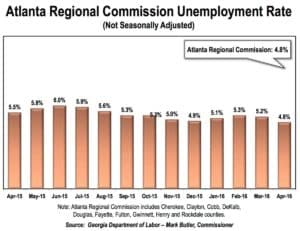 GSU economist Rajeev Dhawan predicts job growth will slow in metro Atlanta in 2016, compared to last year, and only one in four jobs will pay a premium wage. Credit: dol.georgia.gov

The surge in construction jobs is likely to taper off. Dhawan foresees the local construction industry moderating, in line with the national sector, as apartment vacancy rates edge up. The number of building permits for multifamily structures for the first quarter of 2016 are up 10-fold in Cobb County, and are up three times in Fulton County, according to Dhawan.

Meanwhile, some of the region’s lower job creation rates occurred in sectors that traditionally have paid premium salaries:

Previous Article
Gone with the Wind by Kelly Jordan
Next Article
This Memorial Day, Sacrifices of the Past Serve As Inspiration for the Future