In Gwinnett County, local control is the watchword in the campaign for a proposed 1 percent sales tax to expand transit. MARTA will be involved only because state law requires it – and the role is restricted to heavy rail. 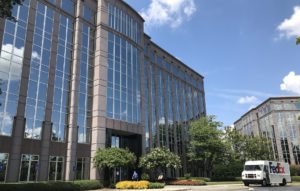 MARTA is equally explicit in stating that Gwinnett County will exercise control over MARTA’s functions in Gwinnett through intergovernmental agreements. These agreements will help address the fact that Gwinnett County does not have a representative on MARTA’s board – because Gwinnett voters have rejected proposals to join MARTA.

The result is a transit proposal that seeks to assure voters that that Gwinnett’s transit tax dollars will not disappear into MARTA coffers, rather than funding bus and paratransit service that’s overseen by Gwinnett officials. The referendum is on the Nov. 3 ballot.

MARTA is required by state law to administer the region’s heavy rail network. This caveat is the reason MARTA’s involvement is required in Gwinnett’s plan to extend heavy rail from MARTA’s Doraville Station to a planned transit hub at Jimmy Carter Boulevard. The plan is part of a proposed countywide transit enhancement.

This state law created a transit authority, the ATL, to unify the governance of transit systems in metro Atlanta in an effort to alleviate traffic congestion and air pollution.

Lawmakers recognized MARTA as the regional provider of heavy rail train service and wrote the following provision into House Bill 930, which then Gov. Nathan Deal signed into law in 2018:

Gwinnett County voters are to decide the fate of a 1 percent transit tax that would provide for a transit hub that could spur the redevelopment of blighted industrial areas along Crescent Drive, near Norcross. Credit: David Pendered
c

Gwinnett County’s official educational materials regarding the transit proposal – Your plan, Your vote, Your choice – has an entire section that’s titled, Local Control.

The third paragraph of the county’s educational campaign details MARTA’s involvement and states, in full:

Asked how Gwinnet will have a voice in the operations of the heavy rail line to be built in Gwinnett, MARTA responded:

Asked about the potential start date for rail service, if voters approve the referendum, MARTA observed:

Asked about the milestones leading to the start of service in Gwinnett, MARTA responded: