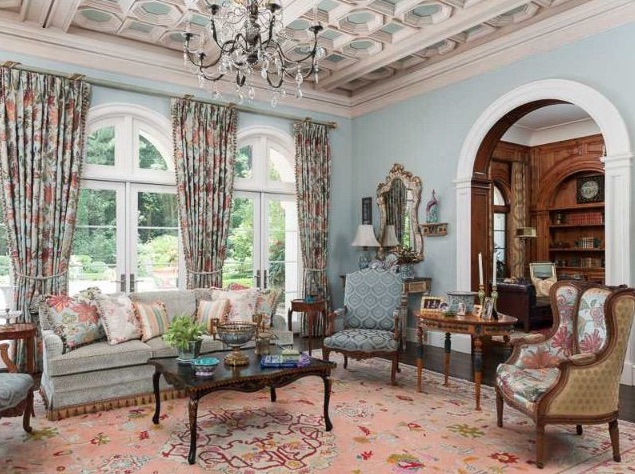 Home prices in Buckhead have traditionally led the region in housing value recovery. The most recent recovery is concentrated in and around Buckhead. Credit: http://buyandsellatl.idxre.com

Editor’s Note: This story has been updated to note that Congress created NeighborWorks America.

Nearly six years after the official end of the Great Recession, a lot of work remains to be done in metro Atlanta to help families recover what for many is their greatest source of wealth – home values. 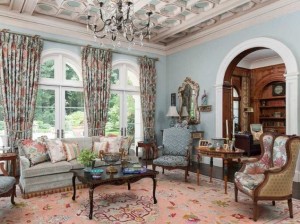 Home prices in Buckhead have traditionally led the region in housing value recovery. This house on Blackland Road is for sale and priced at $14.2 million; Fulton County assessed its value at $3.5 million. Credit: http://buyandsellatl.idxre.com

A central challenge policymakers face is the uneven nature of the recovery in home values that has occurred across the region.

“Housing is very local – block by block, street by street – but there also are some systemic issues,” said John O’Callaghan, president and CEO of Atlanta Neighborhood Development Partnership. “We have to look at systemic changes to provide a quilt of solutions, because no one bullet is going to cure it.”

In parts of Buckhead and Brookhaven, values are up by as much as 71 percent since January 2001. By contrast, values are down by as much as 47 percent in central DeKalb County, south Atlanta, most of Clayton and parts of Henry County, according to Immergluck’s research.

These stats indicate the market is repairing values in more affluent neighborhoods.

Neighborhoods that remain underwater, those with negative equity, may benefit from policy changes that could provide the liftoff needed to reach the point where the market could take over. Otherwise, lenders aren’t likely to provide loans in areas that appear stagnant and the result with be more stagnation, according to Immergluck’s report. 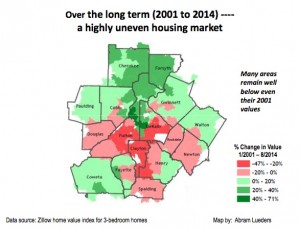 The recovery of home values in metro Atlanta is significantly greater in the northern region. This reality adds to the complexity of policies that could promote more equitable equity gains across the region. File/Credit: Dan Immergluck

There’s an uptick in discussion about the state of the housing recovery in metro Atlanta.

The Atlanta Regional Commission produced a report in February that updated an array of data related to housing costs, including the cost of transportation, which places Atlanta below the 50 percent mark. The city of Atlanta released a five-year plan last month that suggests a number of policies aimed at spurring $100 million in new residential investments and raising the city’s population by 42,000 residents.

Civic leaders are slated to gather March 17 to discuss various types of housing policies. The program titled, “Underwater Atlanta: Addressing Negative Equity in Our Region,” is convened by Piece by Piece: A Regional Foreclosure Response Initiative.

The keynote speaker, Paul Weech, serves as president/CEO of a non-profit corporation created by Congress in 1978. NeighborWorks America funds and monitors more than 230 agencies to fulfill a mission to, “Promote reinvestment in urban, suburban and rural communities by local financial institutions working cooperatively with residents and local government,” according to a description posted on a website of the U.S. Department of Housing and Urban Development.

“One of the benefits of the ‘Underwater’ conference is to remind ourselves … that this is a priority and impacts not only residents of those areas, but also the counties’ property tax collections, buying power of these families, and business starts [often funded by home equity]. It’s an issue that impacts everyone in the region,” O’Callaghan said. 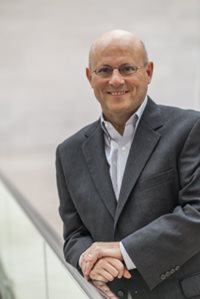 The forum also will serve as a grim reminder that metro Atlanta is tied for first place for the proportion of underwater homes.

In metro Atlanta and Las Vegas, 35 percent of home mortgages are underwater, according to a 2014 report by the Haas Institute for a Fair and Inclusive Society, at the University of California, Berkeley.

O’Callaghan highlighted several policies that are already being implemented, or in the pipeline, that intend to address affordable housing. They include:

Previous Article
Across an array of issues, state-local tensions emerging
Next Article
Look back in panic: Atlantic editor faces, copes with anxiety